Cratering costs that seemed implausible only a few years ago are driving the fast expansion of solar, say analysts at the International Renewable Energy Agency 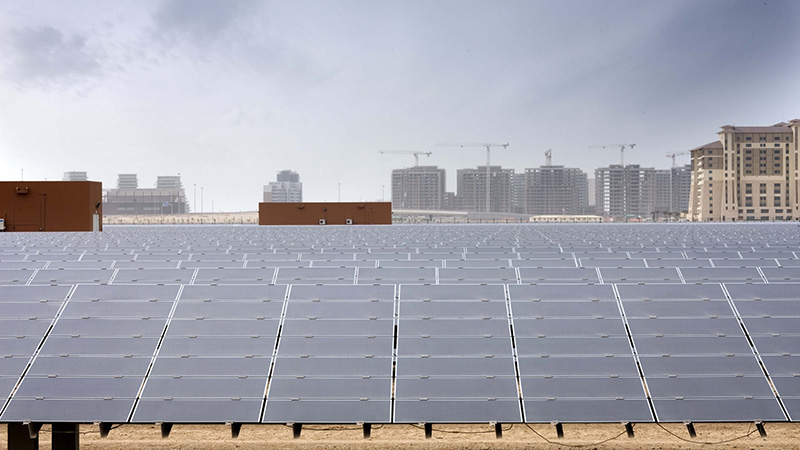 The global share of electricity generated from solar power could leap from 2% in 2016 to 13% by the end of the next decade as falling costs drive investments around the world.

That’s the bullish prediction from the International Renewable Energy Agency (IRENA), an intergovernmental body based in Abu Dhabi, in a report published on Wednesday.

“Analysis from IRENA finds that cost reductions for solar and wind will continue into the future, with further declines of up to 59% possible for solar PV in the next ten years,” said IRENA chief Adnan Amin.

“This comprehensive overview of the solar industry finds that these cost reductions, in combination with other enabling factors, can create a dramatic expansion of solar power globally.”

Solar capacity leapt from 177 gigawatts in 2014 to 227GW in 2015, driven largely by rapid expansion across the US, China and Japan. In contrast, renewables growth in the EU has markedly slowed.

IRENA’s cost predictions edge the high end of expectations, but most analysts agree the prognosis is positive. BP’s 2016 energy outlook, for instance, estimates costs will fall 40% in the next 20 years.

National power auctions through 2015 and 2016 have highlighted the potential of solar to break into new markets previously dominated by fossil fuels.

In May, a solar project in Dubai was awarded to a company offering to supply electricity at 3 cents a kilowatt hour (kWh).

Solar and Saudi Arabia: Riyadh bows to the inevitable

These are lows “that seemed implausible just two years ago” writes Ilesh Patel, a partner with Baringa management consultants in a recent blog.

“If these bids are delivered on time and these new benchmark prices are seen in other markets across the Middle East, Africa, Central and South America and Europe, they are likely to have a transformative impact on the choices faced by investors and governments.”

Solar panel prices could fall further in 2016 due to a glut of supply from China, which is fast approaching its installation limit for the year, says the energy research company IHS.

“World electricity demand is expected to grow by more than 50 per cent by 2030, mostly in developing and emerging economies,” said Amin.

“To meet this demand while also realising global development and sustainability goals, governments must implement policies that enable solar to achieve its full potential.”