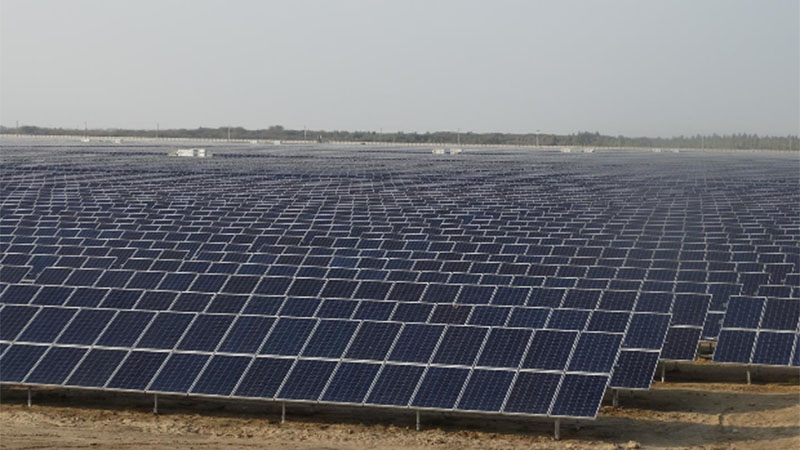 India is on track to soar past a goal to deploy more than 100 gigawatts of solar power by 2022, the country’s energy minister Piyush Goyal said on Monday.

Speaking at the release of a 15-point action plan for the country’s renewable sector, Goyal said he was now considering looking at “something more” for the fast growing solar sector.

“I think a new coal plant would give you costlier power than a solar plant,” he said.

“Of course there are challenges of 24/7 power. We accept all of that – but we have been able to come up with a solar-based long term vision that is not subsidy based.”

In the past financial year, nearly 20GW of solar capacity has been approved by the government, with a further 14GW planned through 2016 according to the Union Budget.

Capital costs have fallen 60% in the past four years and could drop a further 40% reports Deutsche Bank, which said in a report last year solar investment would overtake coal by 2020.

Solar energy prices hit a new record low in January with the auction of 420 megawatts in Rajasthan at 4.34 rupees a kilowatt-hour. In comparison coal tariffs range between 3-5 rupees/kWh.

The looming bankruptcy of renewables giant Sun Edison has left many Indian investors nervous about backing solar, Bloomberg reported last week, but Goyal said the sector had a strong outlook.

“If one airline goes bankrupt I don’t think people stop flying in aircraft,” he joked, insisting India had renewable energy benchmarks that are “unparalleled in the world”.

The Delhi government would “supply expertise” to any poor country that needed help, promising it would “never charge a single rupee”.

“I sincerely believe that what the West is doing in this respect is anti-development and anti the fight against climate change,” he said, accusing rich countries of charging too much for clean technology.

The World Trade Organisation recently incurred the anger of the Modi government when it ruled India was illegally supporting domestic over international solar producers.

“India should stop following the world and now is destined to lead the world as champion for underdeveloped, clean tech and clean energy,” he said.

Levels of climate finance support are an open sore between rich and poor countries, with progress towards a 2009 pledge to deliver $100 billion a year by 2020 still uncertain.

A report from the OECD club of industrialised nations released last year said $62 billion was flowing to poorer nations to help develop them green their economies – a number many contest.

Goyal said he hoped to win more support for an Indian-led global solar alliance when he travels to New York this week to witness the signing of the Paris Agreement on climate change.

“I believe this is the single most important world agreement that is going to be executed on 22 April,” he said.