Solar and Saudi Arabia: Riyadh bows to the inevitable 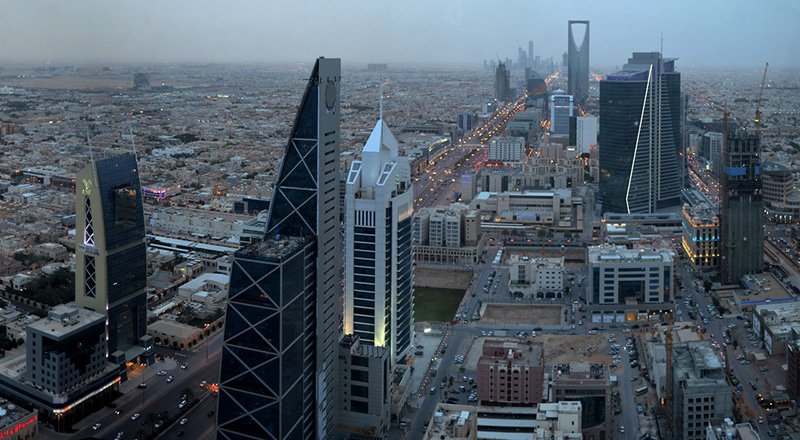 In 2016, the Kingdom of Saudi Arabia has a major opportunity to develop a new industry, an opportunity that became something of an imperative in 2015. Let me examine first the opportunity, then the imperative.

The opportunity involves solar energy, which is fast heading towards becoming the cheapest unsubsidised form of energy on the planet. Last year, solar power plants cheaper than gas plants were built in Dubai and Colorado.

A Saudi company, ACWA Power, built the one in Dubai. We can expect to see more such plants around the world in 2016, and many more beyond.

The main reason is the astonishing cost reduction of solar power. Since 2008, the average cost of a solar power plant, be it on the ground or on a roof, has fallen more than 80%.

Analysts have called this fall “the terrordome”, because it resembles a steep fairground ride on graphs, and because it would strike terror in the heart of any energy utility executive who seeks to resist change and stick to the old ways.

The cost of solar will continue to come down. Even in my cloudy homeland, where the sun rarely shines, solar energy will be cheaper than gas within three years or so.

Investors are increasingly realising that a transformation will unfold in energy markets in the years ahead.

In 2015, for example, the National Bank of Abu Dhabi produced a report concluding that the great majority of global power investment will be in renewables in the years ahead, with solar as a major player.

Another report by Deutsche Bank says solar is closing in on coal-fired power and that prices could fall a further 40% by 2020, creating $4 trillion of value in the next 20 years.

Hardly anybody saw this coming, even solar enthusiasts like me. The International Energy Agency, for example, got it horribly wrong.

Big energy utility companies have started to implement U-turns in their business models in the face of this.

In 2014 and 2015, E.ON, GdF Suez, Enel, and RWE all announced they would be focussing growth on solar, other renewables and energy services, and winding down use of conventional fuels.

The first oil and gas major has yet to join them, but Statoil has set up a renewable energy division, and Total has major investments in solar.

The first oil majors are moving in the same direction as the utilities because the revolution isn’t just about power, but transport. In February 2015, we learned that Apple intends to be mass-producing solar-charged electric vehicles within four years. In May, we saw

Tesla Motors morph into Tesla Energy, a manufacturer of batteries not just for cars but owners of buildings, and utilities. Within a week, it had taken $800 million of indicative orders for its batteries, 60% of them from industry.

I describe other amazing developments like this, in 2014 and 2015, in my book The Winning of The Carbon War, just published.

The opportunity is for Saudi Arabia, with its fuel resource (sun) and its capital from oil revenues, to become a major player in the new global solar industry: a hub in what is likely to become the biggest industry in the world, a few decades from now.

Let me turn to the imperative. There are actually two of them.

The first is domestic consumption of oil for electric power generation. Few Saudi business people will need reminding of this problem, and the government is certainly well aware of it.

Too much oil is being subtracted from export potential by being burned for power. Solar, as senior government officials have themselves said, can do that job better, conserving future national income.

The second imperative is that the world community has just embarked on an orderly retreat from many uses of oil in the remaining decades of this century.

In December, I witnessed what I consider to be a unique milestone in human history at the Paris Climate Summit. A treaty was adopted there, the Paris Agreement, that holds huge transformative power.

There are three reasons for thinking this: stakes, scale, and scope.

There has clearly never been a gathering of world leaders to discuss stakes of the kind under discussion in Paris: a threat to global food and water supply, according to most participants, one that hangs over every nation on the planet.

What did COP21 achieve: decoding the Paris climate deal

Never in human history has there have been a summit to negotiate a treaty on such a scale: one that all nations have obligations under. 195 governments took part. That is every independent nation on the planet, as listed by some agencies.

These governments elected to set aside all the other many areas where they are in dispute to face down a shared global threat, finally, and with seriousness of intent. It was a display of global co-operation without precedent in history.

The scope of the treaty involves a total system change to the lifeblood of the global economy: decarbonisation of energy.

Governments wrote into their treaty the common understanding that they probably need to accomplish this incredible about-turn within the lifetimes of most schoolchildren and indeed college students alive today.

It must seem unbelievable, for people who haven’t been following the long-running climate negotiations. But it is true. And the Saudi government had the courage and wisdom to adopt this agreement along with the rest of the world.

Oil will not be departing the scene any time soon, or even within decades of now.

Even then, large amounts of oil will be needed for petrochemicals. But many oil uses will go, in the face of the global dynamics I describe above.

By then, the Kingdom needs to be the lead player not just in oil, but in solar and related industries.

This article first appeared in Arabic in Saudi Arabia’s nation financial daily Al_Eqtissadaih, the day after the Saudi government announced a plan to set up a two trillion dollar investment fund for the post-oil era.