Exxon and climate change: Why it’s better to engage than divest 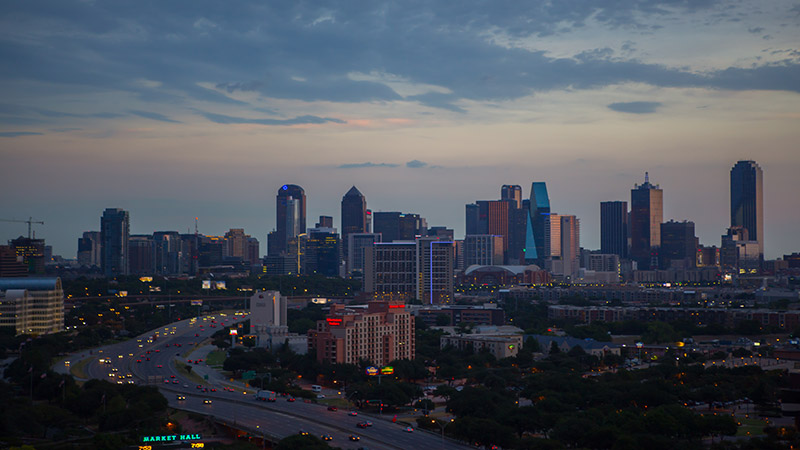 The engagement campaign by investors at Exxon and other big oil companies has had a significant impact on the climate debate over the last few months.

In March Exxon attempted to block a climate resolution by appealing to the US Securities and Exchange Commission, only for the SEC to force Exxon to hold the vote.

The oil giant was warned about its conduct in no uncertain terms: ‘It does not appear that Exxon Mobil’s public disclosures compare favourably with the guidelines of the proposal’.

That’s one side of the coin. From a very different viewpoint some divestment campaigners, including 350 founder Bill McKibben, have criticised the slow pace of progress from engagement.

McKibben is urging investors to divest instead. It’s a valid argument that has gained traction in recent years, but one I think is flawed on a number of levels.

Less than 2 hours to the Exxon AGM. I shall be telling the board they are losing the confidence of their major investors on climate change.

First, we are seeing results. Progress is being made around company engagement, and divestment as a tool for managing climate risk has limits.

I would point to progress at Statoil, Total and Shell, where following years of engagement the argument that oil companies should re-direct capital to clean investment is being accepted.

Take for example Total’s solar expenditure and its newly released climate plan where it pledges to cease drilling for oil in the Arctic.

Will engagement make a difference at Exxon, a company with the ultimate bunker mentality?

The jury is out, but investors at today’s AGM in Dallas will let CEO Rex Tillerson know they are no longer satisfied with his stance on climate science and the company’s role in a sub 2C future.

It is certainly true that engagement can’t yet claim a track record that has materially switched the business plans of big oil.

But engagement is as much about big finance learning to take on a whole sector as it is about oil and gas itself.

Once investors learn new tricks, they don’t go backwards and with 136 resolutions raised against the oil and gas sector in the last two years against 64 in the previous 3 years there are signs they want to learn and act.

The pace may not suit Bill McKibben or any of us, but climate change is challenging investors in ways that not even the sub-prime crisis did.

This year’s Exxon and Chevron AGM’s will see a record 16 climate related shareholder resolutions covering climate change from a wide number of angles.

For the first time, one of these resolutions has been the subject of a unique alignment of interests. Exxon has been asked to prepare a 2C business scenario for its shareholders in a resolution co-filed by the European Aiming for A coalition and New York State Common Retirement fund.

This resolution (item 12 on the agenda) and its Chevron equivalent has been supported by a large coalition of NGO’s including civil society groups who have facilitated thousands of members in 50 countries to pressure their retirement fund to vote for the resolution through their VoteYourPension platform.

Divestment has been rejected en masse by the retirement funds industry which hold the majority of shares in Exxon.

There are already signs that some oil assets are going off market into private equity and hedge funds where Bill McKibben et al will be unable to count them, let alone influence them.

Furthermore, Unions have expressed a strong desire to ensure that this industry does not collapse in a heap forcing millions out of work and whole communities to be stranded.

The advantages of the engage and diversify approach are copious.

Firstly, governments and regulators looking for a market solution would welcome a move to diversify these companies in a non-political way without regulation or carbon pricing.

Second, investors lower their portfolio risk over the long term from a more calamitous end for big oil at a time when regulators have no choice but to react to Mr McKibben’s rapidly worsening climate scenarios.

Thirdly, employees and suppliers would be allowed a smoother transition avoiding the kind of human contagion we saw in 2008.

Finally, and not without some irony, the companies themselves and their management will be rewarded for the transition, cementing their future and allowing them to grow further.

Having demonised oil and gas for some years, making big oil part of the solution is toxic to the environment movement but like the investors they too must learn on the job.

The blunt weapon of destructive capitalism is a grim alternative we experienced only recently after 2008 and it didn’t go very well.

Nobody is suggesting that engagement is a panacea towards a low carbon economy but it is the only strategy where we can align interests of all stakeholders to drive change.

Engagement pressure is accelerating in ways that few could have envisaged in recent years.

Global collaboration between funds, associations and campaign groups can ensure that millions of retirement beneficiaries who ultimately own the majority of Exxon shares can have their long term interests aligned with the capital that Exxon and others have at their disposal.

To drive this change, we must all stay in the game rather than exit and allow a far more dangerous off market game to ensue.

The Exxon AGM will almost certainly see a majority vote for board access by investors and a very strong vote (possibly over 30%) for a 2 degree business scenario.

When this occurs it is time for the divestment movement to realise that accountability in the investment and corporate chain is being rapidly improved.

The stationary energy industry already has many diversified companies who are transitioning and thus this is no longer a simple black and white issue as some of those companies have coal and renewable assets.

We need big oil to join those diversified companies and compete in the new transition and return each year to challenge the companies at every AGM where investors are driven by beneficiaries to vote for change.

You have to be in it to win it.