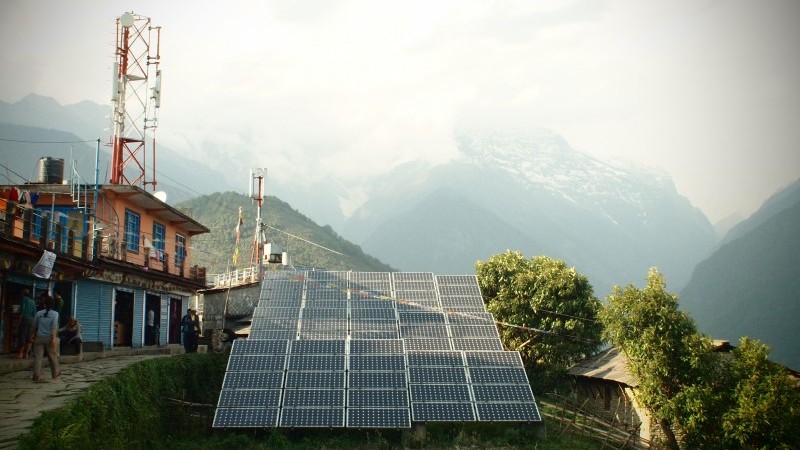 There is a thriving market for microgrids in South Asia, bringing electricity to remote communities.

When it comes to reliability, however, the systems vary widely. Most power lamps and phone chargers for a few hours a day, but not the appliances needed to run small businesses.

That was the main conclusion of research by the International Institute for Applied Systems Analysis (IIASA) and the World Resources Institute (WRI) published on Tuesday.

“If your goal is just to provide people with lighting, these schemes can have quite a big impact,” author Narasimha Rao told Climate Home.

“If your goal is to stimulate rural development… perhaps you need a bit more regulation of those systems. They are not quite delivering that level of service yet.”

The study is based on household surveys and interviews with business owners in two districts of India and one in Nepal.

Researchers chose places with relatively established off-grid systems, which have ramped up over the past ten years.

They found biomass generators in Bihar, India typically supplied 3-4 hours of electricity a day. It is a high maintenance source of power, needing steady flows of fuel, which might be rice husks or energy crops.

Micro-hydro in Nepal was more consistent, delivering 15 hours a day. Indeed, in many cases there was spare capacity.

In both regions, solar home systems were making inroads. These proved most effective in reducing the use of polluting kerosene lamps.

Costs ranged from an estimated US$3-10 a month, with many systems charging a flat household rate regardless of usage.

“The poorest of the poor often pay the highest rates for basic electricity service,” wrote WRI’s Andrew Steer in the foreword. “Regulation of off-grid markets is needed.”

It is pertinent as the Indian government aims to bring electricity to every village by 2017 and every household by 2019.

Across South Asia, an estimated 600 million people do not have access to electricity and millions more have only patchy supplies.

Piyush Goyal, India’s minister for coal and renewable energy, has made clear he wants citizens to enjoy TV as well as electric light.

At an event in Mumbai this month, he mocked Western aid initiatives to bring solar lamps to Africa. “To my mind, one bulb is really not any transformational achievement,” he said.

To meet latent demand, Delhi is planning to double coal output by 2020, as well as installing 175GW of renewables by 2022.

Climate advocates are anxious to see the balance shift towards clean technology as fast as possible, to limit greenhouse gas emissions.