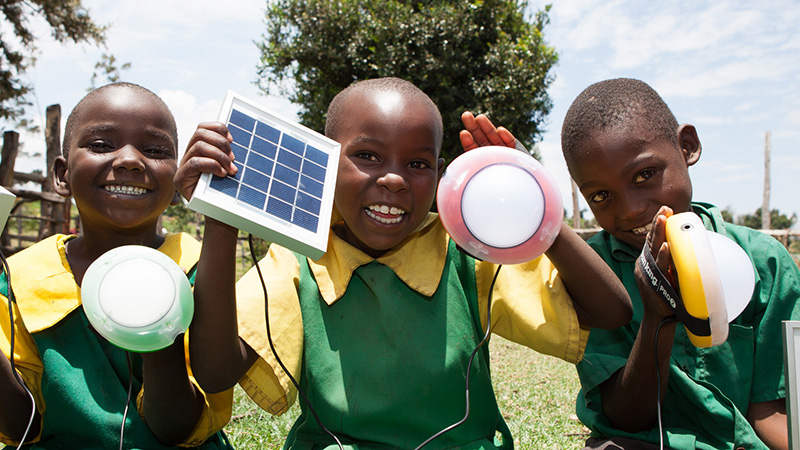 “Some of the western world… they give one solar lamp with a battery and then they gloat about it as if they have done wonderful work,” Piyush Goyal told a meeting at Mumbai University.

“To my mind one bulb is really not any transformational achievement,” he added, arguing for schemes that allow people to watch TV and run fans.

“That should be the level of consciousness, the western world should wake up to reality.”

The UK, US and European Union have projects across the continent to deliver greener forms of lighting to villages without access to grid electricity.

Nigeria, Sierra Leone, Somalia, Ghana, Malawi and Rwanda have signed up to the UK’s Energy Africa scheme, while over 20 countries are part of the US-led Power Africa.

Both aim to help the estimated 600 million citizens in the continent without electricity by accelerating the deployment of small-scale solar technologies.

“On-grid is massively important but most of the projections suggest that’s going to take a long time and won’t reach all the population,” UK development minister Nick Hurd told the Guardian earlier this year.

“That’s why Energy Africa is focused on household solar energy. We think there is huge potential in off-grid particularly, because we see this market developing which we think we, with partners, can turbo charge.”

Separately, Goyal told the same meeting he expected India to meet its goal to deploy 100 gigawatts of solar power by 2017, five years ahead of a 2022 deadline.

The government had approved solar parks with a capacity of 19GW in the last financial year, he said.