Christians, Muslims and Buddhists are among 270 religious leaders showing support for ambitious climate action at New York event on Monday 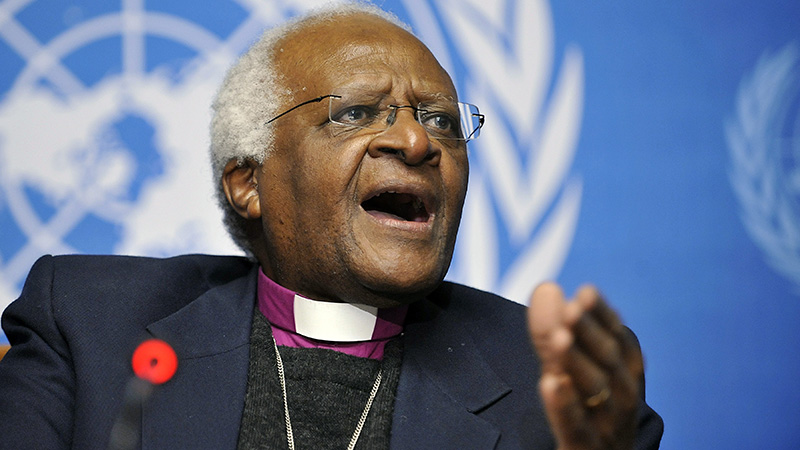 Leaders from all the world’s major religions are set to declare their backing for ambitious climate action at an event in New York on Monday.

The Dalai Lama, Archbishop Desmond Tutu and Pakistani grand imam Maulana Khabir Azad are among 270 signatories of an interfaith statement.

Emphasising each person’s “moral responsibility” to care for our shared Earth, the statement will be handed over to the UN’s Mogens Lykketoft in a ceremony at 11:00 Eastern Time.

It comes ahead of a gathering of national leaders on Friday to sign the landmark climate pact agreed in Paris – a necessary step towards its entry into force.

“Humanity is at a crucial turning point,” according to the statement. “We as faith communities recognize that we must begin a transition away from polluting fossil fuels and towards clean renewable energy sources.

“It is clear that for many people significant lifestyle changes will have to be made. We must strive for alternatives to the culture of consumerism that is so destructive to ourselves and to our planet.”

Crib notes: Leaders head to New York to sign Paris climate deal
Analysis: After the Pope’s plea, what do other faiths think on climate?

It calls for rapid action to curb greenhouse gas emissions, with global levels peaking in 2020 to keep the possibility of a 1.5C warming limit within reach.

People of faith are encouraged to reduce their own carbon footprints, divest from fossil fuels and invest in cleaner sources of energy.

Radhanath Swami of the International Society for Krishna Consciousness is one of the speakers at Monday’s event, to be held in the Church Center for the UN.