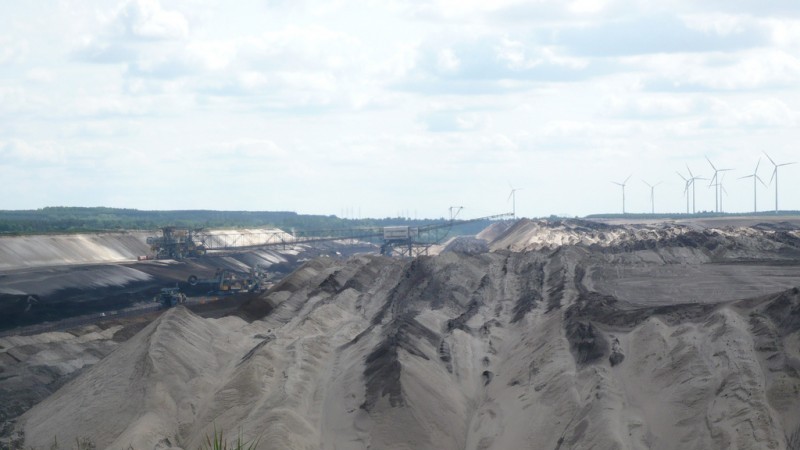 An opencast lignite mine in East Germany (Flickr/GuenterHH)

Climate campaigners are urging the Swedish government to block the sale and instead close down the installations, which are some of the most polluting in Europe.

Sabrina Schulz, head of the Berlin office for think tank E3G, said it was “the worst possible outcome”. EPH has a reputation for aggressive cost-cutting and as a private company selling wholesale energy is not accountable to shareholders or consumers.

Daniel Kretinsky, chair of EPH managing board, owns Wonderful Yacht Holdings Ltd, a company set up in the British Virgin Islands to buy a catamaran.

Both said they had not done anything illegal and a spokesperson for EPH said Kretinsky “never used any illegal or unethical methods in tax planning”.

Yet the revelations could raise uncomfortable questions in Stockholm.

Vattenfall is divesting its lignite installations under political pressure to cut its carbon footprint. It is aiming to slash emissions to 21 million tonnes by 2020, from 84.3 million tonnes in 2015.

The new owner will continue running the dirty plants, however, defeating any climate benefit.

E3G’s Schulz added: “The Swedish Government wants to come clean on carbon but is achieving the opposite. The transition out of coal will be difficult enough. It needs to be managed by responsible stakeholders.

“We can assume that this deal would be at the expense of either the environment or the workers or safety. The ultimate liabilities, not least for reclamation of the land, would end up with the state and hence the taxpayer.”

While the value of the deal has not been revealed, it is not expected to raise much for Sweden’s coffers. Analysts in October 2014 estimated the value at around €2 billion, but since then power prices have plummeted.

And lignite’s days are numbered as the German government develops plans to slash emissions 95% by mid-century. As part of that, environment minister Barbara Hendricks has said: “It is completely clear that we need to exit fossil energy sources.”

The mine operator will be expected to manage that phase-out and bear costs for recultivating the land.

In pictures: Germany coal mine occupation

Anti-coal coalition Ende Gelaende (“here and no further”) announced plans for a mass protest at one of Vattenfall’s opencast lignite mines in Lusatia, East Germany, between 13 and 16 May.

“The climate crisis is about to spiral out of control if we keep burning fossil fuels – especially lignite, the dirtiest of all fossil fuels,” said organiser Hannah Eichberger.

“Any new buyer will be facing the climate movement’s resistance. Whether it’s Vattenfall or EPH, we won’t rest until the last mine is closed.”

A Swedish climate activist named only as Annika added: “As a nation that aspires to be at the frontline of sustainable development, the Swedish government simply cannot approve this deal.

“Vattenfall is owned by the state and we, the people, have a say in this matter.”