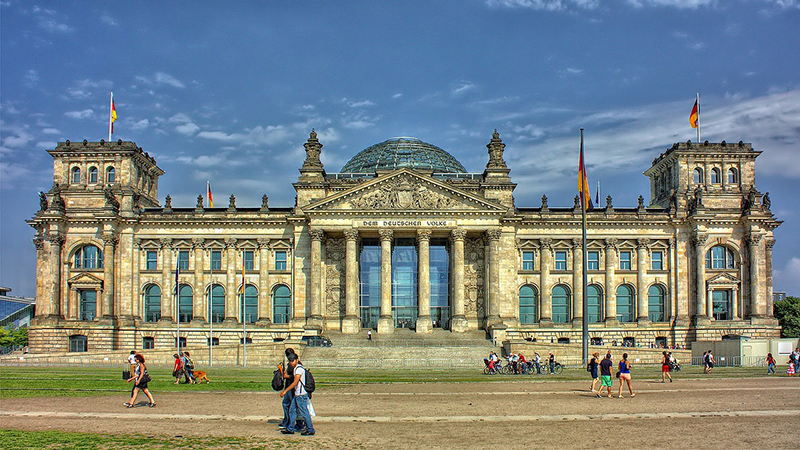 Germany is drawing up an action plan to reduce its greenhouse gas emissions 95% from 1990 levels by 2050.

Drawing on a public consultation launched last year, the environment ministry expects to present the proposal to cabinet before the summer recess.

It is a “mammoth task with profound implications,” environment minister Barbara Hendricks said at a conference in Berlin. “No sector will be excluded from this transition.”

The long term target is at the higher end of the 80-95% range agreed across the EU, based on holding global temperature rise to 2C.

“There are places in the world where the extent of global warming can mean the difference between survival and destruction,” she said.

Emissions were 27% lower than 1990 levels last year at 908 million tonnes of CO2-equivalent, according to official data, leaving a huge undertaking to reach the 95% target.

At the second annual Berlin Energy Transition Dialogue, hosted by the foreign ministry, the focus was on expanding renewable energy.

There was no mention of the coal sector, which continues to be Germany’s main source of electricity. Nor did the federal environment agency’s official estimate that carbon dioxide emissions increased 0.7% last year come up. 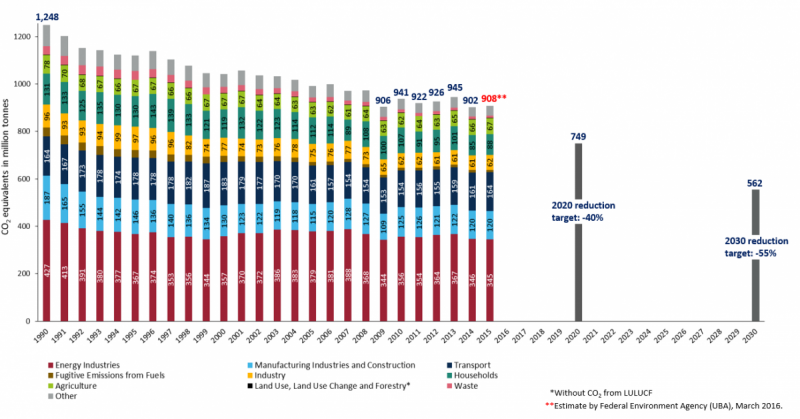 “We are convinced our energy transition is one of the most effective climate policy instruments,” said Hendricks.

The German vision of community-owned wind, solar and bioenergy production to reduce reliance on nuclear and fossil fuels was touted as a model. In 2015, renewables supplied a record high 32.5% of the country’s power demand.

Thomas Silberhorn, a senior official at the development ministry, cited partnerships with Ghana and India on integrating renewable capacity.

Germany is the single biggest donor, with €3 billion, to the Africa renewable energy initiative, which aims to install 10 gigawatts across the continent by 2020.

“If we want to ensure the survival of humankind on this planet, we need a global energy transition,” Silberhorn said.

One of the intellectual pioneers of citizen-centred energy, Lovins said: “Germany’s choice of the disruptive energy system, supporting the new and not just protecting the old, might just save the world.”