Organisers say 1,000 activists got into RWE’s opencast lignite mine in Rhineland, Germany on Saturday and halted diggers 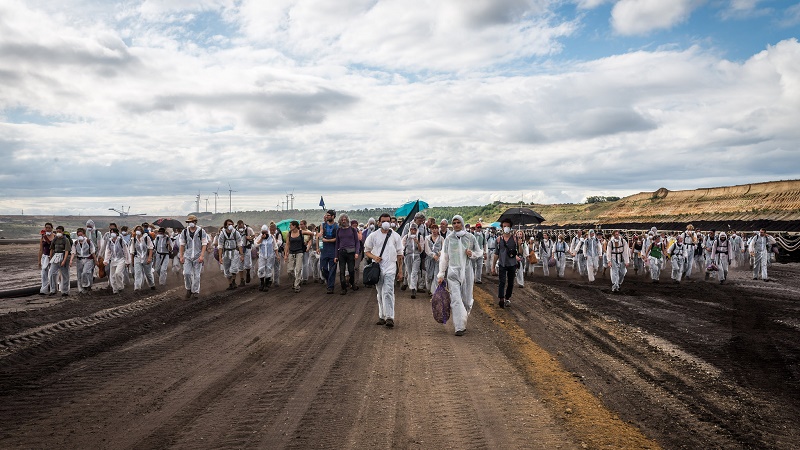 Some 1,000 activists got into coalfields in Germany on Saturday and halted diggers, according to organisers 350.org.

Setting off from a camp before 7am, they split into “fingers” and entered the RWE opencast lignite (brown coal) mine from different directions.

In white overalls emblazoned with Ende Gelaende – “here and no further” – the protesters targeted the site as one of Europe’s biggest sources of greenhouse gas emissions that drive climate change.

Payal Parekh, 350.org global managing director, said: “That so many people came together to confront a major polluter through an act of civil disobedience holds a promise for the path ahead.

“No matter the outcome of the climate negotiations in Paris this year, people are building power to accelerate the unstoppable energy transition and keep the fossil fuels we simply cannot burn in the ground.” 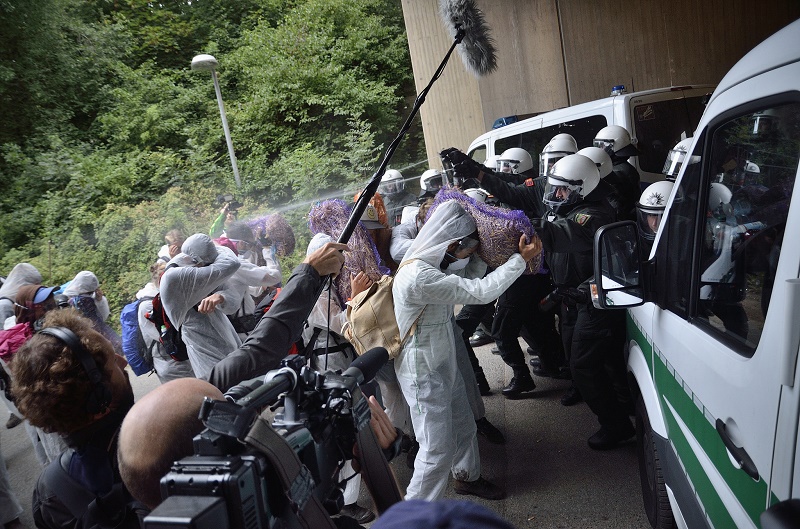 Police block the path of protesters and use pepper spray (Tim Wagner/350.org/Flickr)

Their presence was matched by 1,200 police officers, who used pepper spray, batons and teargas to try and stop protesters, news site RT reported.

A mooted counter-demonstration of coal unions did not materialise.

A spokesperson for RWE said the company was considering legal steps against some of the protesters for trespassing, but could not confirm how many.

In a statement, RWE added: “The entry of the mines is not allowed to the public. To enter the premises of our mines is dangerous for all people who are not familiar with the work safety regulations.

“The police will determine which violations of law have been committed on Saturday. RWE will check how we will take legal actions against the relevant offenders.” 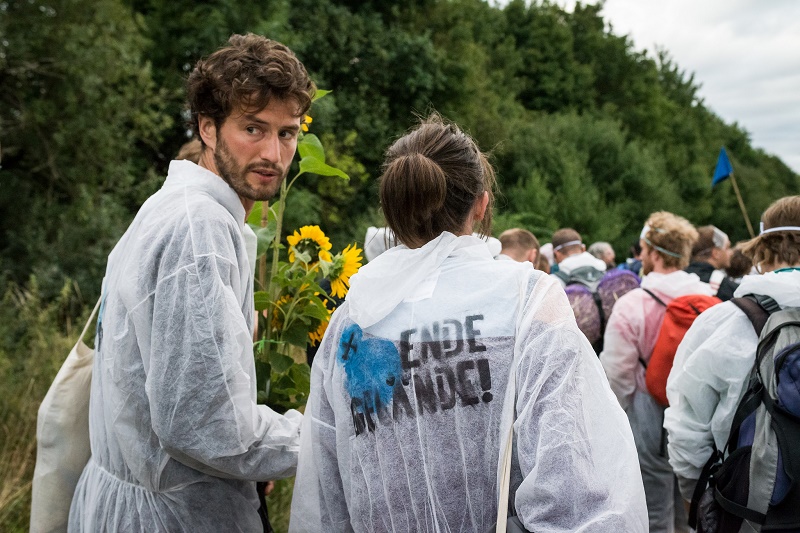 The campaigners were highlighting the need to wean economies off fossil fuels to tackle global warming.

Governments have agreed to limit average temperature rise to 2C above pre-industrial levels. Around half that warming has already happened.

Scientists calculate 89% of Europe’s coal reserves need to stay in the ground to keep to the 2C threshold.

Yet Germany remains reliant on coal for more than 40% of its power generation. 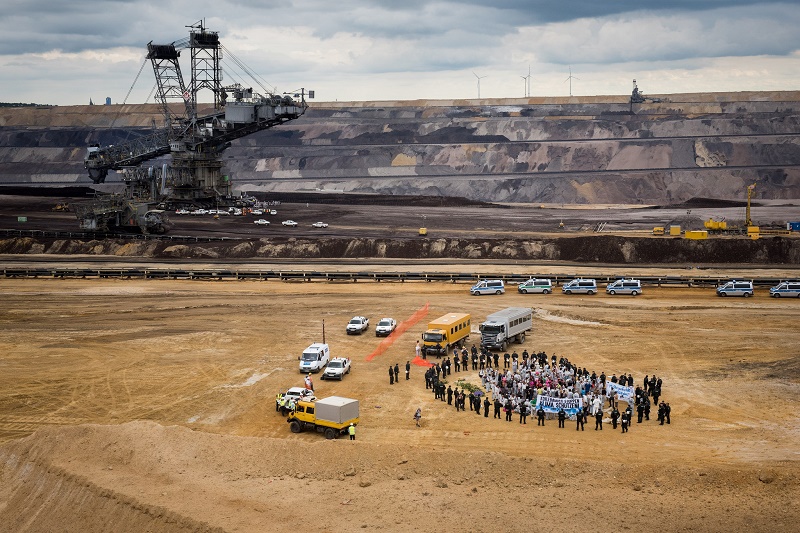 At least four out of five massive diggers were brought to a halt as the activists infiltrated the site. 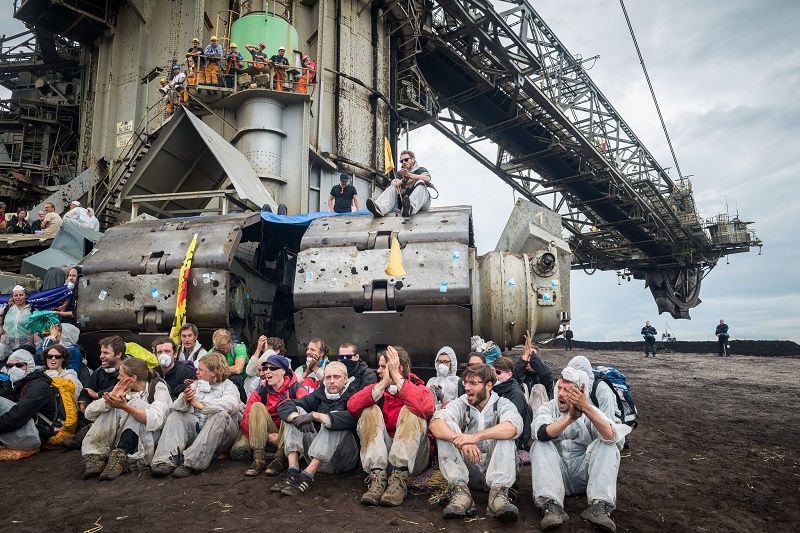