COMMENT: EU plans lock in weak ambition to 2030, undermining the review mechanism it fought for in December’s UN agreement 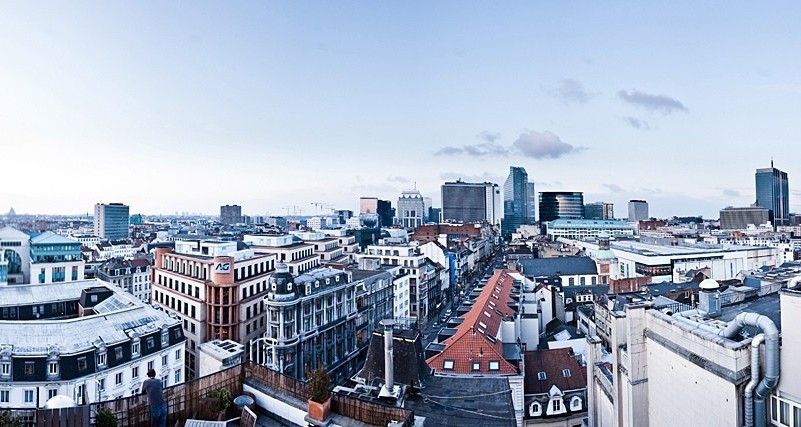 Brussels talks up its climate leadership, but where is the action? (Flickr/Romain Ballez)

That was the triumphant speech EU climate chief Miguel Arias Canete gave to journalists on returning from December’s UN summit.

Three months later, it is a distant memory. The latest proposals from Brussels appear to undermine everything he fought for in the UN pact.

To many they are an insult to those stuck on the frontline of climate impacts. The very people Europe affected to champion in Paris.

And they are an affront to emerging economies like India who swallowed their complaints about historic injustice to accept tougher global carbon-cutting goals.

Report: EU plans no change to climate target before 2030

One of Brussels’ priorities at the UN talks was to establish a “ratchet” mechanism for all countries to ramp up their commitment every five years.

So it was agreed that countries would submit national climate plans every five years, starting in 2020, which should “reflect its highest possible ambition”. These would be informed by international meetings to take stock of progress in 2018 and 2023.

That is why climate watchers are so dismayed by the European Commission’s post-Paris report. It was the first official document to signal how the unprecedented global consensus would translate into action. The answer: it won’t – at least not before 2030.

To be fair to Canete, he started managing expectations at that first press conference home. It would be for the next European Commission, in 2020, to bring forward more ambitious climate plans, he said. There would be no instant overhaul of the bloc’s agreed 2030 target: an emissions cut of “at least 40%” from 1990 levels.

The latest document lowers expectations still further, anticipating no change of course at the 2023 stocktake. Rather, that forum is “relevant for considering progressively more ambitious action by all Parties for the period beyond 2030”.

Any sense of urgency has gone out of the window.

Why the loss of enthusiasm? Well, the EU2030 climate and energy framework was hard fought. As last week’s environment ministerial showed, the bloc is not of one mind on this.

Germany, France and other – mainly wealthy – states see opportunities in a low carbon shift. Eastern and Baltic nations are the voice of scepticism, fearing the impact of tight emissions curbs on energy prices.

With refugees and Brexit dominating the Brussels agenda, leaders do not want to reopen this debate. Heads of state don’t plan to discuss it at next week’s Council meeting, Bloomberg reports.

Instead, the Commission’s focus is on the detailed legislation to deliver on the agreed goals. Here, there is still hope – and risk – for climate advocates.

Arguably, with its “at least 40%” goal, the Commission already has a mandate to go deeper.

Think tank Sandbag has set out how it could do that through carbon market reforms. The EU is on course to overachieve its 2020 targets. It should cancel 1.5 billion surplus carbon permits and adopt a tighter cap on tradeable emissions, analysts recommend.

That seemingly technocratic fix is still up against the lobbying might of heavy industry. They complain anything that pushes up the carbon price – as this would – threatens manufacturing jobs. It is a point politicians are sensitive to.

But if the EU cannot see past the special interests and stalls ambition at 40%, the diplomatic risks are substantial.

While its share of global emissions has shrunk below 10%, ironically decreasing its importance in climate discussions, the EU remains influential.

As a major importer of cars and appliances, its sets efficiency standards that others tend to follow. Its renewables policies have scaled up demand, cutting the cost of clean technologies.

More than that, as the beneficiary of decades of coal and oil-based growth, the EU must show that life after fossil fuels is possible.

India’s environment minister Prakash Javadekar is fond of saying that rich countries need to “vacate carbon space” for the developing world. Why should Delhi bring more to the table in 2020 if the EU is protecting business as usual?

As one of Canete’s vaunted allies, Philippines minister Emmanuel de Guzman, remarked drily: “It’s time we see the EU leadership we so often hear about.”