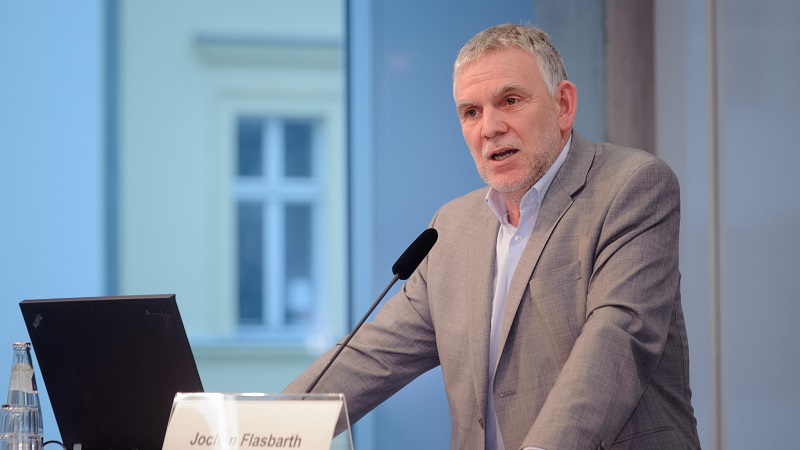 Germany, Austria, Portugal and Luxembourg are leading calls for the EU to increase its 2030 climate targets in light of December’s Paris agreement.

At a webcast meeting of environment ministers on Friday, they criticised the European Commission for advising no change was needed.

Several others spoke of the need to fully participate in the 5-yearly reviews of national climate plans set out in the UN text.

Officials’ response to the historic international pact lacked “oomph”, said Austria’s Andra Rupprechter. “We would have expected more in the way of ambition.”

That left the door open to increasing efforts, subject to a strong international deal.

The Paris pact set a tougher global goal than many observers expected, to hold temperature rise this century “well below” 2C and aim for 1.5C.

Yet Germany’s Jochen Flasbarth noted references to “at least” had disappeared, describing the communication as “very weak” on that point.

Carole Dieschbourg, Luxemburg minister and one of the EU’s lead negotiators in Paris, called for the 2030 framework to be updated as soon as possible.

“We mustn’t waste time,” she said. “We might find that our credibility is undermined if we don’t do this.”

Report: EU plans no change to climate target before 2030

Other member states rejected the case for a higher target, however, with Hungary, Lithuania and Italy saying it was already hard to achieve.

“This is not a time for divisive issues such as raising ambition,” said Italy’s Gian Luca Galletti.

It comes as the EU embarks on reforms of its emissions trading scheme (ETS) and negotiations over effort-sharing between countries. Both are fiercely contentious.

On the ETS, environmentalists argue radical changes are needed to push the carbon price up from current lows of €5 a tonne and spur clean investment.

They face off with heavy industrial lobbies who complain this will make them uncompetitive, if not matched by similar measures overseas.

For emissions not covered by the carbon market, there will be tussles over how to allocate national responsibility for the 40% goal. Hungary argued that needed to be settled before countries could ratify the Paris deal.

France hopes to start its national process before a UN signing ceremony in New York next month and complete the formalities this summer.

It was important to reflect the 1.5C goal in revisions to the ETS, she added. “We have to ensure that we are very much at the forefront of low carbon economies.”

At the New York meeting, the World Bank will convene a high level panel on carbon pricing, Royal highlighted. By encouraging taxes and trading schemes worldwide, it could address some concerns about “carbon leakage”.