Priority for Brussels in next five years is to implement new set of climate policies, not aim for tougher targets says climate commissioner 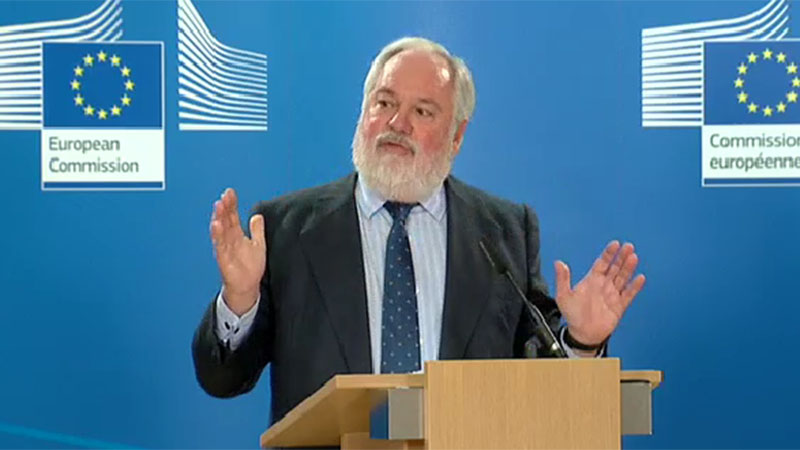 “In 2020 we can come along with more ambition but it will be for the next commission,” he said, two days after 195 countries agreed an historic new climate pact in Paris.

The EU-28 has a goal to slash emissions 40% on 1990 levels by 2030, but the UK, Germany and France have in the past suggested it could aim for 50% using carbon credits in the event of a new global deal.

According to the Climate Action Tracker EU policies are expected to see emissions fall 22-27% by 2020.

On Monday Adidas, Puma, Aldi and 27 other German businesses urged Brussels to adopt tougher targets, including boosting efficiency goals from 27 to 40%.

As one of the architects of the self-styled ‘Coalition for Ambition’ at the Paris talks, Canete supported the inclusion of a goal to “pursue efforts” to limit warming to 1.5C, half a degree lower than an older well-established 2C threshold.