Beijing’s bold economic reform plans could speed emissions cuts – but can they coexist with a crackdown on free speech? 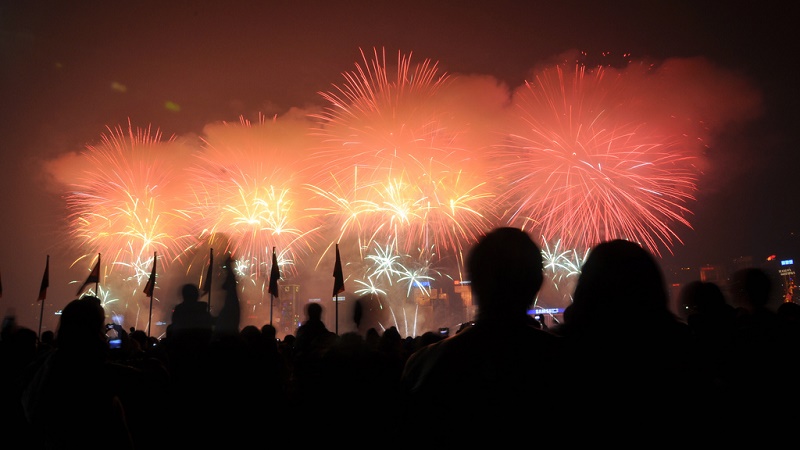 As fireworks light up the sky for Chinese new year, not everyone is celebrating.

Human rights lawyers are in detention for “subversion of state power” and a record 49 journalists were jailed last year.

Western concerns about the Communist Party’s controlling stance have not stopped the two sides working together on climate change.

A 2014 US-China agreement to curb greenhouse gas emissions is widely credited with unblocking global cooperation on the issue.

Beijing is developing bold plans to green its vast national economy. But does its crackdown on free speech threaten that shift?

“There are not any examples where the kind of authoritarianism we have seen in China coexists with the kind of economic growth it is trying to achieve,” she says.

“We have seen in the past few years a reassertion of party dominance, a reassertion of ideological control… [That is] concerning if you think that government taking its hands off these levers is an important factor in China’s development.”

The command-and-control structure might seem, in some ways, to make it easier to guarantee carbon cuts.

China is installing wind farms, solar panels and nuclear reactors at a phenomenal rate. In 2014, it added 56 gigawatts of clean energy capacity, four times as much as the US.

When air pollution in cities got too toxic to ignore, authorities simply closed down the most polluting plants. In response to a glut of coal on the market, they blocked new mines.

But it has its downsides. With no independent judiciary and a muzzled press, it is easy enough for lapses to go unpunished.

“If you look at what cleaned up environments elsewhere, a lot of it was about well informed, well funded civil society taking polluters to court,” says Hilton.

“In the top-down system, everybody is trying to please their boss. Without horizontal checks and balances, it is really hard to keep that system honest.”

And cleaning up China is about more than wind turbines – although that is the part most analysts focus on.

The government target is to peak emissions by 2030, cutting carbon intensity (emissions per yuan of GDP) 60-65% from 2005 levels.

Many people have modelled China’s emissions over the next fifteen years, to see if this is feasible. As the world’s biggest emitter, its trajectory is critical to global efforts.

In a special issue of the journal Climate Policy last November, Chinese and European academics published a review of 89 scenarios produced by 12 models. They come out with wildly varying results, landing anywhere between 8 and 18 gigatonnes of CO2 in 2030.

The biggest revelation, however, is what the models have in common: they pay no attention to the wider economic structure. That is a major omission.

All the signs from the history of development, Beijing’s policy pronouncements and recent data point to a profound economic shift.

As economies mature, they tend to outgrow heavy industry in favour of higher paid and less energy-intensive services.

Having built its reputation – and trashed its environment – as the “workshop of the world”, China is looking to do the same. The buzzword is a “new normal” of more modest growth, focused on high value sectors rather than mass production.

Early figures show coal use dipping for a second year running in 2015, on 7% GDP growth. As the main source of pollution, coal use is closely linked to emissions.

“This is not just a blip,” says Fergus Green, researcher at the London School of Economics. “I think we can expect a relatively flat trajectory over the next decade.”

Last year, he co-authored a paper with renowned climate economist Lord Stern arguing that China’s emissions are likely to peak in 2025, or even earlier.

If he’s right, it doesn’t mean climate watchers can stop worrying about China’s impact. Like the US and EU before, the Asian giant could clean up at home by outsourcing some polluting activities. Beijing is quietly extending tentacles abroad, investing in not-so-green coal power plants in Pakistan, for example.

“A radical shift could be possible,” says Nick Hughes, researcher at UCL and co-author of the Climate Policy paper.

“If this kind of transition did happen, it would imply China doing less exporting and more importing… this further underlines the need for an international approach to decarbonising the manufacturing sector.”

As far as territorial commitments are concerned, it suggests a 2030 peak is well within China’s grasp.

“China certainly can do what it has promised,” says Hilton. “Everyone I talk to in China says these are really quite modest ambitions.”

But economic transformation means a growing middle class – people who might find the leisure time to question the ruling elite.

In a conflict between reform and party supremacy, it remains to be seen which will come out on top.

Those born in the year of the monkey are supposedly curious, innovative and mischievous. Will a reformed China let those qualities thrive?