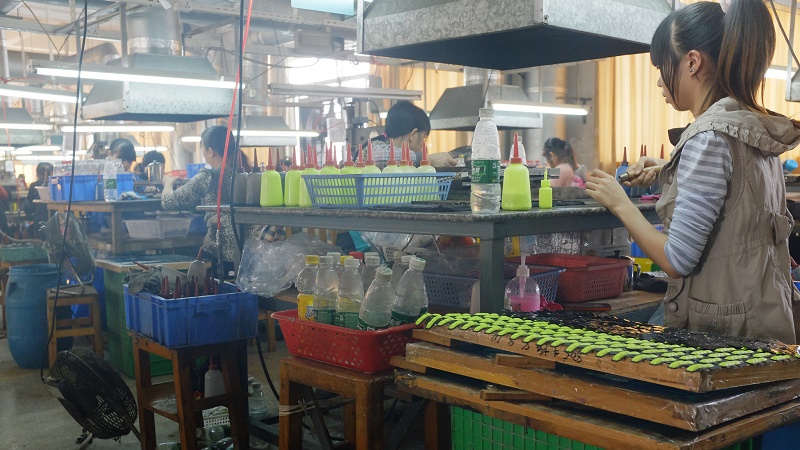 Factories and power plants across China will be need pollution permits under national market plans (Flickr/The.Rohit)

The development of a national carbon market in China is perhaps the biggest single tool for slashing greenhouse gas emissions in the world.

According to UK envoy Sir David King, who recently returned from Beijing, it could ultimately link up with the EU’s emissions trading system (ETS).

But recent data from China’s seven regional pilots shows a surplus of allowances is depressing the carbon price – as happened in Europe. That makes it a weak signal for investment in clean technology.

The decisions the world’s top carbon polluter makes in the coming months about the design of a national market, due to open in 2017, are critical.

On Monday, Carbon Pulse reported allowances in Beijing and Shanghai were trading at record lows, of US$4.92 and $1.37 a tonne of CO2 respectively. Prices across the seven pilots are forecast to remain low.

There are a number of explanations. One is that regulators were overly generous in handing out permits to keep industry sweet. Another is that they underestimated the impact complementary policies, such as shutting down the dirtiest coal plants, would have on demand.

That echoed the EU trajectory, where renewable energy and efficiency targets undercut the need for pollution permits, slashing the price.

The experience “bodes poorly” for the national scheme, Dimantchev tells Climate Home. He suggests a floor price would make the market more resilient to falls in emissions – one option the Chinese government is considering.

In other ways, Beijing has learned from Brussels, says Jeff Swartz of the International Emissions Trading Association (IETA).

It is going through a vast data collection exercise, training 100,000 people and getting companies to report their historic emissions. That will shape the distribution of allowances over the next few years. In contrast, the EU ETS launched with little information available about participants’ track records.

Swartz says: “The government has done a fantastic job in getting industries ready for data reporting and collecting. The seven pilots have helped a lot in that.”

IETA does not comment on carbon prices. Its position is to let the market decide.

But pricing levels are significant both for clean investment within a jurisdiction and potential trading between them.

In Europe, the price at €6/t (US$6.5) is far lower than policymakers initially envisaged. All the same, it is not low enough to stop heavy industries complaining the extra cost drives investment overseas – known as carbon leakage.

In practice, this line of argument tends to lead to a race to the bottom, with multinationals lobbying for weaker rules in Europe. In theory, it needn’t be that way, if other countries up the pollution penalty to match.

Linking carbon markets levels the playing field and it’s already happening on a regional scale. California is joined to Quebec. Switzerland is poised to trade with the EU, subject to political negotiations.

Officials have their eye on the biggest hook-up of all: EU and China.

Speaking at an International Energy Agency event on Friday, the UK’s Sir David said: “The Chinese government is interested in talking to EU of talking about a united cap and trade between EU and China.

“It’s clearly needed to ensure there are not multiple prices of CO2 emerging… eventually we may achieve a single market.”

It’s not going to happen overnight. China’s national scheme is not expected to enter full swing until 2020, for starters.

Meanwhile the EU has committed to achieve its 2030 emissions targets domestically, burned by forays into international carbon offsetting. The UN-backed Clean Development Mechanism and Joint Implementation foundered on poor quality control, corruption and – in some cases – outright fraud.

“Politically it is very difficult, because once you have linked to another carbon market, you have to have trust in the other partner,” says the watchdog’s Femke de Jong. “The trust was there with Switzerland but for China that is a much bigger exercise.”