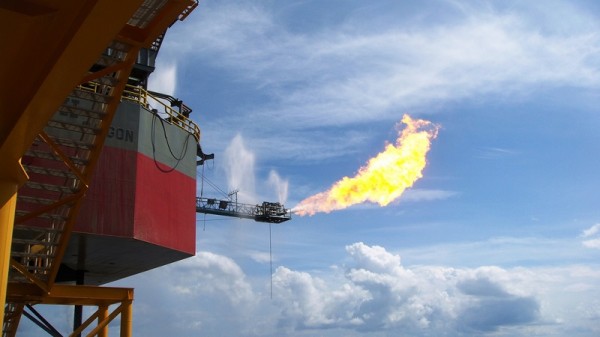 Gas flaring: Russian companies claimed carbon credits for investments they would have made anyway (Flickr/Ken Doerr)

A UN-backed carbon offsetting scheme enriched Russian and Ukrainian companies but made climate change worse, according to a damning new analysis.

In the first study to look in depth at the “joint implementation” mechanism, the Stockholm Environment Institute found flawed carbon accounting was widespread.

It actually increased emissions by some 600 million tonnes of CO2 equivalent, researchers estimate – more than a year’s worth of UK emissions.

Anja Kollmuss, lead author and SEI associate: “We knew, going into the research, that we would probably find a rather large number of projects that had problems. But we were surprised at the extent.”

Joint implementation was introduced to allow developed countries to trade some of the carbon-cutting commitments they had made under the Kyoto Protocol.

The idea was to direct finance towards the most cost-effective projects, while preserving the overall level of climate benefits.

Typically, an industrial emitter in the EU would buy carbon credits from a Russian company to avoid making more costly investments itself.

One of the key criteria was “additionality” – the issuing company had to show it needed carbon revenues to make the emissions cuts.

Yet since its inception in 2008, the scheme has been dogged by reports of weak environmental standards.

The SEI report shows just how prevalent bad practice was. Some 73% of credits were issued for projects that would likely have gone ahead anyway, it found.

The major winners were Russian and Ukrainian companies, which issued 90% of the credits.

In Russia, the most common type of project was to use gas produced as a by-product of oil extraction, instead of flaring it. In Ukraine, it was preventing coal waste fires.

Many of these initiatives were already under way when the developers saw the opportunity to cash in on the UN scheme, according to the study.

They were “clearly not motivated by carbon credits,” said Vladyslav Zhezherin, an independent consultant in Ukraine and co-author of the study. “This was like printing money.”

This essentially amounted to “damaging the climate for profit,” said Lambert Schneider, an SEI associate and co-author of the study.

Nearly all projects (97%) were regulated by their national governments.

But Russia and the Ukraine had no process for investigating or prosecuting dodgy dealers, said Zhezherin.

“We don’t know for sure, but we suspect there was some element of corruption in getting these projects approved.”

In a statement to RTCC, Konrad Raeschke-Kessler, vice-chair of the Joint Implementation supervisory committee recommended the whole mechanism should be supervised collectively by countries.

“This study focuses on that part of JI that is not subject to international oversight, but is instead left up to the individual countries to administer and ensure integrity,” he said by email.

The main reason for governments to quality-control the carbon credits issued was that they had to cancel an equivalent volume of their own emissions allowances.

But since the collapse of the Soviet Union, Russia and Ukraine’s industrial bases had shrunk drastically, making their Kyoto targets easy to meet.

These lax standards meant the market was flooded with cheap offsets, diverting funds from projects that could have delivered genuine benefits.

Kollmuss added: “You can have a lot of countries who carefully issue offsets, but if you have a couple of bad actors, you can impact the whole market.”

Joint implementation is now effectively dormant. No more credits can be issued until countries ratify an extension of the Kyoto Protocol. Only 36 have done so.

In any case, demand is weak, as most countries are outperforming their Kyoto goals.

But policymakers must learn from its mistakes, the report authors said, as countries aim to strike a new global climate deal in Paris this December.

Some would like to see a Paris deal endorse a role for market mechanisms – posing an “urgent need” to make sure they are environmentally sound.

“You could definitely do it [carbon offsetting] in a more robust way, if there is political will to do so,” Kollmuss told RTCC.

That would require ambitious national targets, backed by clear international accounting rules and oversight, she said.

But Kollmuss questioned whether there was political will to enforce strict standards. “From the discussions I have seen so far, countries don’t want that,” she said.