Fertilising algae with iron filings is no easy climate fix, study finds, as benefits in one region will be offset elsewhere 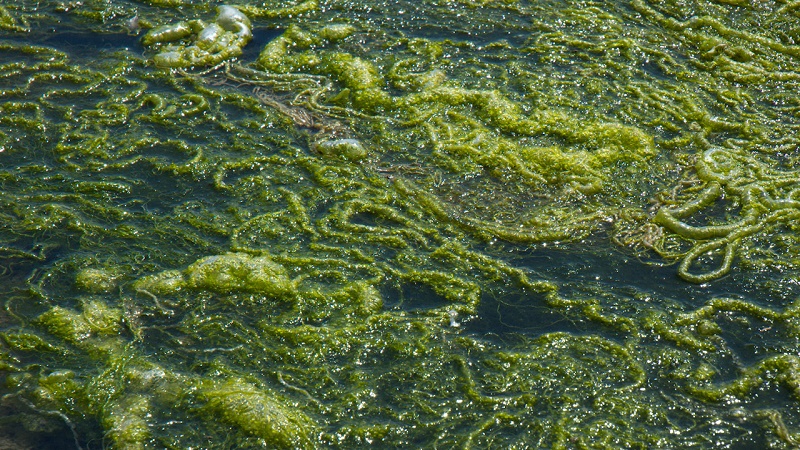 One keenly-argued possible way of moderating the build-up of carbon dioxide in the atmosphere may not work, scientists have concluded.

They say there is evidence that seeding the oceans with iron so that the algae that live there will multiply and devour more CO2 − thus preventing it reaching the atmosphere and intensifying the human contribution to global warming – is not as promising a solution as its supporters hope.

The extra iron can certainly stimulate the algae to grow more vigorously, but at a cost. More algae in one part of the oceans may mean there will be fewer in other areas, the researchers say.

They report in Nature journal that the depths of the central Pacific Ocean contain ancient sediments that cast doubt on iron’s ability to slow the Earth’s steady temperature rise.

In parts of the oceans that lack the iron that plants need, algae are scarce. Experiments have shown that dumping iron into these areas can encourage algal growth, so large-scale fertilisation could theoretically reduce atmospheric CO2.

The seafloor sediments the team studied show that, during past ice ages, more iron-rich dust blew from cold and barren landmasses into the oceans, apparently producing more algae in these areas and, presumably, a creating natural cooling effect.

But the researchers say increased algal growth in one area can inhibit growth elsewhere, because ocean waters are always on the move and algae also need other nutrients, such as nitrates and phosphates.

If you give them heavy doses of iron, the researchers say, the algae in one region may consume all those other nutrients, leaving the water with little to offer by the time it circulates elsewhere, so that adding iron achieves nothing.

“The basic message is, if you add to one place, you may subtract from another”

The study’s lead author, Kassandra Costa, a doctoral student at Columbia University’s Lamont-Doherty Earth Observatory (LDEO), says: “There’s only a limited amount of total nutrients in the oceans. So if there’s greater use in one area, it seems you’d have lesser concentrations in other areas. The basic message is, if you add to one place, you may subtract from another.”

Much of the equatorial Pacific’s near-surface water comes from the Southern Ocean, where powerful winds circle Antarctica, helping to dredge large amounts of nitrates, phosphates and other nutrients from the depths where they tend to settle.

The nutrients are so abundant that the resident algae cannot use them all, and artificial fertilisation experiments have shown that adding iron there does cause more algae to grow.

Much of this nutrient-rich water eventually sinks and, in a century or two, reaches the mid-Pacific, where it meets opposing currents from the north and rises, making the nutrients available to near-surface algae. But most of these nutrients pass on by; the mid-Pacific is too far from iron-rich dust sources on land for algae to make much use of them.

In 2012, LDEO scientists took cores from the seabed in the region. Costa and her colleagues analysed sediments from the cores dating back to the last ice age, 17,000 to 26,000 years ago. They found two or three times more dust reaching the area compared with today, because of reduced plant cover in the cold, dry climate.

Marine plant growth might have been expected to have increased accordingly, but it didn’t. The sediments showed that productivity stayed the same, or even declined.

The team concluded that algae in the southerly latitudes, which were also dusted at the same time, snapped up the iron, along with most of the other nutrients, leaving the Pacific algae high and dry.

One of the study’s co-authors, Jerry McManus, LDEO professor of geochemistry, says: “This shows how different parts of the system are connected. If you push hard in one place, the system pushes back somewhere else.”

The study itself does not say so, but McManus adds that it suggests “we should be very careful about thinking we can use artificial fertilisation to combat climate change”.