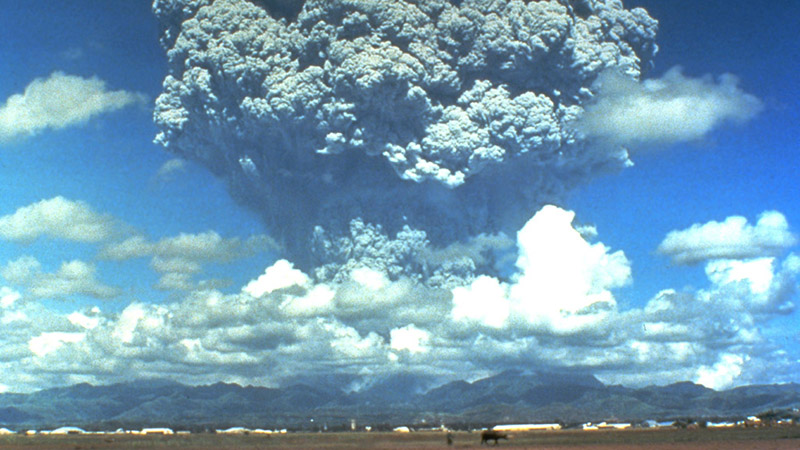 The plume from an eruption at the Pinatubo volcano in 1991. Scientists investigated aerosols released into the atmosphere for its effect on the ozone (Wikimedia commons)

Controversial methods to engineer the climate are no substitute for cuts to greenhouse gas emissions over the next decades, European researchers have concluded.

Stripping carbon gushed by industrial plants or dimming the sun’s rays through spraying sulphates have been proposed as techniques to keep a global temperature rise to a “safe” level.

But a consortium of 14 institutes, EuTRACE, warned against such targeted interventions due to issues developing the nascent technologies and high costs, in a report published on Wednesday.

“It is not yet clear whether it is possible to develop and scale-up any proposed climate engineering technique to the extent that it could be implemented to significantly reduce climate change,” said Naomi Vaughan at the Tyndall Centre for Climate Change Research at the University of East Anglia.

The planet cannot warm more than 2C from pre-industrial levels by 2100 to avoid catastrophic climate change, countries and scientists have agreed.

To stay within that target, emissions will have to fall to net zero at some point in the next half-century, according to the UN’s science panel, the IPCC.

With emissions on course to overshoot the target, scientists are exploring geoengineering options to keep the planet cool.

Countries shouldn’t count on these untested methods, the report cautions. 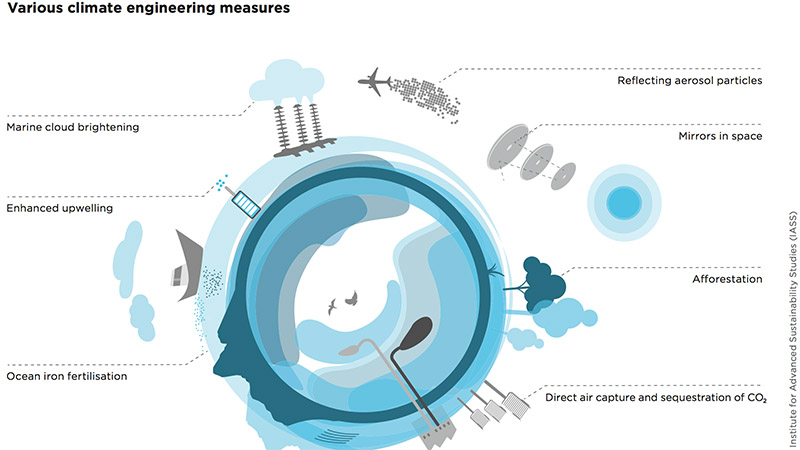 “It is important to understand the possibilities and problems associated with climate engineering proposals, in order to make decisions on them in a responsible manner,” said Mark Lawrence, the project’s coordinator and scientific director of the IASS Potsdam.

“But it would be irresponsible, based on all we know so far, to expect climate engineering to significantly contribute to solving the problem of climate change in the next several decades.”

The report stated it was “sensible” to continue to investigate techniques such as carbon capture and storage, stratospheric aerosol injection, or ocean iron fertilisation to understand their potential.

Carbon re-capture was not an “easy option” to stop climate change, said Stuart Haszeldine, professor of carbon capture at the University of Edinburgh.

“Inventing and constructing climate engineering is far too slow, it is not clear who will pay, and there can be negative impacts on many countries, often poorer nations. Who will choose?”