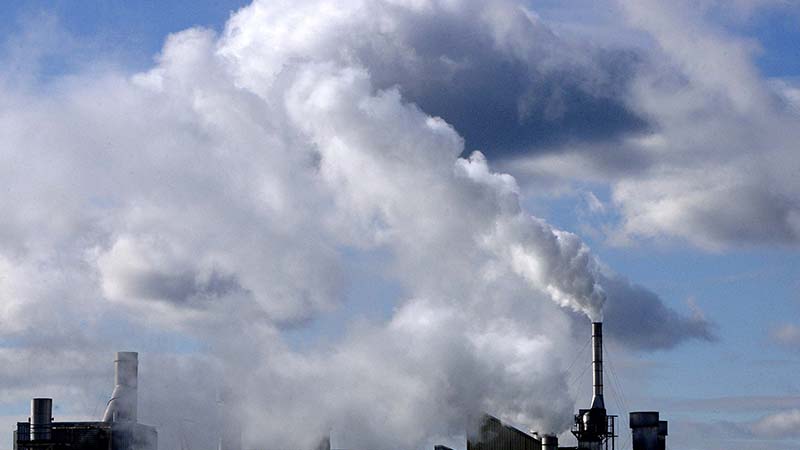 A draft Paris climate deal would see countries “pursuing efforts to limit the temperature increase to 1.5C” above pre-industrial levels.

That was the result of a campaign by countries vulnerable to climate change impacts, citing evidence a 2C threshold is dangerous.

But does it deliver the greenhouse gas emissions pathway to get there? At a packed briefing on Friday, leading climate scientists were sceptical.

“The COP21 still has a job to do – they have to make the 1.5 to 2 degrees thing consistent with the long term goal,” said Hans Schellnhuber, director of the Potsdam Institute.

To have a “reasonable chance” of holding warming to 2C, the world economy should be decarbonised by 2070. For 1.5C, that moves forward to 2050, Schellnhuber said.

Countries have not been able to agree on the phrase “decarbonisation” in a text, which implies phasing out coal, oil and gas.

Options that would clearly state global emissions need to fall either 40-70% or 70-95% by 2050 were also dropped from the latest version.

Instead, it calls for “greenhouse gas emissions neutrality” in the second half of the century. That leaves the door open for fossil fuel use to be offset with tree planting or negative emission technology.

“The aspiration and rhetoric in the current text… will not deliver reductions in CO2 emissions,” said the Tyndall Centre’s Kevin Anderson.

“The language of neutrality masks the assumption that we will be able to suck very significant amounts of CO2 out of the air.”

That is not a given, as many carbon negative technologies are unproven or require large swathes of land, competing with food crops.

Glen Peters, scientist at CICERO, told Climate Home on Monday 1.5C effectively requires a fossil fuel phase-out by 2030. He later clarified that was without negative emissions or the immediate introduction of a global carbon price, which are some of the assumptions in 1.5C models. His personal view was chances of achieving 1.5C were “extremely slim”.

It has kicked off a lively debate, with some scientists welcoming the more ambitious target and others urging caution. Carbon Brief has rounded up a range of views.

Whether the Paris deal ends up with a 1.5C or 2C target, that needs to be backed up with action on emissions, scientists underlined.

“At the moment I would view the current text as weaker than that which came out of Copenhagen,” Anderson added, urging an explicit reference to keeping 90% of fossil fuels in the ground.

International aviation and shipping, responsible for around 5% of global emissions and rising, are not mentioned – unlike in 2009’s Copenhagen Accord.

And the Paris deal is structured around voluntary national pledges, which deliver emissions cuts that only hold warming to a projected 2.7C.

Negotiators’ answer to that shortfall is regular review cycles, for countries to ramp up their ambition.

The EU is pushing for the first “stocktake” in 2018/19, then every five years. But India, the world’s fourth largest emitter, has appeared reluctant to revisit its goals so soon.

Campaigners warned that as drafted, the “ambition mechanism” is still too weak.

Martin Kaiser, head of international climate politics at Greenpeace, said: “Action needs to start now, not in 2025 when the next round of [national climate plans] is due. That is far too late…

“If we wait to 2025, we are waving goodbye to a safe, stable climate future – and putting in peril the lives and livelihoods of millions of our fellow citizens.”