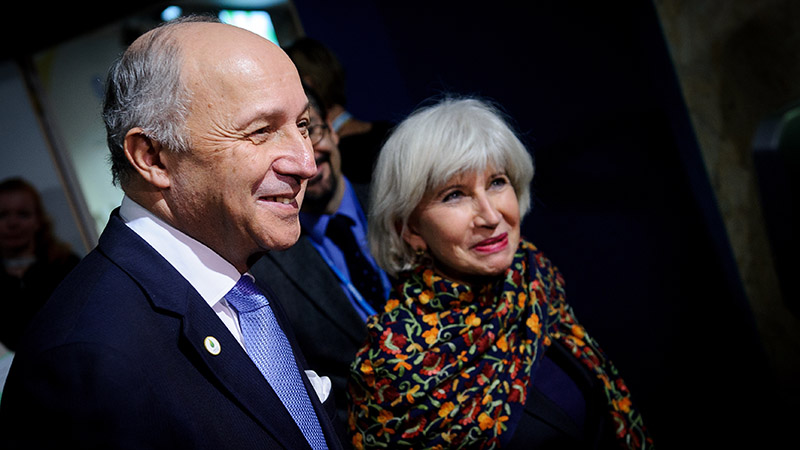 It is little over a month since Laurence Tubiana helped engineer agreement on a greenhouse gas slashing pact between 195 countries in Paris, and she is keen to build on that success.

The top priority is maintaining what she terms “political momentum”. Governments were closely involved in the build-up to Paris, but world leaders have short attention spans.

A stuttering global economy and fears of a Chinese financial meltdown are a “new element,” she says. “Frankly I don’t know what negative impact it will have.”

France and Morocco – which will host the 2016 UN climate summit in Marrakech – plan to organise a series of ministerial meetings throughout the year to maintain a spirit of cooperation.

The first is primed for April, a month in which world leaders are expected to arrive in New York to officially sign the Paris agreement.

Invites from Ban Ki-moon have been sent to all capitals. The day will be a “symbolic call for political mobilisation,” says Tubiana.

US president Barack Obama is rumoured to have bagged himself the first slot to ink the deal; ratification through his executive authority – bypassing Congress – could follow soon after.

Analysis: 9 reasons to be cheerful about global climate action

Paris was “beyond my expectations” admits Tubiana, a veteran from previous climate summits who had seen similar attempts to achieve global consensus descend into acrimony.

Developed, developing and emerging economies agreed on a plan to radically cut fossil fuel emissions by the second half of this century.

National policies submitted towards the deal aren’t ambitious enough to meet the global goal. So governments settled on a series of five-yearly reviews to assess climate policies, with the option of ramping up carbon cuts over time.

“We thought it would have been very difficult to finally get this. I was happily surprised with what we got,” she says. 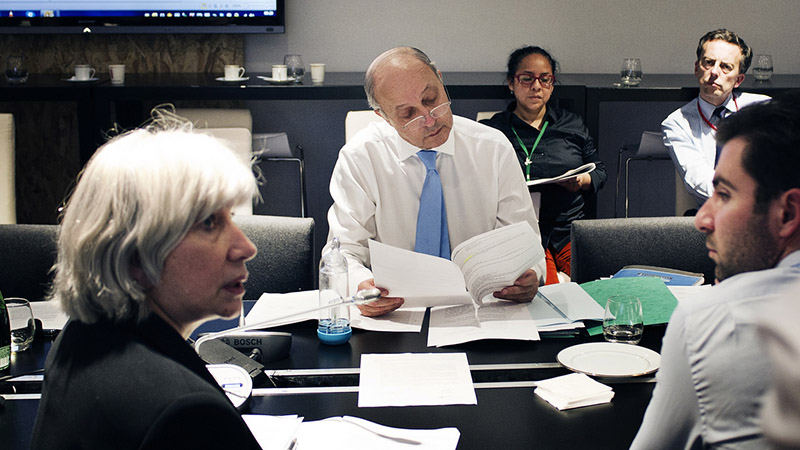 Yet while the 32-page Paris text and an accompanying ‘decisions’ document offers a framework for global action, it omits to mention how many of its targets will be achieved.

For instance, it establishes a ‘Capacity-building Initiative for Transparency’ but leaves the tough decisions over how deep officials will delve into national climate policies for another day.

India and China are unwilling to have their plans pulled apart by foreign powers and will likely oppose any move to give this transparency mechanism real teeth.

This will dominate a May session of UN talks in Bonn and November’s Marrakech summit. It needs intense “political mobilisation” to ensure it doesn’t get bogged down, says Tubiana.

“We will open discussions and then try and capture a landing zone,” she says, indicating her hectic travel schedule shows little signs of diminishing.

Time is not on the side of the UN or efforts to tackle global warming. Average temperatures passed 1C above pre industrial levels in 2015, which was also the hottest year on record.

Concentrations of CO2 in the atmosphere are also at record highs, passing the symbolic 400 parts per million last year, up from around 320ppm in 1960.

To be in with a chance of limiting warming to “well below 2C” – as agreed in Paris – emissions need to peak in the next decade.

The 188 national climate plans presented ahead of Paris won’t make that happen, so Tubiana is banking on a new round of pledges before 2020.

A proposed UN progress review in two years is critical she says. “If everything goes well we will have more mobilisation of countries by 2018.”

Equally important is delivery of long term climate plans up to 2050, a little-reported element of the Paris deal but one the French and the UN believe could turn the tide on fossil fuels.

China, France and the US have committed to working on long-term scenarios, while the EU is looking how it can fund research among member states.

Coal and petroleum would need to be replaced by nuclear, renewables and some natural gas, while nascent carbon capture technologies must become widespread.

“For me it’s very important as that’s the way government would begin to imagine how they can be compatible with what we agreed in Paris,” says Tubiana.

“That was the logic of having this long term objective of net zero [in the second half of the century]… 2050 goal is a milestone in a longer term process.”

Despite news it’s likely to miss an EU-mandated 2020 target to deliver 23% of electricity from renewables, France appears committed to maintaining a strong focus on climate through 2016.

Tubiana believes business leaders are on board with the deal, a hunch borne out of meetings at the World Economic Forum in Davis last week.

President Francois Hollande was in Delhi this week laying the foundation stone for a new 120-country solar alliance, while environment chief Segolene Royal headed to New York for a UN climate investor’s summit.

Rumours abound Foreign minister Laurent Fabius may be saying goodbye to the Quay d’Orsay soon, but Tubiana insists he will remain as UN talks president for the rest of the year.

“He is very committed and preparing intensively to play his role till the end,” she says. “We are working with Morocco, and I’m confident. It’s important to keep the momentum.”