Car use dropped and local politicians were praised for decisive action, but a partial driving ban did not lead to cleaner air as many had hoped 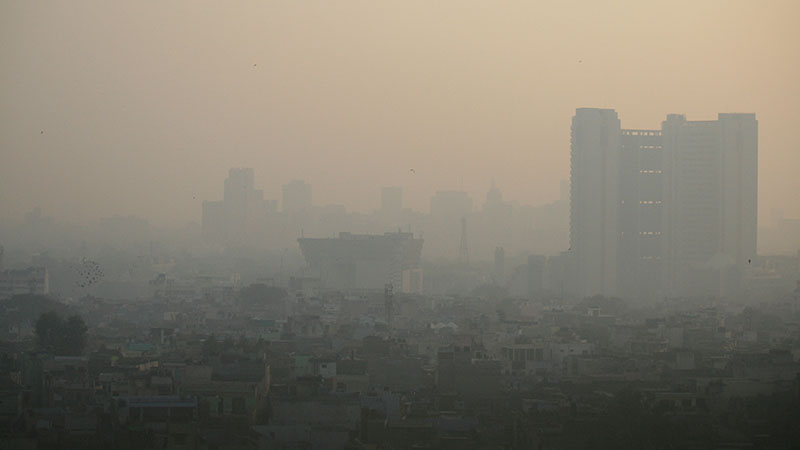 The WHO says the air in Delhi is the most polluted for any city on the planet, responsible for up to 30,000 deaths a year (Pic: Jean-Etienne-Minh-Duy-Poirrier)

By Siddharth Singh in Delhi

It also refers to gaming the system to your advantage. Over the past few weeks, Delhi has seen instances of each, in its much needed fight against air pollution.

Delhi’s PM2.5 levels [tiny particles of pollution released by burning fossil fuels] have been at critically high levels, making the city the world’s most polluted, far ahead of Beijing.

Among a host of measures taken by the local government of Delhi to deal with the issue – including shutting down two coal-powered power plants in the city – the one that caught the most attention was the odd/even traffic rule.

This policy entailed that private cars (except if they run on CNG) with even numbered registration numbers would be allowed to travel on even numbered days, and odd on odd. This rule was implemented between 1-15 January.

This policy solution may not be original but is certainly innovative and purported to be a quick fix of a systemic problem.

Toxic Delhi: Earth’s most polluted city has no plan to cut emissions

Even before the odd/even trail started, people expected it to be a failure, as it involved the participation of the public, which is tricky to implement given public transport is already stressed in the city.

People assumed that Delhiites would find jugaads around the rule. However, much to the delight of the local government, the campaign was a success when it came to the participation and implementation.

The 15 days were characterized by low traffic and uncongested roads. It showed that the policy could work, and that people did care (even if they did so to avoid the fine for non-compliance).

The project was declared to a success in a display of jugaad in the political messaging.

An attempt to limit emissions from cars in Delhi worked better than many expected https://t.co/2nK3R30Txg pic.twitter.com/UzMNDhnGjr

Where success was not immediately apparent, however, was the impact of the rule on air pollution levels – to tackle which this policy was implemented in the first place.  There are several reasons for this.

Firstly, the share of 4-wheeled private transport in the emissions mix is not very large, so any impact from reduced vehicle trips would have been small in percentage terms.

A ‘source appropriation’ study done by IIT Kanpur reveals the shares of PM2.5 pollution by various sources in Delhi: transport has a 20% share, the industry has a 11% share, domestic activities are 12%, and road dust is a massive 38% of the total.

Among vehicles, two-wheelers contribute to 33%, buses to 4%, and four-wheelers (i.e. cars) to 10% of the PM10 and PM2.5 emissions. This 10% includes private cars as well as taxies. Note that the latter have been exempt from the odd/even rule.

To sum up, the share of non-CNG private cars in the PM2.5 mix is rather small in percentage terms to have a major, noticeable impact on air pollution indices in Delhi. There may be a reduction in absolute terms, but the quantity of this has not yet been estimated.

The second reason why the success of this trail was not apparent is that there is no appropriate reference case to compare it with: it would be fallacious to compare it with PM2.5 levels in the previous years or in the weeks before the trial because of meteorological reasons.

Further, while pollution levels remained alarmingly high even during the trial period, intuitively, it should have been higher still with more cars on the road.

However, fewer cars on the road also mean faster traffic, which could lead to more road dust being kicked up. As the IIT study claims, road dust is a bigger contributor to the PM2.5 and PM10 stock.

Unfortunately, Delhi’s air pollution problem is compounded by its unfavorable geography and regional meteorology. The burning of agricultural residues in neighbouring states contribute significantly to its poor air quality.

This remains outside the purview of the state government.

Further, the lack of adequate winds though the year leads to the accumulation of particulate matter in the air, even though the per capita transport sector emissions from Delhi is arguably lower than windier cities in the country due to its expansive public transport (the Delhi Metro alone accounts for over 2 million trips daily).

To make a dent on air pollution in the city, systemic efforts will have to be made, including the diversion of tens of thousands of trucks that use Delhi as a thoroughfare every night, tackling biomass burning, industrial pollution in neighbouring states, and indeed, even curbs on private transport on days when pollution levels are critically high.

While the odd/even rule itself did not address the air pollution problem in Delhi, it did prove that demand side behavioural changes can be brought about if the government has the will to do so.

Siddharth is an energy security, macroeconomic and political analyst based in New Delhi, India. Follow him on twitter @siddharth3