Ing-wen Tsai, who leads the presidential polls, envisions a ‘nuclear-free homeland’ with a bigger role for energy efficiency and renewables 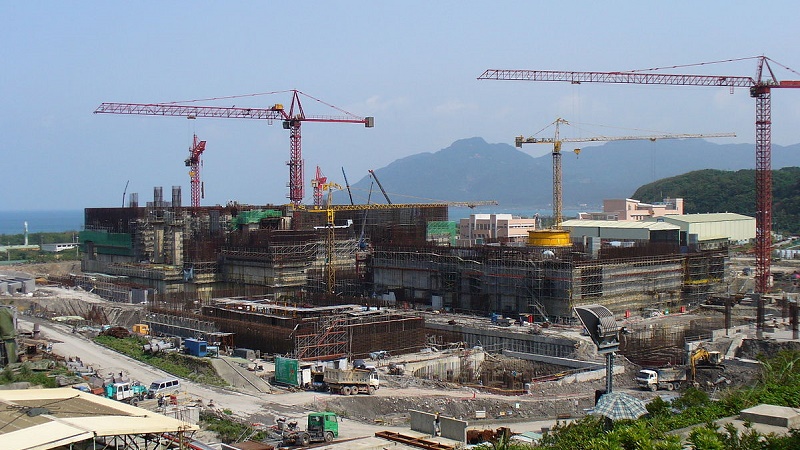 Known as “nuke 4”, Lungmen plant has cost US$10 billion to build, but its future is uncertain (Pic: Wikimedia Commons)

Taiwan is facing a phase-out of atomic power, with nuclear sceptic Ing-wen Tsai tipped to win a presidential election on Saturday.

The island state’s three operating nuclear plants are due for retirement by 2023. A fourth, 90% built, was mothballed last year in response to protests from a public spooked by Japan’s Fukushima disaster.

Opinion polls predict a landslide victory for Tsai, with her Democratic Progressive Party (DPP) in with a chance of its first ever parliamentary majority.

Her vision of a “nuclear-free homeland” has been dismissed as “unrealistic” by the incumbent Kuomintang (KMT) party.

The exclusion of a major source of low carbon electricity, which accounts for 19% of supply, raises tough questions about Taiwan’s climate goals.

Kwang-yin Liu, reporter for Taiwan’s CommonWealth Magazine, told Climate Home by email: “No matter which party takes office – KMT or DPP – the challenges will be the same: with the policy of decommissioning the old nuclear reactors in place, Taiwan will need to increase its budget dramatically in developing renewable energy sources in order to cut emissions.

“However, [with] an absence of both the political will to raise the electricity price and a clear roadmap to investing in renewables, these goals are almost impossible to achieve.”

Taiwan is responsible for an estimated 0.55% of global greenhouse gas emissions. Yet it is excluded from UN forums, including the climate body. Beijing insists the breakaway province, functionally independent since the end of World War II, will eventually be reintegrated with mainland China.

Despite its diplomatic isolation, the government in Taipei has set emissions targets: a 20% cut from 2005 levels by 2030 and a halving by 2050.

The climate agenda had a lower profile in this election campaign than the last in 2012, said Chia-Wei Chao from the Green Citizen Action Alliance.

Tsai’s DPP committed to support renewables and energy efficiency, but didn’t refer to the long-term goal. Nor have an energy tax or climate adaptation strategy been much discussed this time round.

Setting out her green energy platform in September, Tsai predicted NT$1 trillion (US$30 billion) of investment in the renewables sector.

“The time is ripe for Taiwan’s green energy development — what we lack is a government determined to see it through,” she said in remarks reported by the China Post.

“Some people argue that we need nuclear to meet that challenge, but I think there is still some room for energy efficiency,” he told Climate Home.

The shallow Taiwan Strait offers scope for large scale offshore wind farms, but such projects have been slow to take off.

“It is very possible for government to speed up investment and create a better environment for business,” said Lin.

The biggest challenge will be transforming the manufacturing-led economy, in Lin’s view: curbing the carbon footprints of heavy industries like steel.