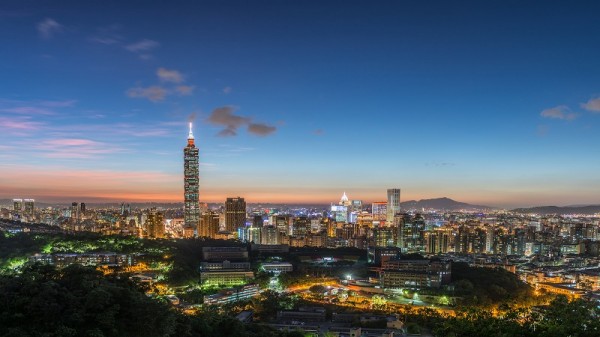 Taipei 101 is the second tallest building in the world
(Pic: Flickr/wei zheng wang)

By Megan Darby in Taiwan

Taiwan is keen to join UN climate talks as an official observer – a task made difficult by mainland China’s refusal to recognise it as a separate state.

Government officials argue Taiwan should be let in because of its voluntary goals on climate change, to return greenhouse gas emissions to 2000 levels by 2025.

Equally, you could argue the UN should bring Taiwan closer in order to hold it to its promises.

Environmental watchdog the Green Citizens’ Action Alliance tells RTCC the real problem is a lack of concrete measures by the Taiwanese government to cut emissions.

Szu-hung Fang, board member at the GCAA, says: “I don’t think having an official seat in UN climate talk is the most crucial part for Taiwan to mitigate GHG emissions, although pursuing international status and visibility is certainly important to Taiwan.

ANALYSIS: Is it time Taiwan took a seat at UN climate talks?

As an emerging economy overshadowed by mainland China on the world stage, Taiwan has not been obliged to cut emissions.

But annually, it is responsible for around 11 tonnes of carbon dioxide a head, the 21st highest level in the world.

Even allowing for the fact much of that goes to produce goods for export, Taiwan has reaped the benefits of industrialisation.

And it is reasonable to expect the island to pull its weight in global efforts to tackle climate change.

If it can bring emissions down while continuing to grow economically, Taiwan can also set an example to its “big brother” across the strait – mainland China.

The government last week gave a group of foreign journalists a tour of the country’s green achievements.

Briefings with officials, think-tanks and businesses were dense with detail, but it was hard to make out the overarching strategy. 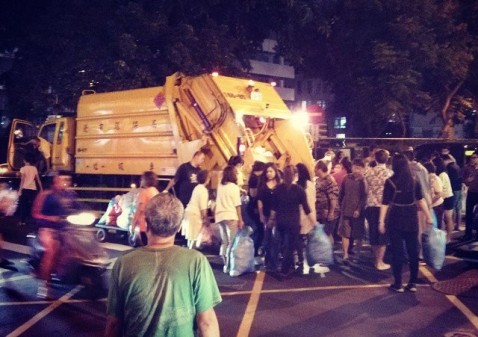 To start with some of the more impressive examples: Taiwan’s recycling rate exceeds 60%, comparable to Germany or the Netherlands.

Citizens pay by volume for rubbish sacks with banknote-style security features. Counterfeiting these bags, to dodge the cost, is punished with a hefty fine and a jail term of up to two years.

To prevent fly tipping, people may not simply leave their rubbish out for collection. They have to go out into the street to put it in the garbage truck themselves.

Some of the 24 incinerators on the island are closing because there is not enough residual waste to burn.

Delta Electronics, a US$15 billion company headquartered in Taipei, has made great strides in energy efficiency.

Between 2009 and 2013, the hi-tech company reduced the electricity intensity of production by 40%.

As an exporter, it is eyeing opportunities in low carbon goods and services, from LED lighting to smart building design.

And the linked Delta Foundation is an active observer to UN climate events.

As the Intergovernmental Panel on Climate Change brought out its latest series of reports on the scientific consensus, the foundation hosted workshops to translate them for a Taiwanese audience.

The Magic School of Green Technology in Tainan, meanwhile, may sound like Asia’s answer to Hogwarts.

In fact it is a conference centre designed by Hsien-te Lin to be a model of low carbon architecture for sub-tropical climates.

Inspired by the traditional houses of Paiwan indigenous people, it uses natural ventilation to avoid the need for air conditioning four months of the year.

Together with solar panels and a green roof, this cuts energy use about 40% compared to a conventional building.

It would be petty to point out the roof is more pink than green, with potted bougainvillea in place of drought-resistant grass.

The point is the Magic School sets a direction for more eco-friendly design consistent with Taiwan’s weather conditions.

For all these positive examples, the numbers do not seem to add up for meeting Taiwan’s 2025 target.

The goal involves saving an estimated 201 million tonnes of carbon dioxide compared to business as usual.

It falls to Ren-Chain Wang of the Industrial Technology Research Institute (ITRI) to explain the government’s plan for achieving those savings.

He is not responsible for delivering the policy but it informs the research his green energy unit carries out.

The biggest chunk of reductions, 27%, is not expected to come from Taiwan at all but be bought on the international carbon market. Energy efficiency is earmarked for 23%.

Another 17% is to come from carbon capture and storage (CCS) and 9% from nuclear, both of which are problematic for different reasons.

Switching from coal to gas-fired power generation, a more reliable but expensive option, will bring 11% and renewables 9%.

Around the world, governments and industry have been pursuing CCS for decades, with limited results.

The Intergovernmental Panel on Climate Change says CCS is critical to limiting global temperature rise in a cost-effective way.

It could make a big impact in Taiwan, which gets 48% of its power from coal and has another 4.2GW of coal plants in the pipeline.

But in the absence of a strong price on carbon, it looks prohibitively expensive.

Taipei has put a few million US dollars into CCS research, but there is no evidence of a plan to scale this up. 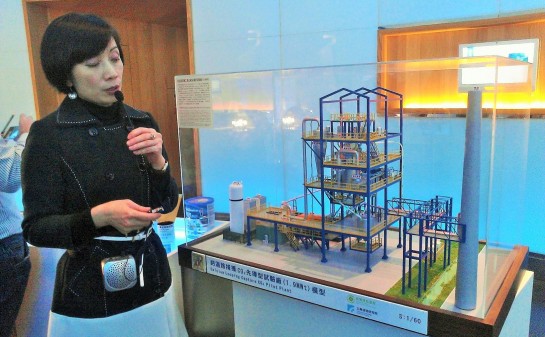 ITRI last month won an R&D 100 award (the Oscars of the industry, Wang assures us) for developing a system that cut the cost of capturing carbon dioxide from US$58 a tonne to US$30/t.

This was a significant breakthrough for the technology. Commercial development is another matter.

It is only economic because the generator, SaskPower, is selling the captured CO2 to inject into old oil fields and extract more oil.

To expect Taiwan to build substantial CCS capacity by 2025 looks optimistic, to say the least.

“It is not a short term solution,” Wang admits, “but if we want to reduce our CO2 emissions significantly, that is one of the most important solutions.”

The island has three nuclear plants that are approaching retirement age. A fourth has been the subject of more than three decades of controversy, with opponents saying it is not safe.

In April, after fist fights in parliament, street demonstrations and hunger striking protestors, the government agreed to put the fourth nuclear plant on hold.

Construction of the power station started in 1999 and is all but finished, at a cost of US$9 billion.

As Germany and Japan have discovered, shifting away from nuclear tends to increase reliance on coal and gas, making it much harder to meet emissions targets. 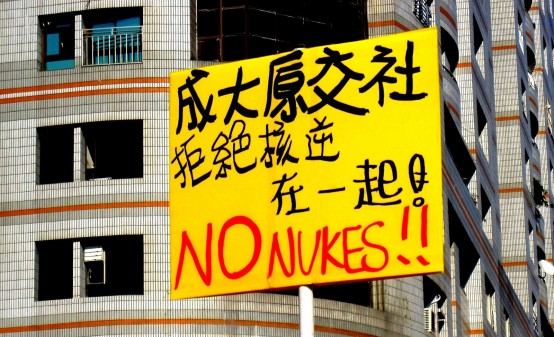 Despite being the world’s second largest exporter of solar PV panels, Taiwan has little on its own system.

It gets just 4.3% of its power from renewable sources.

This is partly because weather conditions are less than ideal: in winter, Taipei gets only 3-4 hours of sunshine a day, rising to 7 hours mid-summer.

The relatively shallow Taiwan Strait offers potential for offshore wind power, which is starting to be exploited.

But the GCAA’s Fang says a comprehensive strategy to develop renewable energy is lacking.

There is “still huge room for improvement” in energy efficiency, he adds, “but the government doesn’t want to implement relevant regulations due to industrial pressure”.

Jen-yi Hou of the Taiwan Research Insitute agrees “there is quite a significant part missing” from plans to green the energy system.

More emphasis on energy savings could help, he suggests. “Otherwise, revision to the [emissions] target may be necessary.”

There is a greenhouse gas reduction bill making its way through the Taiwanese parliament. To the dismay of groups like the GCAA, the draft does not make the emissions target legally binding.

At the same time, an energy tax that would help drive efficiency has been repeatedly delayed.

Shin-cheng Yeh, deputy minister at the Ministry of Foreign Affairs, alludes to the energy tax in his briefing.

“Taiwan is very environmentally friendly in general but just don’t touch the pricing mechanisms,” he says.

“Many people think they want to save more power but they don’t want the price to go up.”

This is hardly a problem unique to Taiwan. Indeed, many of the challenges it faces are shared by other countries.

None of these weaknesses in its domestic policies should disqualify Taiwan from getting involved in UN climate talks.

On the contrary, it could put pressure on Taiwan to clean up its act.