Researchers argue greenhouse gases, waste and nuclear fallout are making their mark on rocks, but they still have to convince the traditionalists 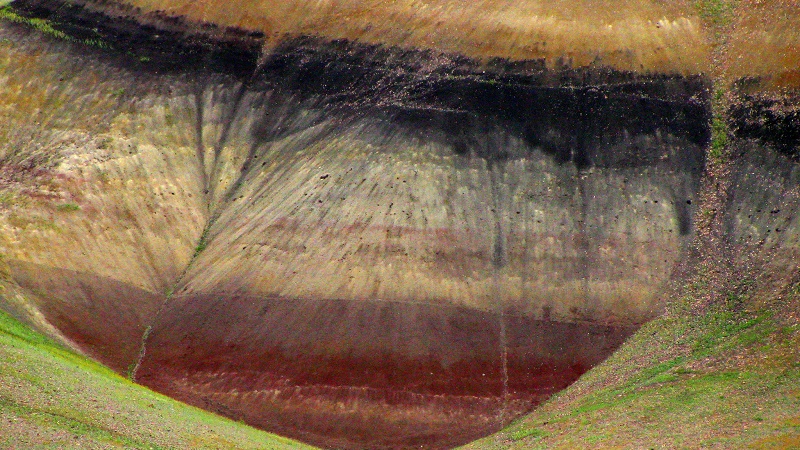 Down the ages: Will distant future generations be able to identify the Anthropocene in a layer of rock? (Flickr/Dru!)

When you are used to studying rocks formed thousands, millions or even billions of years ago, 2009 is an eye blink ago.

That is when geologists started formally investigating the idea that human activity is shaping a whole new epoch: the Anthropocene.

Greenhouse gases, plastic pollution and nuclear fallout are leaving their imprint on the Earth’s crust, according to a paper published in Science. The evidence is “overwhelming”, argue 24 researchers from a range of disciplines.

But while the term Anthropocene has been bandied about for years, it is still some way off being officially accepted, says lead author Colin Waters.

Within the geological community, the notion of getting tangled up with current affairs is contentious.

Report: Climate change could wipe out 1 in 6 of planet’s species

The Anthropocene Working Group, of which Waters is secretary, pegs the starting point of the epoch in the mid twentieth century. As it unfolds, people will determine its course, not least in the extent to which they curb global warming.

Waters’ background is in 350 million-year-old rocks and he relishes the change in scale, working with specialists from different fields. To him, the initiative shows: “We as geoscientists are equally able to look at modern changes, to almost be a part of predicting or understanding these changes.”

Some of the hardest people to convince will be in the governing body, Waters tells Climate Home, as they are focused on their ready-defined areas of research.

The case rests on finding the fingerprints of human activity in recent layers of sediment.

Typically, geologists define time periods by pointing to a particularly well-defined layer of rock in a cliff face. This could show a mass extinction of species in the fossil record, due to a sudden climate shift.

That is harder when it comes to the Anthropocene, because the evidence is young and evolving.

Burning fossil fuels is driving a particularly fast rate of global warming today. Levels CO2 are rising by an average of 2 parts per million a year. That is 120 times the rate at the start of the Holocene, 12,000 years ago.

Despite that clear trend, Waters says it is not the most useful marker, as there is a time lag between CO2 increases and warming effects.

“The system is so huge, there is an inertia to it,” he explains. “There is a delay, which makes it less suitable to use as an indicator.”

Marshall Islands minister: From nuclear tests to the climate threat

Instead, some members of the working group last year proposed the first nuclear test in 1945 as the dawn of the Anthropocene, measurable from the radioactive fallout. Manufactured materials such as aluminium, plastics and concrete also show up in sediments around this time.

While the agricultural and industrial revolutions have also been mooted, this is when they see people’s environmental impact rapidly increasing.

To firm up the start date could involve expensive research, such as an expedition to find plutonium traces in Greenland ice cores.

Waters, who works for the British Geological Survey, is hopeful there may be more existing evidence out there to help answer the question. Otherwise, he says, it could take another five years to raise funds and carry out fieldwork.

Proponents of the theory only get one chance to win round the institutions, he adds. “If we have a go and it is rejected, it potentially puts the argument out indefinitely, or for at least a decade.”