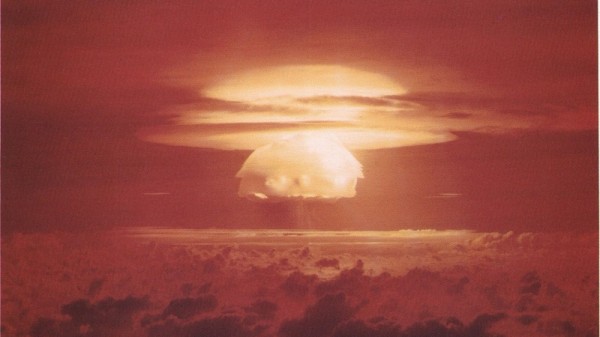 People say the afterglow of a nuclear bomb blast is like sunset and sunrise at the same time.

Tony de Brum prefers to liken the experience to “standing under a glass bowl while somebody pours blood over it”.

Now foreign minister of the Marshall Islands, he was 9 years old when he witnessed “Operation Castle Bravo”: a US H-bomb 1,000 times more powerful than that which devastated Hiroshima.

“There are many parallels” between the fallout from the nuclear testing of the 1950s and climate change, says de Brum. Both endanger his people; both are driven by powerful outside interests.

A seasoned campaigner on both fronts, the septuagenarian tells RTCC why the shipping sector is his latest target in his Pacific nation’s bid for survival.

With rising seas threatening to swamp its low-lying coral atolls, the Marshall Islands has long been a vocal advocate for climate action.

But until earlier this year, the Majuro government turned a blind eye to the rising emissions trajectory of one of its biggest industries.

It is the third biggest flag registry in the world, after Panama and Liberia: responsible for regulating a 118 million tonne fleet.

“It was pointed out to us by many of our friends worldwide there was a discrepancy here,” says de Brum. “You are the third largest shipping registry in the world, but there doesn’t seem to be any consideration of what that industry must contribute.”

The government took advice from the UK, among other allies, and commissioned research from the University of the South Pacific.

Shipping accounts for 3% of global emissions, it found, and without further action that is set to increase to 6-14% by 2050.

The sector lies outside the remit of the UN climate body, which only covers national actions. But its greenhouse gases enter the same atmosphere and have the same effect on temperatures.

The Marshall Islands came up with a proposal, tentatively asking the UN shipping body to “start the process to consider” an emissions target.

That proved too radical for the International Maritime Organization (IMO), which after an hour and a half’s consideration shelved the idea.

Disappointed IMO didn’t take stronger position, but industry on notice: climate action train is leaving the station & they must be on board.

It was a “disappointment” to de Brum, who came to London to appeal to delegates in person.

“We would have hoped that the IMO would have got excited about taking the lead in some of these efforts.”

While he was speaking, he tells RTCC, his constituency was being inundated by waves from Typhoon Dolphin, the third tropical storm in six weeks.

It is only May and the typhoon season peaks in August. “Even our elders, who are supposed to know these patterns, say nature is confused.”

His was a rare appearance by a politician in a forum dominated by industry voices and registry officials.

Observers say his intervention ruffled some feathers with the country’s usual maritime representatives.

And he admits his colleagues were “having puppies” since he suggested to the Guardian they might cease to register oil rigs.

That was not a move the Marshall Islands is likely to make unilaterally, de Brum hastens to clarify, but is an option to consider.

“Many members of our team think if we push too hard on this issue, it may spook business,” he says.

While “we are not going to shoot ourselves in the foot,” he adds: “The registry belongs to the country and we don’t want to have a situation where the tail is wagging the dog.” 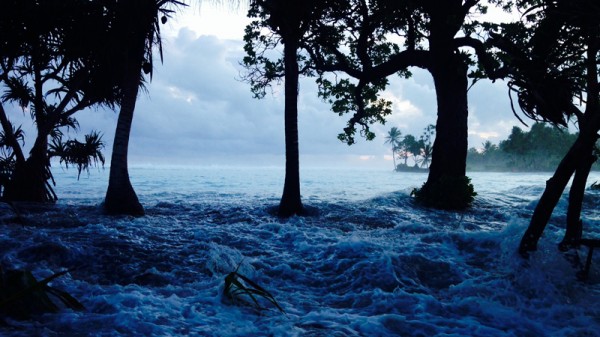 De Brum is speaking to RTCC the morning after the IMO debate, in the middle of a punishing travel schedule.

He is recovering from a mosquito-borne virus and picks at the full English breakfast his advisor insists on putting in front of him.

But he is not defeated. The IMO’s inaction was “a wake-up call” and de Brum will be sharing his experience on the rest of his tour: Petersberg Climate Dialogue, Paris Climate Week then Asia.

Because for all the danger looming over the Marshall Islands, the thought of giving up and leaving is “repugnant”.

Many Marshallese were forced to move after the US nuclear testing made some parts of the country radioactive no-go zones.

They suffered birth defects, cancers and social stigma. To this day, de Brum has “chicken skin”, which he attributes to the exposure.

“There is only so much pushing around you can do to a community of human beings before something breaks.

“And if these islands go, it is only a matter of time before the rest of the world starts smarting from climate change impacts.”