Federal government has given the go-ahead for dredging at Abbot Point, a gateway for target-busting fossil fuel use 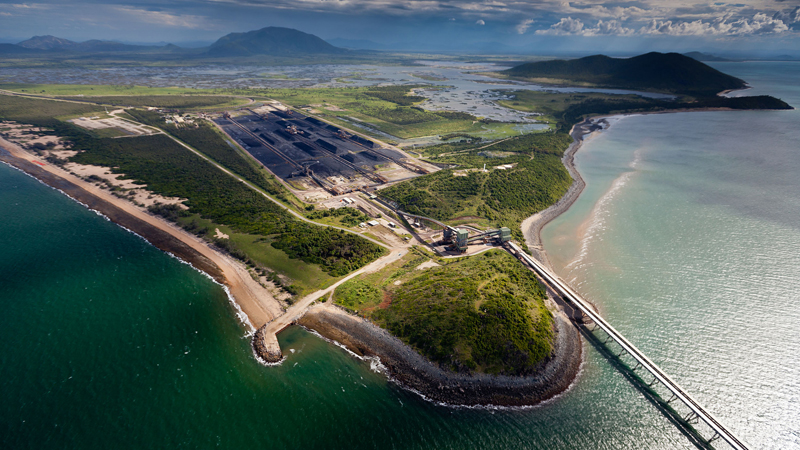 Abbot Point port is a gateway for coal from planned mines in the Galilee Basin (Pic: Greenpeace/Tom Jefferson)

The Australian government gave the go-ahead on Tuesday for dredging to expand Abbot Point coal port.

A gateway to the world for planned mega-mines in Queensland’s Galilee Basin on the country’s north-west coast, it is expected to have a significant impact on greenhouse gas emissions.

A spokesperson for environment minister Greg Hunt emphasised measures to minimise the immediate harm to the Great Barrier Reef, which is adjacent to the port.

But independent analysts at Carbon Tracker say there is no room for any new coal mines worldwide if temperatures rise is to be held to 2C.

The tighter 1.5C aspirational threshold adopted by 195 countries in a Paris climate deal on 12 December implies an even faster phase-out of fossil fuels.

“The Liberal Government’s decision is directly at odds with the global agreement in Paris to limit global warming within 1.5 degrees to save our Great Barrier Reef and our Pacific Island neighbours’ homes.”

The controversial project still needs sign-off from Queensland’s Labor government. In a statement, state development minister Anthony Lynham indicated that it hinged on Indian conglomerate Adani’s confirmation of plans for Carmichael mine, the biggest in the area.

Adani argues the project is needed to fulfil India’s goal of extending electricity access to an estimated 300 million people off grid. Yet with coal prices in the doldrums and banks under pressure from climate campaigners, it has struggled to make the AU$16 billion investment case.

“There will be no dredging at the port until Adani demonstrates financial closure,” said Lynham.