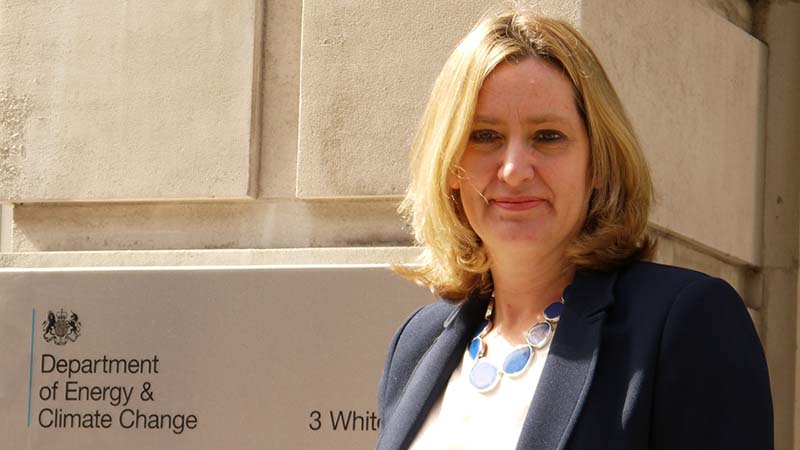 The UK’s axed carbon capture competition came under the spotlight on Wednesday, as gaps showed between international and domestic climate ambition.

In the historic Paris Agreement on Saturday, 195 countries agreed to limit global warming to “well below 2C” – and “pursue efforts” to meet a 1.5C threshold.

That requires a rapid phase-out of fossil fuels and technology to put greenhouse gas emissions in reverse.

Yet in a recent spending review, the UK government scrapped a £1 billion fund to (US$1.5bn) to develop carbon capture and storage (CCS).

Previously touted as essential to that transition – and an export opportunity for UK plc – it was sacrificed to balance a tight budget.

Fresh from celebrating the Paris deal, energy and climate secretary Amber Rudd was forced on the defensive in a parliamentary committee hearing.

“Now for the UK it was not the right time to commit to a billion on CCS, but that doesn’t mean we will not continue our interest,” she told lawmakers.

The 1.5C goal was “aspirational,” she said. “I think we will need some negative emissions technology… we don’t have all the answers yet.”

Carbon capture technology would be important in the 2050s, 60s and 70s, she added.

At a separate event hosted by insurance giant Aviva, a panel of experts exuded optimism about the Paris pact.

“When we have had a success, let’s celebrate,” urged Lord Deben, chair of the Committee on Climate Change, which advises the government on carbon budgets.

A Conservative peer, he defended party colleague and chancellor George Osborne, widely blamed for the UK’s recent bonfire of climate policies. Treasuries in general “don’t want themselves to be tied by long term decision making,” he said.

The UK is committed to cutting emissions 80% from 1990 levels by 2050, under a Climate Change Act. Lord Deben’s organisation is charged with independently advising successive governments on how to get there.

That is “the most effective way” of delivering long term goals in a democracy, he said.

Joan McNaughton, chair of the World Energy Council’s study on the “trilemma” of security, equity and sustainability, agreed.

“I do think the climate change legislation is the envy of the world,” she said, urging other Paris Accord signatories to enshrine its goals in domestic law.

“That is probably the reason that we are still considered to have some leadership in this area.” But McNaughton added: “The fly in the ointment is the lack of activity on carbon capture and storage. We cannot get to the 2C goal without CCS. We are just not making progress.”

That was also a key concern of top economist Lord Stern. A hundred times more CCS is needed by 2040, he told Climate Home in Paris last week: “It is not being taken seriously enough.”

The technology works, he argued, but costs need to come down, which will only happen by running demonstration projects. “It’s something that involves a forward look over periods where many politicians perhaps don’t have horizons which are that long,” he said.

Brad Page of the Global CCS Institute, meanwhile, insisted “you’ll see CCS starting to come into its own over the next few years”.

Pressed on the impact of recent UK policy interventions, he noted CCS wasn’t the only clean technology to be squeezed on cost grounds. “I doubt that some of their decisions lately have been great for any investor in any technology in the clean energy space,” he said.