There cannot be climate justice if Paris does not deliver a shared agreement on climate, argue climate researchers from Latin America and the UK 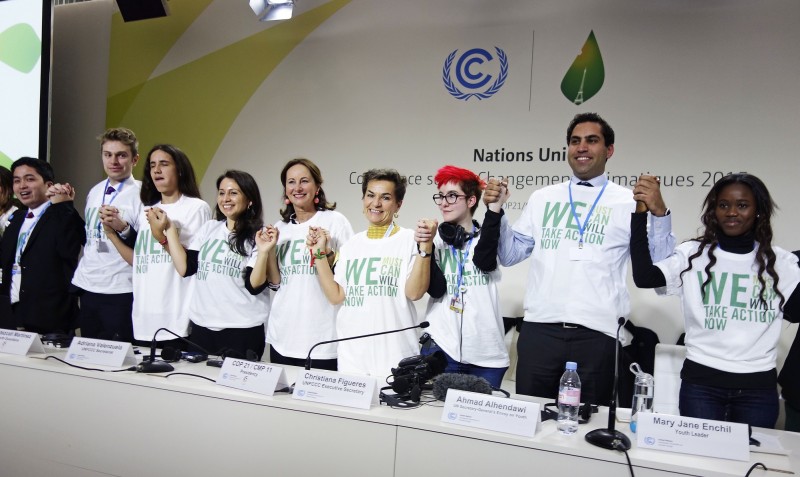 Since the early 1990s, the international community has grappled with the problem of climate change.

Conventional wisdom had it that rich countries were responsible for cleaning their mess and financially supporting poor countries to adapt to climate impacts and mitigate their emissions. It was a simple world, where the haves and the have-nots seemed to be clearly defined.

And while that was all fine and dandy in 1992, it no longer makes sense in 2015. Developing countries are no longer passive receivers of aid–if they ever were.

They propose solutions, support ambitious action on climate and are leading their own clean cities and energy revolution.

Yet the climate negotiations have failed to catch up, and some have decided to ignore that the last two decades happened, grounding their analysis on a 1992 world. As millennials, this language does not speak to our generation.

We understand that the legacies of colonialism remain very real. We are not arguing against this, but want to push against the idea that there is simply rich and poor countries and that the latter are disempowered to envision something different for themselves.

We know it is possible -with enough political willingness- to trace a different developmental path. Development is not linear and does not have to follow the familiar model we have seen.

In 2015, there is an imperative to reframe climate justice. We must challenge a traditional and strict adherence to the Common but Differentiated Responsibilities (CBDR) principle that fails to account for an evolving world with changing realities. The bottom line is that there cannot be climate justice if Paris does not deliver a shared agreement on climate.

Unlike in 1992, the people who are emitting most emissions are not exclusively living in the Global North. A new class of transnational consumers (who tend to be affluent polluters) has emerged across Global South countries.

Ignoring this class has deep moral and climatic implications because without accounting for them, there is no safe limit of warming in sight. Thus, equity in the context of climate justice needs to be redefined and can no longer be used to justify inaction.

As Paul G. Harris says, “the real equity issue is between the global middle class and the marginalized majority.” And yet, a number of advocates of “justice” and “equity” want to avoid their commitment to the most vulnerable by hiding behind the overall poverty of their countries.

Facing up to the challenges that climate change poses is tough. It means confronting our current models of development, high reliance on fossil fuels and unsustainable use of resources.

It means facing the inertia of a system and the power of incumbents, who are often representing the interests of a very small minority.

The climate movement is not immune to the ever-growing inequality gap across countries. In a world where few control resources and power is misbalanced, climate justice must be redefined to include us all, offering solutions to every vulnerable citizen in the world.

Make no mistake; citizens around the world–in developed and developing states–expect their government officials to promote quality of life for everyone in their country. Science as well as experience have clearly shown us that conventional models of development cannot help us tackle the 21st century challenges we face.

Millennials have long understood that a deep economic transformation is clearly a need, not a luxury. Clean cities, sustainable livelihoods and a stable climate are not an option, but our right.

An approach based on high carbon and low resilience will fail to translate into quality of life and in the long run, will prove to be expensive and fuel more inequality.

And as conventional wisdom gets shaken up by an urgent wake-up call, many of us can see in this transition an opportunity to empower our countries to imagine and shape cleaner, fairer and more inclusive development paths through climate action.

There is not a one-size-fits-all answer; each country will need to find its own approach in line with the national context and implement changes on the ground. This is in itself an exciting opportunity to capture people’s minds and hearts and empower them to actively engage in problem-solving.

The powerful actions of vulnerable citizens across the world demonstrate their role as active builders–not passive support-takers.

However in a globalised world where societies and economies are strongly linked, cooperation matters and a sense of overall direction is needed. Joint commitments and international support do in fact help spur action at home.

International spaces that are representative such as the climate negotiations are invaluable and are key to support a just transition.

In an increasingly unequal world, those who represent us in the international sphere must prioritize building partnerships and fostering collaboration to support the transformation of our local landscapes.

The struggle for justice presents itself at the core of any human transformation. Climate justice is to have access to a just transition in your community and country. An international agreement can help empower the battles for a just, low carbon and resilient transition on the ground, where implementation takes place, beyond Paris.

The path to climate justice will not be easy. Challenging social and cultural transitions takes time and humility. We are already seeing this in practice as the world begins to wean itself off coal. Fossil-fuel workers from all walks of life will need to find alternative careers.

In the U.S., Hillary Clinton recently announced a $30 billion plan to help coal workers adjust to transition as part of her election campaign. There is no justice in not addressing climate change, but more initiatives like this will be needed to smooth the transition.

Climate justice also means that we hold our government, institutions and community leaders accountable to their responsibility to protect us. This means demanding transparency over where attention, money and resources go.

This means that we watch closely and we challenge the mainstream. The divestment movement has provided one vehicle for pursuing this type of climate justice. The divestment movement asks the question–how can institutions designed to protect society, continue to deliberately invest in fossil fuel energy that they know will have catastrophic consequences?

After Paris, as climate impacts escalate, this question will become even more complicated–are these same institutions preparing to protect their citizens, students, clients, and customers against climate impacts?

Today, the vulnerable majority are losing against the strong minority in communities everywhere. The pursuit of climate justice cannot be taken in isolation, but instead must intersect with other injustices that will need to be addressed in tandem.

The struggle for climate justice is a struggle for liberation. A journey taken to: dispel inequality, banish corruption, foster environmental harmony and improve access to healthier, better living.

This article first appeared on the Nivela think tank’s website.