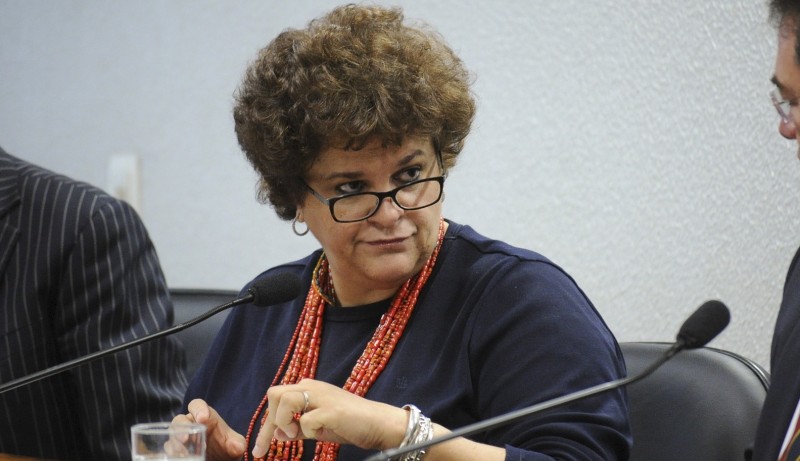 Brazil has assumed a critical role at UN climate talks in Paris, tasked with balancing the needs and responsibilities of rich and poor countries in a proposed global climate pact.

Veteran environment minister Izabella Teixeira has been asked by France to mediate between the US, EU, India, China and other leading countries to reach a compromise on the issue, known as differentiation in UN jargon.

The French hosts want Teixeira and Vivian Balakrishnan, Singapore’s minister of foreign affairs, to deliver a set of proposals on what is one of the most delicate areas of these talks by end of play Wednesday.

“The idea is to avoid having two sides… the presidency and the parties. It’s very important to have a team that makes the bridge between the two,” said Pascal Canfin, former French minister for development.

“It means that Brazil will try to find a compromise… she’s not there to make the point about her own position.”

In previous agreements, countries classed as wealthy under 1992 UN criteria were expected to make most of the moves in tackling climate change, but a Paris deal is supposed to signal a new era where all take action.

Significant challenges persist on delivery of finance and efforts to encourage all big polluters to submit to regular 5-year climate plan reviews, building on the 185 national submissions already registered.

A Brazilian proposal for three classes of countries – developing, emerging and developed – rather than two gained traction at the 2014 UN summit in Lima.

The talks “needed a fresh approach” Brazil’s chief negotiator, Ambassador Antonio Marcondes, told ClimateWire at the summit. “It has the advantage of being dynamic. Countries can move inwards. That’s the only direction of travel.”

Brazil is the only major emerging economy to have an economy-wide climate plan with an absolute target to slash emissions, committing it to greenhouse gas reductions of 37% by 2025 from 2005 levels.

The country is a member of the BASIC group along with South Africa, India and China. It also signed a climate pact with the US in June.

“Its a good choice as Brazil, particularly Izabella and [Luis Alberto] Figueiredo, has been proposing solutions for differentiation for a long time and they have the mediation skills that are necessary to deal with the issue,” she said.

“Izabella has a strong personality, but is also a very pragmatic person. She always encourages people to bring solutions to table, what is critical to deal with differentiation at this stage.”

Nick Mabey from the London-based E3G think tank said the Brazilians were known “skilled” operators at the climate talks.

“The logic will be they have been very proactive in terms of moving discussions forward and would want to be engaged in the solution,” he said.

“The role of a facilitator makes it harder to push their ideas – because they have to be an honest broker.”

Officials expect a rolling set of talks to be named ‘Le Comite de Paris’ to start on Tuesday, where around 60 country officials and the French presidency of these talks will analyse new proposals.

Critical areas for a successful deal identified by the French government are climate finance flows to poorer countries, efforts to boost pre 2020 emission cuts, the development of a regular review process and adaptation.

France foreign minister Laurent Fabius said his team of 14 ministers will report to him at 7pm on Monday and Tuesday to reveal if they believe agreement is close.

“They all have the skills and legitimacy required to move the topic forward,” he said. “There is a clear timetable with a fixed goal. We will need to have a text by Thursday to adopt it on Friday.”

Positions among the 134-strong G77 and China group of developing countries appear to be softening, said one EU official speaking off the record.

Small island states, the Africa group and an eight-strong Latin American alliance known as AILAC had signalled a desire to engage in more regular reviews and tougher transparency measures, they said.

India is holding out for a 10-year cycle of reviews and updates, a position Gambia’s Jarju said would not be acceptable to his country. “We think 10 years is too long… the IPCC [UN climate science panel] is a five year cycle,” he said.

“Countries that question a review are risking a 3C world,” said Christian Aid’s senior policy advisor Mohamed Adow. “We need a signal that the fossil fuels is coming to an end.”

Greenpeace advisor Martin Kaiser warned a proposals for long term goal are too weak to have any meaningful impact. Instead of referring to the decarbonisation of the global economy, some parties are talking about “climate neutrality”.

“When you talk about climate neutrality business won’t know what it is, the same with low carbon economy. You need to have a clear destination and a vehicle to achieve it,” he said.