Positive message of “emissions gap” report ahead of COP21 is based on implausible assumptions, warns scientist Oliver Geden 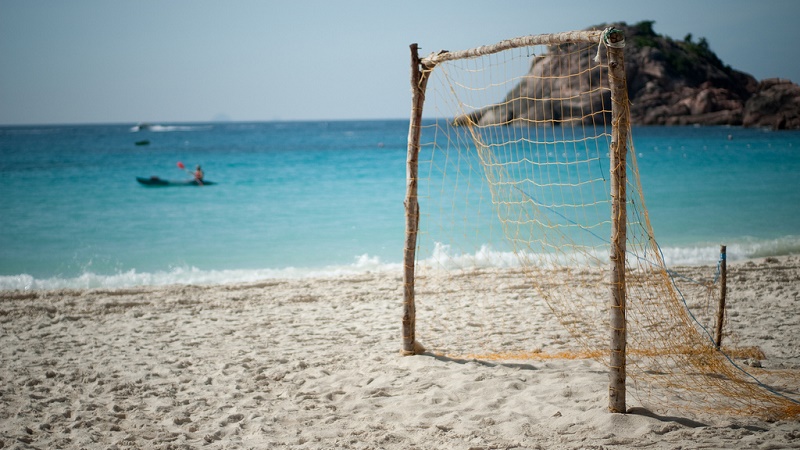 Every year since 2010, the UN Environment Programme has produced an “emissions gap” report, outlining what needs to be done to hold global warming to 2C.

It is highly influential, used as a basis for talks on how to tackle climate change. This year’s executive summary, released three weeks ago, had the usual message: If leaders act now, they can still avert catastrophic climate change.

But the full report, due out on Friday ahead of a critical UN climate summit in Paris, is expected to show the body has had to change its assumptions to fit the narrative.

Oliver Geden, scientist and head of research at the German Institute for International and Security Affairs, told Climate Home: “The emissions gap report gives the questionable impression that despite increasing levels of global emissions there’s always a way to keep the 2C target within reach. It’s always ‘five minutes to midnight’.

“But essentially, UNEP is covering insufficient political action to be able to keep a relatively positive story line.” 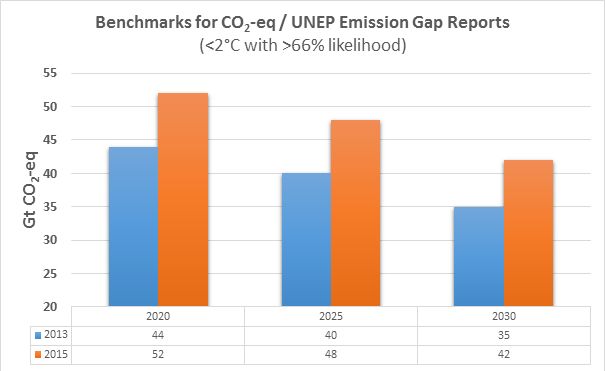 Since 2013, UNEP has increased by 20% the level of emissions it says is compatible with 2C

To assess the shortfall in ambition, UNEP first sets a baseline of greenhouse gas curbs needed to limit temperature rise to 2C, an internationally agreed goal.

It is “effectively weakening the requirements for meeting the 2C target,” said Geden.

The main way to make the models fit is by assuming it will be possible to suck carbon dioxide out of the air in later decades. That involves controversial and untested technologies such as burning biomass (wood), then capturing and storing the emissions.

“The issue is that the 2 degree target looks less and less achievable through conventional emissions cuts,” he said. “I believe most delegates at COP21 will be committed to the 2C target, but equally unwilling to consider geoengineering as part of the way to get there. That position is becoming less and less consistent with the best available science.”

It is sensitive territory, as experts warn that even within the 2C threshold, the world’s poor are exposed to “very high risk” of dangerous impacts. Low-lying islands will be swallowed by rising seas, while drought, flooding and intense cyclones pose an increasing threat. More than 100 vulnerable states support a stricter target of 1.5C.

If avoiding 2C looks tough, a 1.5C limit looks even tougher – although not impossible.

Some scientists remain optimistic. Michael Mann, who contributed to the famous “hockey stick graph”, has accused Geden of “denial of hope”.

“Insisting that the goal is no longer possible is dangerous insofar as it becomes a self-fulfilling prophecy, providing an excuse for politicians unwilling to support the dramatic actions needed.”

Authors of the UNEP report could not be reached for comment at time of publication.