Are major economies putting the squeeze on coal?

Upcoming G20 and OECD meetings promise a crackdown on fossil fuel subsidies, but their actions tell a different story

Coal is the single biggest threat to a stable future climate. Cheap and dirty, it is the go-to fuel for countries keen to industrialise.

Cheap, that is, if you don’t count the health costs of toxic air pollution or public spending on railways to transport the stuff.

Major economies are primed for a triple assault on the coal gravy train in the coming week. There is an OECD bid to phase out coal export credits, a broader G20 push against fossil fuel subsidies and a climate risk disclosure drive.

If they see it through, it could tilt the market towards cleaner energy – and a better chance of avoiding catastrophic global warming.

But these things are easier said than done, as vested interests lobby fiercely behind the scenes. What can we expect?

To start with the most tangible prospect, OECD members are working towards a ban on export credits for the least efficient coal technology.

These are preferential loans or guarantees governments offer their domestic industries to encourage trade.

Japan, which accounted for $20 billion of that figure, previously defended the practice. In a significant shift last month, the country got behind a phase out (see document below).

In a compromise struck with the US, it does not propose a complete ban, as some environmentalists would like.

But it wants to rule out support for the low and middling efficiency plants that make up 80% of the pipeline.

“They [Japan] have come round to the idea because of political pressure for one, and because they think their industry is competitive selling ultra-supercritical technology,” says Steve Herz of the Sierra Club.

“This is about as strong a deal as is achievable, given the current political context.”

There are holdouts. Australia and South Korea have both submitted weaker proposals.

“They don’t even manufacture the technology that is at issue. What their position comes down to is they want other countries to continue to subsidise the export of inefficient coal technology so that they can export more coal.”

It is at odds with prime minister Malcolm Turnbull’s claims that Australian coal can reduce energy poverty without harming the climate.

Despite taking climate change more seriously than predecessor Tony Abbott, who he ousted in a party rebellion, Turnbull has stood by the mining sector.

That has not gone unnoticed by Australian environmentalists.

“The Turnbull Government wants to keep coal-fired power stations unfairly propped up to please its big mining donors at the expense of the liveability of the planet and the health of people in developing nations,” says Green senator Larissa Waters.

“Australia should be leading the transition to the job-rich clean energy future, not blocking the global shift from fossil fuels.”

Herz is optimistic there will be progress on this at an OECD meeting next week, however. “We think pressure is being applied in the right places,” he says.

This is a beacon of progress in the sluggish wider fossil fuel subsidy reform agenda.

Every year since 2009, G20 countries have reiterated a promise to eliminate “inefficient” incentives for polluting sectors.

A report published by the Overseas Development Institute and Oil Change International on Thursday shows that is not translating into action.

G20 countries back coal, oil and gas production to the tune of US$452 billion a year, researchers found. By way of comparison, the International Energy Agency estimates global renewable subsidies at $121 billion.

On 15-16 November, leaders of the G20 – a group that overlaps with the OECD, counting big emerging economies like China and Brazil as well as the US and Europe – meet in Antalya, Turkey. 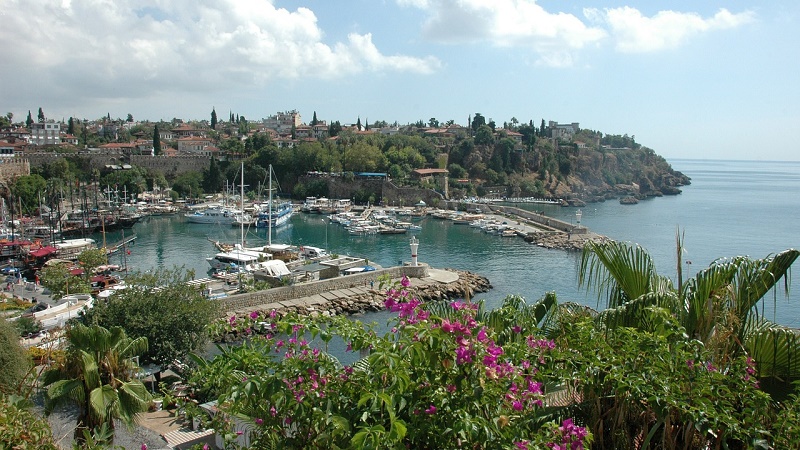 Paul Polman, CEO of Unilever, says in a statement: “Fossil fuel subsidies, which we know both hinder the development of low carbon solutions and disproportionately benefit the well-off in society, need to be put in the past.”

Campaigners are also reminding delegates of their promise. Demonstrations are planned on Saturday in Washington DC, Berlin, Istanbul, Tokyo and Seoul, under the banner #stopfundingfossils.

“It is a no brainer – this is really low hanging fruit for the G20,” says Alex Doukas from Oil Change International, co-author of the subsidy report.

“It is a way to free up budget space and spend money on other priorities rather than fuelling the climate crisis.”

The host nation is giving tax breaks to a fleet of coal plants that could nearly double its greenhouse gas emissions by 2030, however. It has shown little willingness to discuss reform.

As the researchers acknowledge, a lack of clear information, concerns about energy security and industry lobbying lead to inertia.

“Giving these handouts to companies entrenches strong corporate interests, which then exert a lot of influence,” says Doukas.

There are signs next year’s G20 president, China, could deliver what campaigners really want to see: a timetable for scrapping subsidies.

In a September agreement with the US on economic relations, it spoke of a phase out “by a date certain”.

Last but not least is an initiative to smooth the path to a low carbon economy by bringing investors on board.

The Financial Stability Board this week submitted a proposal to the G20 for a task force to uncover the climate-related risks facing markets.

That could include getting businesses to disclose their carbon footprints, for example.

Mark Carney, FSB chair and Bank of England governor, has warned climate change – and the response to it – threaten financial stability.

The sector is too bound up in short term thinking to tackle the issue, he said, calling for greater transparency.

A Bank of England report outlined three sources of risk: physical damage wreaked by extreme weather, lawsuits against polluters for climate damage and devaluing of carbon-intensive assets as emissions are constrained.

Research from Cambridge University underlines the scale of potential shocks to the system if sentiment suddenly shifts on climate change.

Certain types of portfolios could lose up to 45% of their value, it finds.

“Investors can ‘climate proof’ their investments to a significant extent by understanding how climate change sentiment could filter through to returns,” says Scott Kelly, one of the authors of the report.

“However, almost half the risk is “unhedgeable” in the sense that it cannot be addressed by individual investors. System-wide action is necessary to deal with this in the long-term interests of savers.”

An FSB task force would build on diverse voluntary or regulatory initiatives to highlight exposure to climate risk.

Exxon Mobil is being probed over revelations it internally accepted the scientific consensus on climate change decades ago, yet publicly muddied the waters.

Australia, meanwhile, claimed not to be subsidising fossil fuels after the 2009 G20 statement. That was subsequently shown to be untrue – the latest study gives a figure of $5 billion a year.

“If they want to talk about disclosure and transparency, that test should also be applied to government support for fossil fuels,” says author Doukas.

“They are on the hook at the same time as a lot of these companies are seriously distressed. Governments are investing heavily in exploring for more fossil fuels that we can’t burn. We need to be moving in the opposite direction.”