CEOs to the rescue: Can business save the world from climate change? 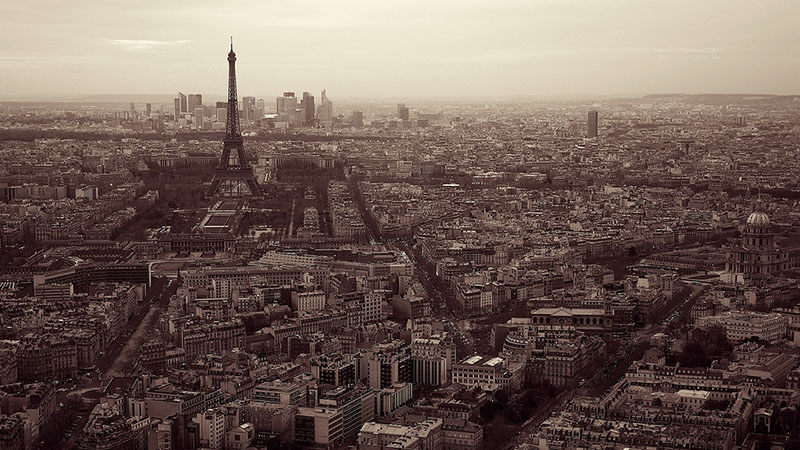 All business wants for Christmas is a global carbon price, a long term climate goal and regular UN reviews to ensure all countries are pulling their weight.

It’s a loose coalition, but one that carries clout, given the trillions of dollars members have to invest.

Bakker told Climate Home he is relatively “neutral” over current plans for a global climate deal, set to be signed off 12 days before Santa starts dropping off presents.

When pushed, he says business leaders want to see the development of a durable framework that will lay the foundations for a low carbon future by 2100.

“We need some kind of process where every 3-5 years we come back, see if we are on track, and ask what more can we do to get to that trajectory,” he says.

“The movement needs to know if it’s on track or not. Take carbon pricing, I don’t need to have a global price to get that impact.

“If financial markets think there will be one in 3 years they will start pricing now. Occasionally having a dot on the horizon is important.”

Despite calls from business, oil majors and France’s environment minister Segolene Royal, the COP21 conference in Paris will not end with a global price for CO2 in place.

There may be wording to the effect that carbon markets are an effective way to slow greenhouse gas emissions growth, and that linking those in the EU, China and the US would be progress.

A month out from a potential deal, it’s still unclear. What is clear is that for the first time at the UN climate talks, business leaders are going to have more of a say in what a deal looks like.

That’s largely down to the French government, which says actions from the private sector, cities and regions will be inscribed in a “fourth pillar” of a Paris agreement.

According to research from PwC published on Tuesday, without this level of engagement from CEOs, efforts to tackle climate change are as good as dead.

Combined, it predicts these sectors could get society 65% of the way towards an international goal of holding global warming to 2C. 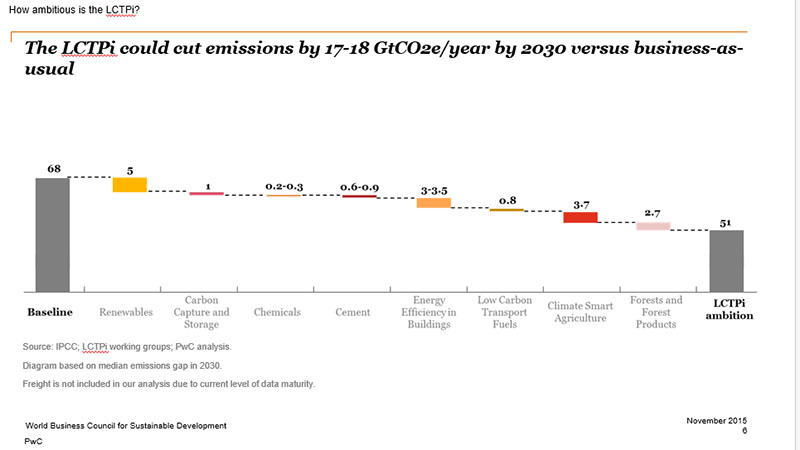 The findings were based on meetings with business leaders in India, China, Brazil, Japan, South Africa, Australia, Europe and the US, evaluating what they felt could be achieved by 2030.

Concerted action from the private sector with the support of governments worldwide could – say PwC – slash emissions 17-18 gigatonnes of greenhouse gases a year in 15 years time.

That’s a significant, given a ‘business as usual’ scenario without any new policies sees greenhouse gases hit 68 GT CO2e by 2030. 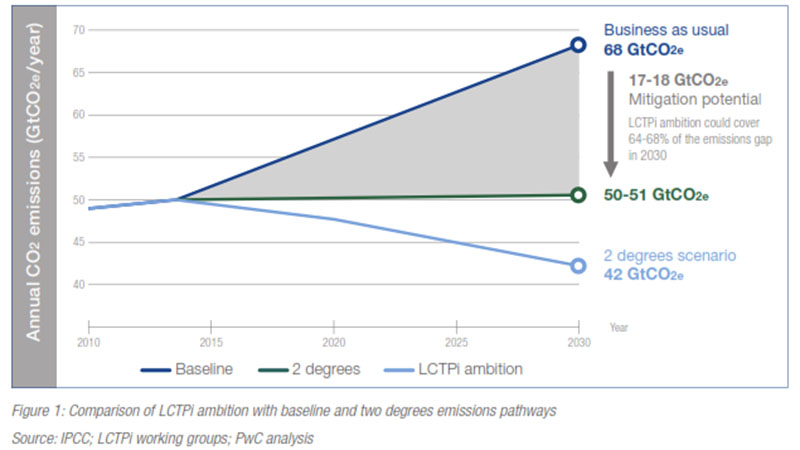 Bakker says the PwC analysis is only part of the picture, as it does not factor in future efficiency improvements in freight and passenger vehicles.

But it is – he argues – evidence of the huge potential of the business community if governments allow leaders to innovate and provide policy stability.

“We probably need to aim at 120% ambition to realise the 100% goal, and it will take success to bring more success, which is how these things happen,” he says.

A green revolution could drive up to US$10 trillion in capital investment and create 45 million jobs to 2030 but there will be losers, warns Bakker.

“We cannot maintain some businesses if they are clearly unsustainable from a climate perspective. That’s the whole area of stranded assets,” he says.

For example, British steel firms cite high green energy costs as one reason they cannot compete against a glut of cheaper Chinese steel on the global markets.

This, says Bakker, is one reason why a global carbon price is so essential, ensuring the “level playing field” so beloved of business executives.

But can we trust business leaders to do what’s best for the planet? Despite protestations from the likes of Unilever’s Paul Polman, the evidence is mixed at best.

The recent dieselgate scandal involving VW – still a member of the WBCSD – has shaken confidence in the ability of multinational car firms to regulate their emissions.

VW’s woes “go to the heart of what we are talking about at COP21,” says Bakker, comparing the scandal to the 2001 collapse of commodities giant Enron.

“If we only ask people to optimise financial returns they are going to cut corners,” he says. Boards should evaluate natural and social indicators when assessing performance, he adds.

“When I was head of TNT I used to say – shit happens, never waste a crisis… maybe this should lead to an overhaul of environmental governance?

“It’s a little bit strange when a CEO says – oh – I had no idea. It may well be true, but even if it is – this is strange, because this is so important, particularly for a car company.”