As governments go to vote on next IPCC chair Tuesday, Sierra Leone’s late nomination adds to uncertainty over the result 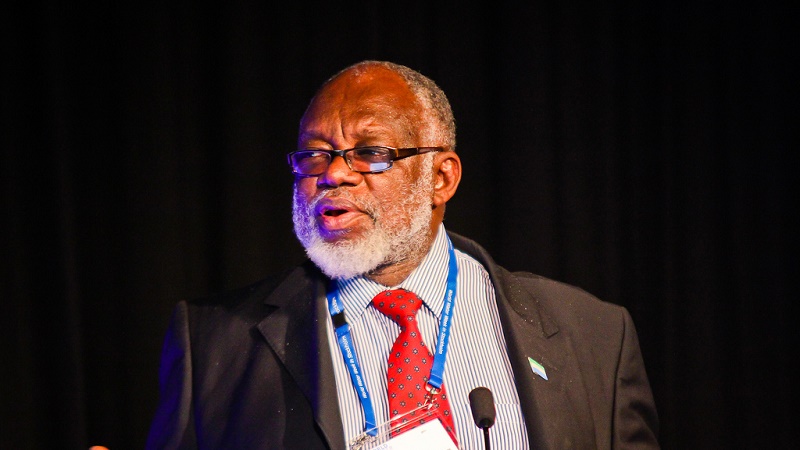 Six men are in contention to become the UN’s climate science chief, with a decision expected at a meeting in Dubrovnik, Croatia later today.

Until last month the race was between one American, three Europeans and a South Korean, but Sierra Leone’s late nomination of mechanical engineering professor Ogunlade Davidson adds to uncertainty over the eventual victor.

Representatives of 140-150 countries elect the next chair of the Intergovernmental Panel on Climate Change, who will become the world’s top voice on climate science.

Each government casts one vote, using electronic devices in a secret ballot. If no candidate achieves an overall majority, as looks likely, there will be a second round to decide between the two highest placed.

Some observers suggested Davidson could take a swathe of developing country support, despite the lateness of his bid.

Yet a source close to the process said Sierra Leone had not consulted other African countries on their candidate and the continent was not united behind him. Nor is Davidson in Dubrovnik for the election.

The only other candidate from a developing country is South Korea’s Hoesung Lee, who has called for more research focus on practical issues like carbon pricing.

Belgium’s Jean-Pascal van Ypersele, the first contender to throw his hat in the ring, is emphasising his experience of consensus-building as an IPCC vice chair.

The #IPCC Chair candidates had a chance to present their vision to all delegations this morning. The (electronic)vote is due after 3pm today

Once the chair position is decided, there will be elections for other positions in the Bureau, which leads and coordinates the IPCC’s work.

In the past, the IPCC has pulled together a comprehensive package of assessment reports on the state of climate science knowledge every 5-7 years.

There has been some talk of producing shorter, more focused interim reports on topics like oceans or carbon pricing.

At the Dubrovnik meeting, delegates will also discuss the organisation’s budget, which on current trends is set to run out before the next round of assessment reports.

While climate scientists give their time to the massive undertaking for free, the IPCC bears a significant bill for them to travel to meetings.