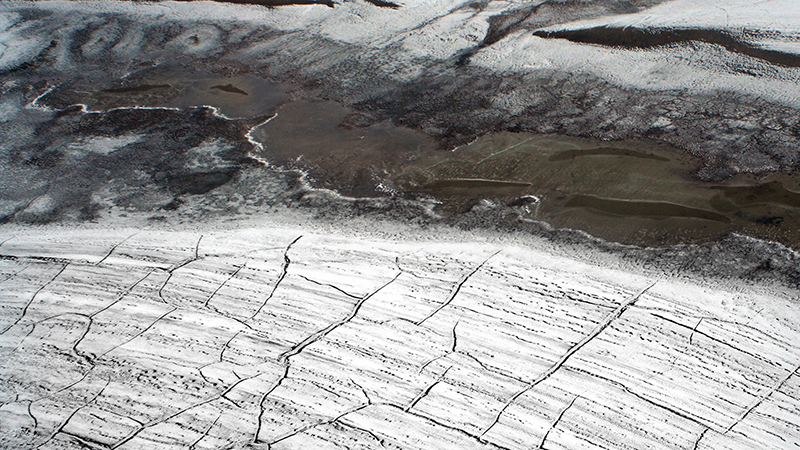 Vast wastes of defrosting tundra could inflict financial losses of more than half global output as leaked heat-trapping gases stoke warming, according to new research on Monday.

Hundreds of billions of tonnes of methane and CO2 will be unlocked by the end of next century if emissions continue to rise at current levels, the study published in journal Nature Climate Change said.

The stark knock-on effect could top $43 trillion over that period as economies bear the brunt of extreme weather and rising sea levels.

“The results show just how much we need urgent action to slow the melting of the permafrost in order to minimise the scale of the release of greenhouse gases,” co-author Chris Hope at the University of Cambridge said in a statement.

About 1,700 gigatonnes of carbon are held in soils in the form of frozen organic matter across an Arctic band across Siberia, Greenland, and North America.

It is the first time researchers have measured the economic cost of the thawing stores of carbon. Previous studies have sharpened the link to man-man climate change but have downplayed a “carbon bomb”.

The Arctic is warming twice as fast as the globe, leading to receding ice caps threatening sea-level rise, and gradual permafrost melt.

Rising emissions raise the likelihood of catastrophic events like the melting of the Greenland ice sheets, and hit countries’ prosperity through loss of agriculture and higher health costs.

Hope said the calculations increased the predicted impact of climate change by 2200 to $369 trn – a 13% increase.

Countries have vowed to cap warming to 2C on pre-industrial levels by 2100, with national pledges forming the backbone of a climate deal to be signed in Paris in December.

But analysts Climate Action Tracker say the ‘INDCs’ fail to keep warming within ‘safe levels’ and forecast a 3C rise.

Aggressive action to brake emissions could limit the impact by as much as $37 trn to just $6trn, said the researchers.