But with energy demand set to double, don’t expect that to scotch fossil fuels for decades, says Ben van Beurden 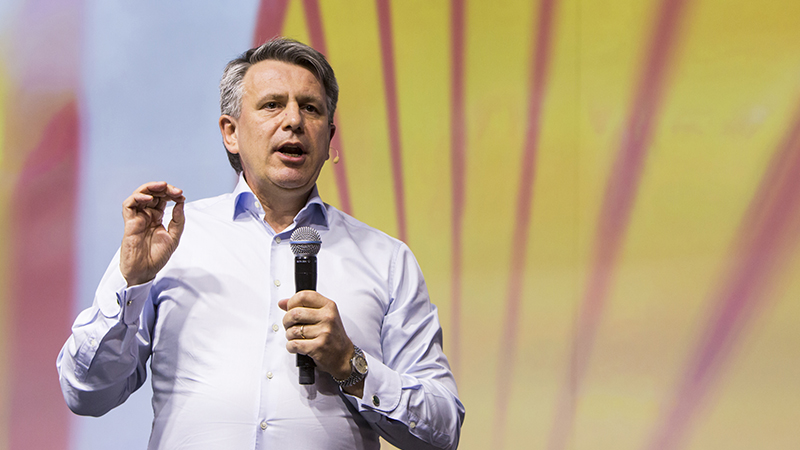 Solar power is approaching a “crossover point” where it makes sense for investors to back rays over coal, oil and gas, according to the head of oil major Royal Dutch Shell.

Amid tumultuous oil markets and tumbling costs as photovoltaic cells are rolled out globally, the value of solar is already evident in the world’s sunniest places, Ben van Beurden told BBC’s Radio 4 on Thursday.

“I have no hesitation to predict of course in years to come solar will be the dominant backbone of our energy system, certainly of the electricity system,” said the executive of the Anglo-Dutch energy giant.

“But in that same period though we will see that the demand for energy double, and I do not think solar can grow from the 1% it is now, to being the dominant force and thereby obviating the need for fossils fuel immediately, but it is going to be a multidecadal transition.”

Oil plunged below $40 a barrel in August, the first time in six years, as forecasts of slower demand growth raised concerns of a prolonged glut.

Lower prices have forced oil groups to shelve over $200 billion of assets. That increases the appeal of renewable energy, whose costs have tumbled in recent years.

Wind, solar, hydro and other renewable sources made up 59% of new power generation capacity installed in 2014. But that year renewables only accounted for 3% of global energy consumption, up from 0.9% a decade ago, according to BP’s statistical review.

The world will burn through the planet’s atmospheric allowance of CO2 emissions to cap within 30 years by some estimates to cap warming at 2C.

To meet that more than 80% of coal, half of gas and a third of oil needs to stay in the ground, analysts say.

The company sees energy production soaring from 250 to 400 million barrels of oil equivalent a year from 2010-2050 as its “minimum scenario”, as 3 billion in the developing world move from subsistence to modern users of energy, Henry said.

It has called for a carbon price with five European oil majors, signalling willing to work towards a UN climate agreement.

That includes Shell’s recent drilling in the Arctic, whose production cost could top $100 a barrel, James Henderson at Oxford University’s Institute for Energy Studies told the Guardian.