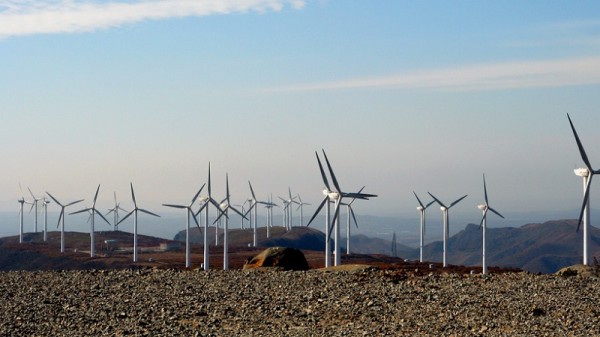 Last year was characterised by slumping oil prices and continued global economic growth – so how did renewable energy fare?

Wind, solar, hydro and other renewable sources made up 59% of new power generation capacity installed in 2014.

China, the US and Brazil topped the table for total clean generation, while Denmark, Germany and Sweden had the most per head.

In the heat and transport sectors, progress was slower, with some policies supporting biofuels and electric vehicles.

In early 2015, 164 countries had renewable energy targets and 145 had policies to support the sector. These include many in the developing world that had no such targets a decade ago. 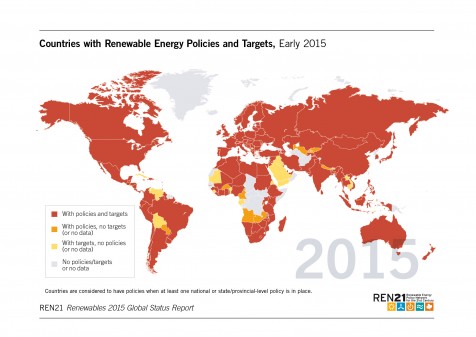 In early 2015, 164 countries had renewable energy targets and 145 had policies to support the sector

Renewables have reached 19.1% of global energy consumption. Nearly half of that figure comes from burning wood or other biomass, typically in household cooking fires or stoves. 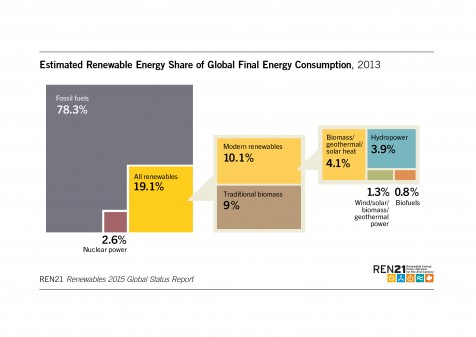 Renewables make up an estimated 19.1% of global energy consumption

In the power sector, renewables account for more than a quarter (27.7%) of installed capacity and 22.8% of generation. 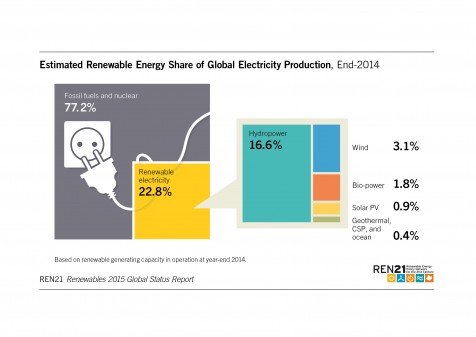 Hydro is the biggest source of renewable electricity