Burnt data: China coal use since 2000 far higher than estimated 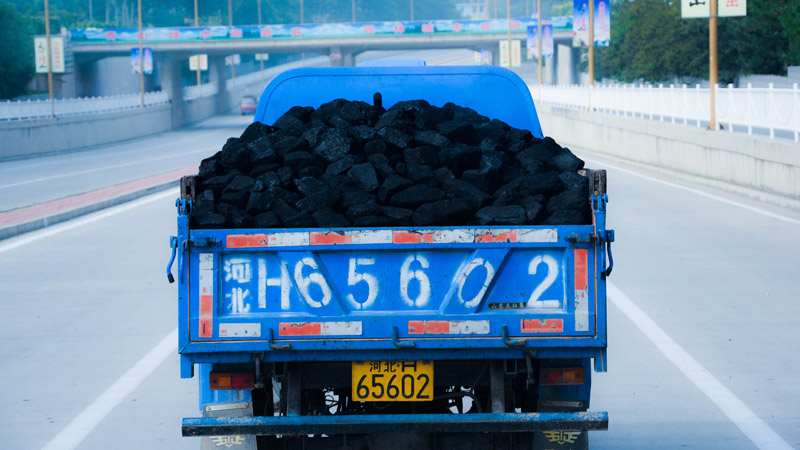 Chinese coal consumption from 2000-13 could be 14% higher than previously reported, according to the US Energy Information Agency (EIA), significantly increasing the country’s historical greenhouse gas emissions.

China’s National Bureau of Statistics (NBS) revised upwards the primary energy consumption of its coal-guzzling economy this month as it updated its statistical yearbook.

Those figures reflect the energy content, but do not provide the physical tonnage of consumption and production, which the EIA analysed to make its conclusions, the agency said in a Wednesday report.

The tweaks reveal the Asian giant, which accounts for a quarter of current CO2 emissions, has burned billions more tonnes of the most carbon-intensive fuel than expected. 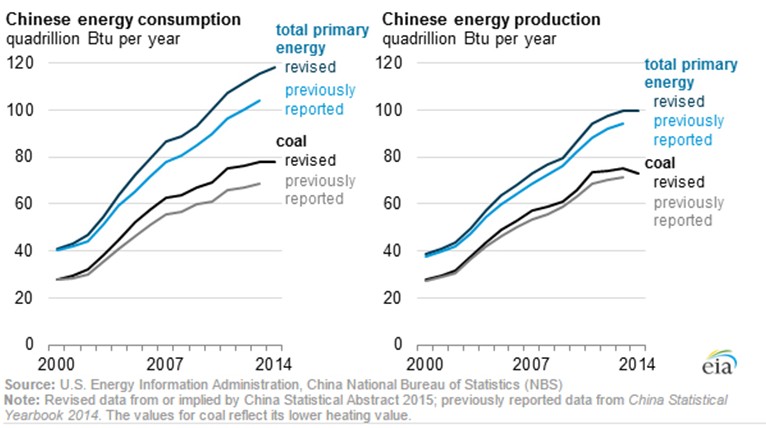 And that deepens its contribution to climate change.

China has committed to peaking its emissions around 2030 as part of a UN climate deal, lowering its relying on coal the muscle that has fired its development.

Yet in August, new analysis said China’s emissions may have been overestimated by 14%, as fuel quality hadn’t been taken into account.

EIA analyst Ayaka Jones said the magnitude of the revision in coal usage was due to “widely reported issues associated with Chinese coal statistics.”

Those included disagreements between national totals and the sum of provincial reports, and the difficulty of obtaining precise data in the world’s largest coal market. 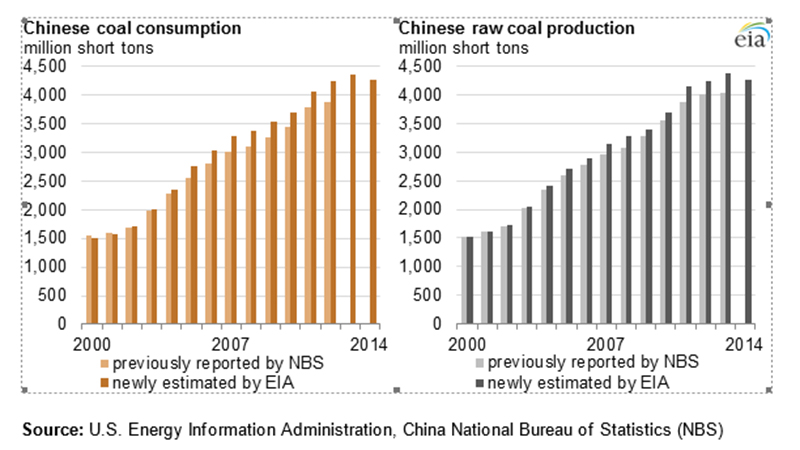 Energy-content-based coal consumption from 2000 to 2013 is up to 14% higher than previously reported, while coal production is up to 7% higher. (credit: EIA)

The findings revealed China’s coal consumption fell 2% in 2014 on a year earlier, not the 2.9% reduction as reported by NBS in preliminary data in February.

An economic slowdown has meant coal production fell 4.8% in the first eight months of the year, signalling a longer downward trend.

The 2014 reduction led global emissions to stay constant last year while the world economy grew, an event hailed by the International Energy Agency.

In May, the NBS issued new statistics countering that. Coal consumption rose 0.06% instead, pushing up total CO2 emissions.

The coal burned in 2014 was of higher quality, packing in more carbon emissions, following rules banning the sale and combustion of low-grade coal, Reuters reported.