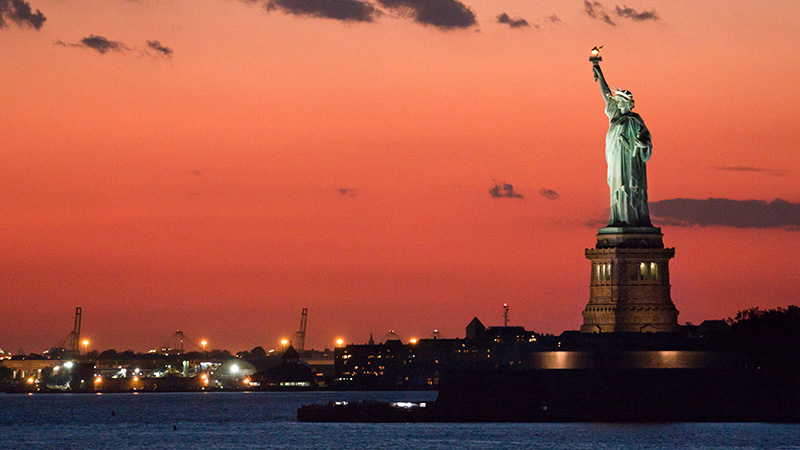 Burning all fossil fuel resources would submerge coastal megacities as Antarctica disappeared, according to new research.

The planet’s coal, oil and gas would release 10,000 billion tonnes of CO2 into the atmosphere and unlock the world’s biggest store of freshwater, according to a study published in journal Science Advances on Friday.

That would inundate Shanghai, Kolkata and New York – over the course of 10,000 years.

“If we were to burn all attainable fossil fuel resources, this would eliminate the Antarctic ice sheet and cause long-term global sea-level rise unprecedented in human history,” said lead author Ricarda Winkelmann of the Potsdam Institute for Climate Impact Research.

The latest study looks at the consequences for that frozen continent if fossil fuel use were to continue unabated, in spite of climate treaties to slow emissions.

Sea levels would rise an average of 3 metres a century during the first millennium, researchers project.

But rising seas on south polar melt could be restricted to just a few “manageable” metres, if countries cap warming to a 2C by 2100.

With around 100 million people living within 1m of sea level, even a small increase could have significant impacts.

The planet is 0.85C warmer than before the industrial revolution. Every extra tenth of degree of warming increases the long-term risk, researchers said.

Envoys from almost 200 nations are set to finalise a global warming pact in Paris in December. But national plans which form the backbone of a deal are too weak to reach the 2C goal.

“By using more and more fossil energy, we increase the risk of triggering changes that we may not be able to stop or reverse in the future,” co-author Anders Levermann of the Potsdam Institute said.

“The West Antarctic ice sheet may already have tipped into a state of unstoppable ice loss, whether as a result of human activity or not. But if we want to pass on cities like Tokyo, Hong Kong, Shanghai, Calcutta, Hamburg or New York as our future heritage, we need to avoid a tipping in East Antarctica,” Levermann added.

The scientists accounted for the impacts of atmospheric and ocean warming on the ice sheet as well as so-called “feedback loops” that accelerate ice retreat. That includes the chance of enhanced snowfall which could offset ice loss.

Acknowledging the models suffered from partial datasets on the shape of Antartica bedrock, researchers said the simulations accurately mapped the long-term evolution of the ice sheet, if time frames weren’t precise.

“It’s much easier to predict that an ice cube in a warming room is going to melt eventually than it is to say precisely how quickly it will vanish,” Winkelmann said.

The German institute’s scientists were clear that the huge ice volume of Antarctica would see its minor 10% contribution to current sea-level rise soar.

“In a world beyond two degrees, long-term sea level rise would likely be dominated by ice loss from Antarctica.”