Major farming and forestry nations have been outdone by Ethiopia and Morocco, says Union of Concerned Scientists 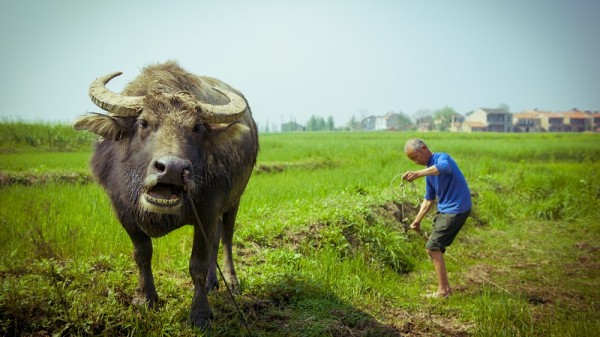 Ethiopia and Morocco have shown up much larger countries with detailed plans to tackle greenhouse gas emissions from farming and forestry.

Both African states set out clear policies on the land sector in their contributions to a global climate deal.

By contrast, China and Canada fell short, according to analysis by the US-based Union of Concerned Scientists.

“It was somewhat of a surprise – we expected better,” said Doug Boucher, director of UCS’s tropical forest and climate initiative.

Human changes to the landscape account for nearly a quarter of global emissions. Deforestation, fertiliser use and livestock rearing all worsen global warming.

Actions like tree planting and wetland restoration, meanwhile, can have the opposite effect, soaking up more carbon dioxide from the air.

Boucher said: “For both of those reasons, it is globally important.”

To date, 58 countries have submitted national contributions to a UN carbon-cutting pact, with the rest expected to deliver by October.

These will underpin a global agreement to be signed in Paris at the end of the year.

Governments were not obliged to specify policies for the land use sector, but some chose to do so. Measures include restoring degraded forests and changing farming practices.

UCS analysts praised Morocco and Ethiopia, two of the earliest African countries to put forward their pledges, for setting out relatively detailed plans.

For Ethiopia, agriculture and forestry account for 88% of its emissions, so it was a major focus of the pledge.

China, despite having “significant potential” to green its land use, did not show any increase in ambition, researchers found.

Forest-rich Canada, meanwhile, left itself a giant loophole by omitting emissions caused by wildfire or tree disease from its carbon accounting.

“This strategy would be understandable if such natural contributions were truly beyond human control,” said Boucher.

“However, much of Canada’s forest-related emissions result from forest fires and beetle infestations, both of which are affected by human management and should be taken into account.”

An earlier UCS analysis found Mexico had clearer ambitions than the EU or US on land use emissions.

The NGO plans to assess pledges from Brazil, Indonesia and India, which are expected to emerge this month.