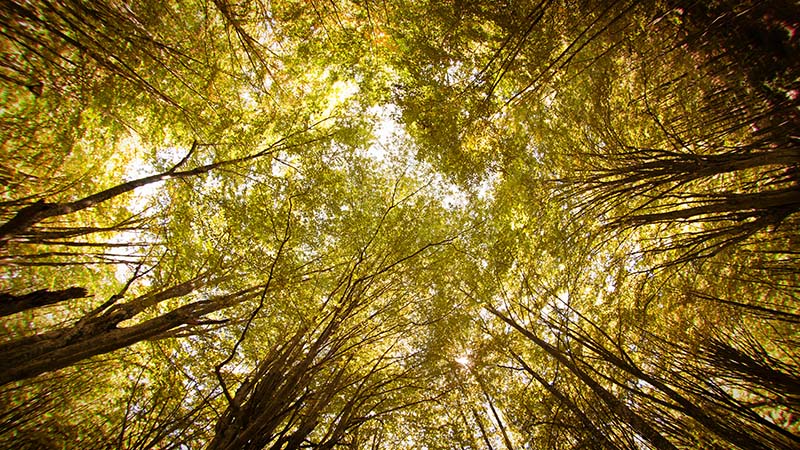 The US has the globe’s largest potential to sequester carbon dioxide. Policy challenges could see 2.5 gigatons less emitted a year (Flickr/ Rudolf Getel)

The United States and European Union are shirking chances to dent greenhouse gas emissions arising from forests and agriculture, a report charged on Tuesday.

The major polluters have “considerable” potential to take steps like planting carbon-sucking trees and dialling down beef farming, according to the Union of Concerned Scientists.

But in an analysis of CO2-cutting plans submitted by 34 countries in March ahead of a global climate pact, the US advocacy group says the emitting blocs are overlooking the sector.

“With land use sector emissions accounting for 25 percent of all global warming pollution, it is essential that countries with the potential to reduce emissions in this sector – like the US, EU, and Mexico – clearly commit to doing so in their INDCs,” said Doug Boucher, director of UCS’ Tropical Forest and Climate Initiative.

In its intended nationally determined contribution (INDC), the US omitted a reference to tackling the sector’s emissions.

“While there is discussion of actions on emissions reductions from a variety of sources, such as electric power, motor vehicles, and landfills (with a total goal of 26–28 percent below the 2005 level by 2025), agriculture and forests are left out,” according to the report unveiled at UN climate talks in Bonn, Germany.

The US has the greatest potential for curbs out of the eight countries that make up 57% of worldwide land use emissions, according to an earlier UCS report.

The EU was similarly criticised for an absent strategy, as well as vague language.

Report: EU vows to preserve climate ambition in use of forests

With the potential to mitigate emissions by 0.4 Gt CO2e a year its INDC says policies on how to include land use emissions will be established as soon as “technical conditions allow.”

That’s despite a recent EU study which found dietary changes to eliminate certain foods that cause high emissions, such as beef, could reduce agricultural emissions by 28%.

Talking with RTCC, Boucher said the ambiguity had more to do to with politics between member states than technical questions.

“They simply can’t agree what to do,” he said.

Striking a contrast with the developed countries, the report praised Mexico for its pledge to halt deforestation by 2030 and boost tree-planting.

“Despite being a developing country in which the land is very important to its economy, Mexico has put forward detailed plans,” Boucher said.

“The US and the EU should take a page from the Mexico playbook,” he added.