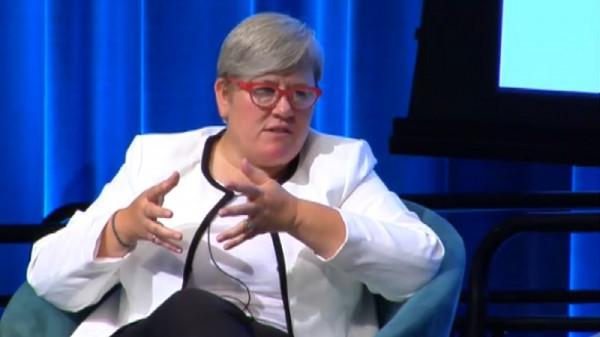 A long-awaited plan detailing how developed countries will meet a 2009 promise to deliver US$100 billion a year of climate funds to poor countries will be presented on 9 October, the UN’s top climate official has told RTCC.

In an exclusive interview, Christiana Figueres said she expected top donors to outline their proposals at the start of the annual World Bank and International Monetary Fund meeting in Lima next month.

Top finance ministers including US Treasury secretary Jacob Lew, Germany’s Wolfgang Schäuble and the UK’s George Osborne will be in Peru for the summit, one of the most important economic meetings of the year.

“Developing countries cannot transform their economies towards low carbon unless they have financial support – you don’t even have to argue it. It is absolutely clear,” Figueres said.

The plan needed to be “detailed and credible” she added, with a clear pathway towards hitting $100 billion and meeting demand for low carbon investment experts believe could top $45 trillion between 2015-2030.

Meeting the 2009 pledge could remove a significant obstacle facing negotiators working on plans for a global climate pact, set to be signed off in Paris this December.

Developing countries say they cannot slash greenhouse gas emissions or prepare their populations for future weather extremes unless they are offered new sources of funding.

Countries have agreed to limit global warming to 2C above pre-industrial levels, but analysts calculate actions pledged to date set a course for 3C.

“There is a lot of work going on to show what climate finance is already flowing and what it is being spent on,” said Kyte. “I think that is very important, because what is missing is a basic level of trust and confidence.”

Athena Ballesteros, a climate finance expert at the World Resources Institute (WRI) welcomed the news that a package could be presented, but stressed it would need to clearly detail how rich countries will mainstream low carbon investment.

Recent analysis from the WRI suggests rich countries are finding an estimated $17 billion a year from public sources to aid the climate fight in the Global South, well short of $100 billion.

“One of the things they have to announce in October is that next to Germany – which doubled its climate budget offer to $4 billion – there has to be significant pledges for public financing,” she said.

The UK, Switzerland, France, Denmark and Japan have all signalled they could announce more, she added.

Seychelles climate ambassador Ronnie Jumeau said the announcement could be “important for trust” at negotiations.

“The road to the sustainable development goals and Paris is littered with broken promises,” he told RTCC.

“We need a finance package that delivers on promises made – especially as we know we are heading for warming of 3C – and adapting is going to be worse than we thought.”