Climate pledges do little to cap warming to 2C target 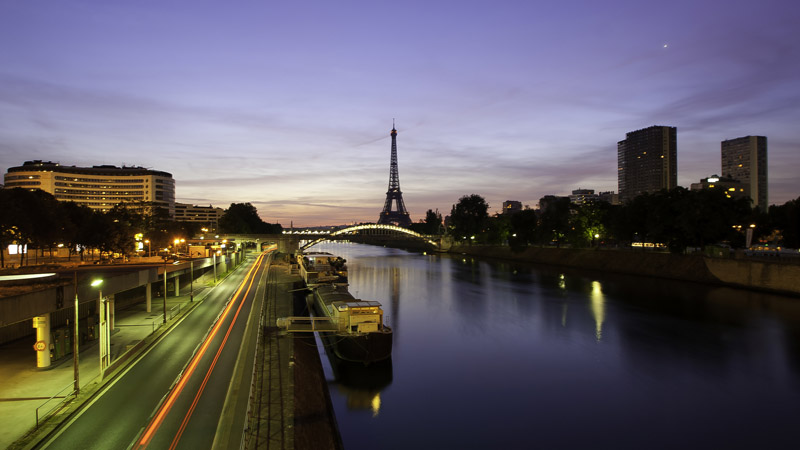 Countries are expected to sign off on a global warming agreement in Paris in December, but national actions remain inadequate (Pic: Emax_photo/Flickr)

Twenty-six countries which include Australia, Mexico and South Korea, have volunteered new carbon-slashing pledges to a global warming pact since the last round of yearly talks in December 2014.

But their collective effort in reining in climate change is negligible, said a sobering report on Wednesday by Climate Action Tracker (CAT), a collective of research institutes.

The planet remains on course to warm about 3C by 2100 – triggering catastrophic climate change – despite the flurry of much-heralded “intended nationally determined contributions” (INDCs) in UN lingo.

“One would have expected all the new Government climate targets combined to put the world on a lower emissions pathway, but they haven’t,” said Louise Jeffery of the Potsdam Institute for Climate Impact Research in a statement.

CAT’s 2.9-3.1C projection in December included draft plans of the United States, China, and the EU’s 28 member states, which together account for 51% of world greenhouse gas emissions. The additional INDCs as of Sept 1. raised coverage to around 65%.

The findings come as envoys enter a third day of week-long talks in Bonn, tasked with crafting a global warming agreement to be signed in Paris in December.

Delegates have been criticised for the slow pace in filleting a negotiating text which resembles a laundry list of divergent options.

Report: Climate negotiators urged to up pace at Bonn session

“It is clear that if the Paris meeting locks in present climate commitments for 2030, holding warming below 2˚C could essentially become infeasible, and 1.5˚C beyond reach,” said Bill Hare of Climate Analytics.

“Given the present level of pledged climate action, commitments should only be made until 2025. The INDCs therefore need to be considerably strengthened for the period 2020-2025.” 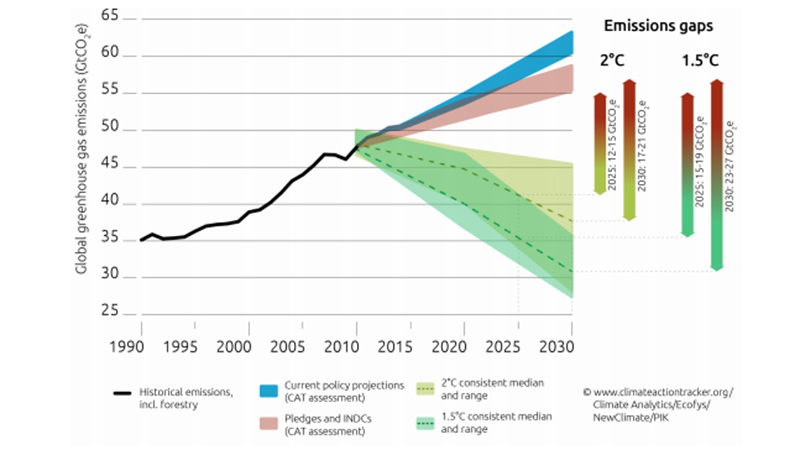 Of the 29 analysed by CAT, seven are “inadequate”, six are “medium”, with just two classed “sufficient.”

In numbers, countries need to collectively reduce global emissions by a further 12-15 gigatons of carbon dioxide equivalent by 2025, and 17-21 GtCO2e by 2030.

Comment: The INDCs are a mess – and the UN needs to take control

CAT singled out Russia, Canada and New Zealand’s pledges as at fault for the little change in emissions. Their INDCs were “inconsistent with their stated long term (2050) goals,” added Jeffery.

The consortium of four European outfits also found “in most cases” that countries didn’t even have policies in place to reduce emissions to match their INDCs for 2025. China and the EU were the exception.

The report supports the case for a mechanism to “ratchet up” or deepen countries’ emissions cuts at periodic intervals as dictated by science.

“With current policies being insufficient to limit emissions even to the INDC levels by 2025, it is clear that ramping up greater policy action needs to be encouraged as part of the Paris Agreement,” said Kornelis Blok of Ecofys.

India, Brazil, Iran, Indonesia and Saudi Arabia are the five top carbon polluters yet to reveal their policies. They have just a month to meet a UN deadline, but observers say it is unlikely their pledges alone will bridge the emissions gap.