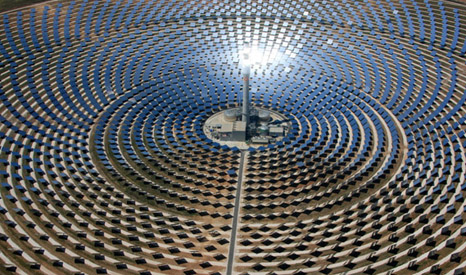 Rich countries will need to raise their climate finance offerings 25% a year if they’re to meet a goal of delivering $100 billion of climate finance to the developing world by 2020.

So far the developed world is mustering around $17 billion a year from public funds, according to an analysis from the World Resources Institute published on Wednesday.

It suggests countries including the US, Japan, Canada and EU member states will more likely need to leverage funds from the private sector and multilateral development banks to make up the shortfall.

The study offers four options for countries to meet the $100bn goal – this one is based on a low increase in public funds (Pic: WRI)

Without evidence the $100 billion can be delivered to help poorer countries invest in greener technologies and prepare for climate impacts, talks on a global deal are set to falter.

“As stated by President Hollande, we can’t secure an agreement in Paris without an agreement on finance,” said Pascal Canfin, senior advisor for international climate affairs at the WRI.

“Therefore, showing a credible and balanced pathway towards the $100 billion goal is an issue of strategic importance for the upcoming G7 summit.”

Agreed at the 2010 UN climate summit in Cancun, the funding goal has long be dwarfed by new low carbon investment projections, estimated last year to be in the region of $45 trillion between 2015-2030 for energy infrastructure alone.

But delivery of funds has huge political importance – proof say developing countries that those responsible for historical emissions of greenhouse gases will pay for the consequences.

On the flip side richer countries have been reluctant to increase their donations, citing austerity measures and the impact of the global financial crisis.

“$100 billion is not sufficient on its own to create a low-carbon transformation, but it is an important political goal to signal developed countries’ are committed to scaling up climate finance,” said Athena Ballesteros, the WRI’s head of climate finance.

The goal of this study is to try and get all governments to try and think about the political compromises they could make on finance ahead of Paris, she told RTCC.

For developing countries this could mean accepting that if they insist on the $100 billion solely coming from public coffers they may end up with less than a quarter of their ask.

For developed it’s evidence that the total can be reached if they work harder and faster at securing other flows of finance ahead of December’s meeting.

Central to this challenge is developing a transparent way of measuring flows of cash, which are often attributed under overseas development aid and can be non-climate specific.

“Parties should clarify the definition of climate finance and the development of methodologies, including those for calculating and attributing leveraged private sector investment,” says the report.

Last December Japan caused a storm after it was accused of using climate funds to invest in new coal-fired plants, a stance its development agency has defended, saying they will cut emissions.