Khyber Pakhtunkhwa, riven by the war on terror and extreme floods, has ambitious plans for hydropower and forests 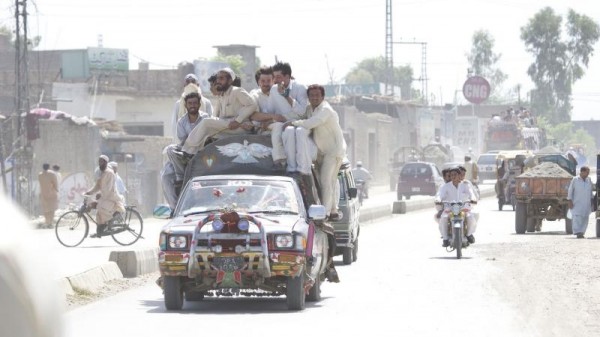 Pakistan’s northwest Khyber Pakhtunkhwa province, a frontier of the war on terror, has set an ambitious plan for itself of becoming carbon neutral by 2018.

Under the Green Growth Initiative, it is planning to spend some 1,120 billion rupees (US$17 billion) in forestry, energy and agriculture sectors to achieve the goal.

Launched a year ago in Peshawar by former international cricket star Imran Khan, now chairman of the Pakistan Tehreek-e-Insaf party, the initiative aims to help rebuild a region riven by violence and natural disaster.

Sitting on the mountainous border with Afghanistan, Khyber Pakhtunkhwa has since 2001 become known as a backdrop for Islamic militancy.

US forces tracked down and killed terrorist chief Osama bin Laden in the province’s city of Abbottabad in 2011. The following year in its Swat Valley, a Taliban gunman shot schoolgirl campaigner Malala Yousafzai.

Terrorism has abated somewhat, with a 60% reduction in attacks in the first three months of 2015 compared to the previous year, according to official figures.

In an exclusive interview with RTCC, Malik Amin Aslam, chair of the Green Growth Initiative, said its primary focus was on clean energy development to avoid carbon emissions.

This includes a pipeline of hydropower projects that could generate 3,500 megawatts, with a budget of 1,100 rupees.

That would be supported by 20 billion rupees worth of tree planting by 2018 to sequester carbon in the province, added Aslam, who is also global vice president of International Union for Conservation of Nature (IUCN).

Pakistan pumped out nearly 150m tonnes of CO2 in 2008, with emissions rising at 6% a year, according to its climate change ministry.

Giving details about the hydro projects, Aslam said the work on around 500 megawatts is in the short term pipeline through private sector partnerships. Another 356 small community-based hydro projects to off-grid locations are already under way and almost 40% are in the final stages of completion.

The government hopes that will help people to switch away from using kerosene for lighting and heating.

“The development model in the province aims to prove that economic development and environmental care do not necessarily have to be contradicting concepts but, through considerate planning, can be aligned to go hand in hand,” said Aslam.

Accounting for less than 0.5% of global emissions, Pakistan remains an minor contributor to the issue. But it is vulnerable to floods, droughts and extreme weather and needs up to US$15 billion a year to climate-proof its economy and cut emissions. 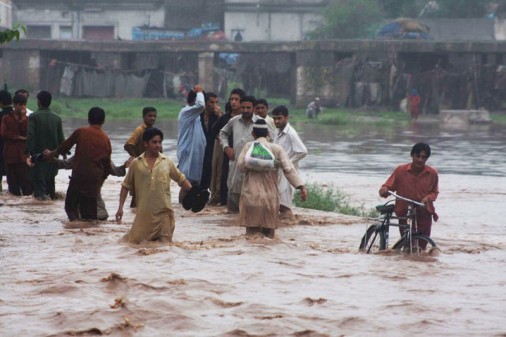 Khyber Pakhtunkhwa has had 40% of Pakistan’s forest reserves and has committed its budgetary funds to one of the largest afforestation/forest protection plans by the name of the “billion tree tsunami”.

The province’s commitment to climate change has recently been acknowledged at the global level with its inclusion under the global “Bonn Challenge” – the largest carbon sequestration initiative being currently undertaken in the world.

Talking about recent floods in Chitral, Aslam said that Khyber Pakhtunkhwa lies in the pathway of melting glaciers and is most impacted by flash floods and freak weather patterns.

“While the rest of the world can afford to keep on talking about climate change and blowing a lot of political hot air, our province has to face the issue head on and does not have the luxury of time on its side,” he said.

The provincial government has been using its own resources to meet the challenge. Aslam said it could do more with finance from the international community.

If this December’s climate summit in Paris can rekindle carbon trading schemes, he calculated the forest projects could be worth US$6-800 million.

A small unit has been set up in the Pakistan Forest Institute to start taking stock of the carbon stored in forests, using Intergovernmental Panel on Climate Change (IPCC) based techniques.

In a province strained by priority issues of dealing with the war on terror and social pressure of poverty alleviation and unemployment, it remains a challenge to keep on committing the budgetary funds for carbon neutrality and green initiatives, Aslam admitted.

If the government succeeds in achieving carbon neutral Khyber Pakhtunkhwa, the people will benefit primarily through the development of an alternate green economy in the province, with jobs and opportunities for responsible growth.

“All the initiatives including the development of hydro projects and the forestry protection have already started generating a groundswell of jobs for the people,” he said.

Aslam said that a third party assessment would be carried out to look into all the claims made by the provincial government of becoming carbon neutral.

“We are hopeful that with the projects already underway, Khyber Pakhtunkhwa would meet and possibly overshoot its target of carbon neutrality by 2018,” he said.

To cope with adverse impacts of the climate change, many countries have started thinking about the concept of carbon neutrality. Norway has committed to a carbon neutral growth model by 2050 and also the state of Hawaii has announced measures for achieving carbon neutrality.