EU should pressure Western Balkans to phase out coal – report

As leaders meet in Vienna to discuss closer cooperation, they must address the energy transition, argues CAN Europe 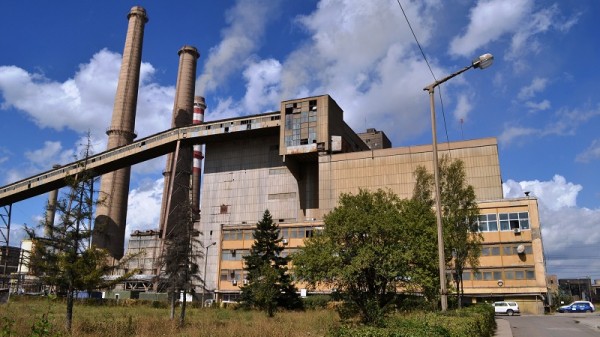 The EU should use its influence with Western Balkan states to wean them off coal.

That was the message of Climate Action Network Europe in a report issued to coincide with a summit in Vienna on Thursday.

“I see strong political will, both in the region and in Europe, to make this happen,” Mogherini said at the summit.

Coming as at least 20 migrants were found dead in a lorry in Austria, the meeting prioritised efforts to manage the flows of people escaping conflict-hit states in the Middle East and Africa.

Maros Sefcovic, vice president of “energy union” at the European Commission, was also there to promote cooperation on energy matters.

But the subject only got one line in a joint EU statement issued after the summit finished: “Energy grids should be improved and their capacity enhanced.”

Albania, Bosnia and Herzegovina, Kosovo, Macedonia, Montenegro and Serbia are home to 20 million people and have relatively carbon-intensive economies.

All are seeking EU membership, but first they must meet economic and political conditions, including cleaning up their act on human rights.

Brussels should make sure climate action is on the list, CAN argued, to make sure Western Balkan states do not stay locked into polluting coal-based energy systems.

“They are locking their dirty energy systems into outdated and heavily polluting coal infrastructure for decades to come.

“Moreover, the EU’s influence in the region is taken over by Chinese investors, participating in nearly every new coal project planned.” 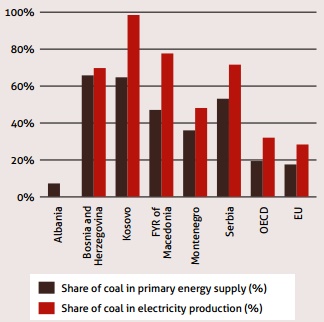 Coal’s share of energy and electricity production in the Western Balkans, EU and OECD (Source: IEA)

All the states except Albania depend on coal for more than half of their electricity generation, with stark health, economic and climate consequences.

Air pollution knocks a third off Serbia’s GDP, according to the World Health Organization, based on the cost of related death and disease.

Yet the country is planning 2.5 gigawatts of coal power plants, more than half its electricity generation pipeline. Across the region, 6GW of power stations are due to be built by 2030.

Many have attracted Chinese investment, while the World Bank is reportedly backing a plant in Kosovo, despite its policy of phasing out coal support. 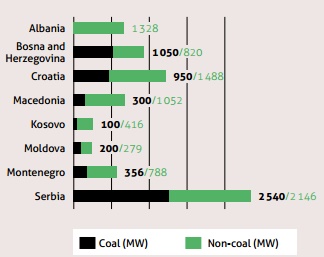 As part of its energy union strategy, Brussels is seeking to coordinate with neighbouring states.

While it is supposed to line up with the bloc’s climate policy, the focus has been on energy security and reducing reliance on Russian gas.

On Poland’s insistence, this included a push for “indigenous fuel” such as coal and gas, as well as diversifying gas supply routes.

That dismayed environmentalists, who argued energy efficiency and renewables were the way to go.

Mileusnic of CAN Europe called on Sefcovic to use the Vienna summit to make “more than a cosmetic change” to energy systems in the region.

It should also be pressing Western Balkan states to commit to greenhouse gas emissions cuts in line with EU ambition, CAN said.

National contributions are to form the backbone of a global carbon-cutting deal due in Paris this December.

Sefcovic hailed the move as “an exemplary step” on the path to EU membership.

But CAN said the figure was “far too low” and not compatible with the rest of the continent.

The EU is committed to 40% cuts, with even the poorest member states targeting at least 25% as their share.