Ahead of Paris, Russia becomes a climate policy wallflower

Moscow is politely absent from the climate debate, showing indifference rather than hostility to a global deal 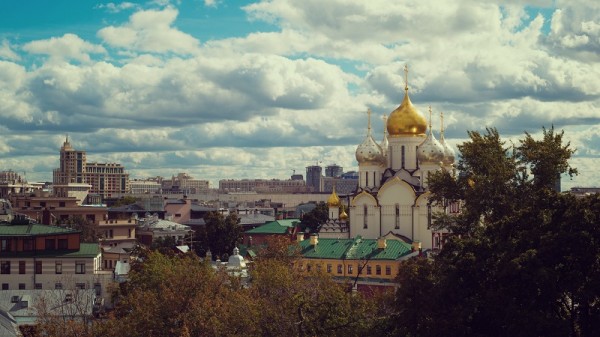 Almost a year and a half into international sanctions, Russia finds itself looking forward to the UN climate summit in December from a bizarre diplomatic limbo.

It is not clear whether the country has any real allies left outside its traditional small circle of post-Soviet friends sans Ukraine, yet there is neither open antagonism nor reasons to expect trouble in Paris.

Russian officials were nowhere to be seen at the most recent Major Economies Forum meeting in Luxembourg, a distinctly US-dominated initiative of which Russia technically is a member.

The latest modest success of another forum where the two meet, the Arctic Council agreeing on a temporary ban on fishing in the Arctic high seas, was overshadowed by the fact that it was initially supposed to be last year’s success: the agreement was planned for a Moscow meeting of the council which the US and Canada boycotted in protest over the Crimea annexation.

After a May visit to Moscow, France’s special envoy for the planet, Nicolas Hulot, was “greatly surprised”, as he told EurActiv, by what he called changing attitudes towards climate change. He expressed confidence that any potential trouble in Paris was unlikely to come from Russia.

Putting the R in BASIC

Hosting this year’s BRICS summit, Russia tried to tout the group as a bona fide global counterbalance to the western geopolitical system.

But that is hard to sell when it comes to climate change, where BRICS normally drops the R. Brazil, India, China and South Africa have their own informal negotiating group known as BASIC, while Russia is loosely allied with Canada, Australia, New Zealand, the US and others in the Umbrella Group.

According to Russian officials, the country was the one to bring climate change to BRICS in the first place.

In 2011, when the issue appeared in the agenda for a meeting in China, Russia’s lead negotiator Oleg Shamanov told RIA Novosti they had introduced this item fully realising that positions within the group were fundamentally different, and countries like India, China and Brazil were all “at the other end of the spectrum”.

Yet he hoped the new venue would help foster understanding and cooperation in the main UN forum as well as create partnerships in adaptation and technology transfer.

Four years later, experts agree climate change has yet to move up the group’s list of priorities, even though the recent meeting in Ufa did reaffirm everyone’s readiness to “achieve a comprehensive, effective and equitable agreement”.

It also welcomed Russia’s proposal to host the first meeting of the BRICS ministers of energy in the end of this year and, immediately before that, a balance of interests of “consumers, producers and transit countries of energy resources”.

According to World Bank data, Russia and South Africa are the group’s two net energy exporters, Russia being the world’s second largest crude oil exporter and the first in natural gas.

“I think Russia simply doesn’t see why it needs BRICS on this issue,” said Igor Makarov, of the Higher School of Economics in Moscow.

“But, to be fair, the other countries also don’t quite see what they need Russia for — they are mainly in a dialogue on finance and technology with Europe and the US. I don’t see BRICS acting together in Paris at all, but there may be more cooperation afterwards.” 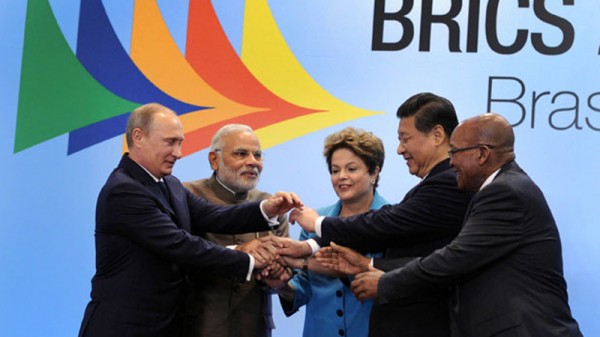 One area this unlikely alliance could actually work on together would be the technical issue of carbon accounting.

Russia, China and India, the world’s top three net carbon exporters, could start lobbying for a more equitable way of sharing the burden of trade-related carbon emissions. But so far that has not been discussed beyond policy papers.

Another, further developed, is a new BRICS development bank. It doesn’t have an official investment policy yet, but could be a route for climate finance.

Russia’s priorities, albeit not exactly clear or public (the country is said to have already submitted its proposals for the first round of projects to be selected in April 2016), seem to lie in the transport infrastructure sector.

Vladimir Chuprov of Greenpeace Russia told RTCC that “countries are still sticking to the old ways” and there is no evidence the new bank will be different.

China and the World Bank are supporting large-scale hydropower development in Mongolia, instead of viable solar and wind power alternatives. The Mongolian project has met vocal opposition in eastern Russia as activists say it threatens Lake Baikal, the world’s deepest lake and largest freshwater reservoir.

The greater turn to China in energy policy and trade, however, did spill over into the climate sector.

The two countries have established a joint “development and climate change” working group, headed by lead Chinese negotiators Su Wei and Yaroslav Mandron, a Russian Ministry of Economics official not in the usual national delegation to the talks.

According to the ministry website, the group had its inaugural meeting just last week, and parties agreed to work out a common agenda of issues such as biofuel production, CTL (coal to liquid) technologies, linking carbon markets and reducing emissions in cities, to be discussed at the next meeting tentatively planned for early 2016.

Last year’s fears of Russia becoming officially isolated at the UN talks have largely turned out to be unfounded.

Observers note that Russia has indeed withdrawn from actively participating in the Umbrella Group work, a tactic that can perhaps be described as polite absenteeism, but the group itself doesn’t seem to be going anywhere.

WWF Russia’s Alexey Kokorin told RTCC: “These days Russia is ever closer to Belarus and Kazakhstan, as the three countries have regular consultations and meetings… Kyrgyzstan and Armenia are also friendly but they have their own agenda that is different from that of the three economies in transition.”

In June, Russia and the UN development body established a $25 million trust fund for development, with five pilot projects, mostly in the Central Asian countries, already selected and $2 million to be disbursed this year.

According to Kokorin, so far the projects are not explicitly about climate change mitigation or adaptation but rather about public health, yet they can often have climate co-benefits.

Finally, the Crimea-shaped elephant in the room standing between Russia and Ukraine is still there. Apart from general hostility, this issue can also cause technical difficulties: this year the countries are still reporting on their emissions from 2013, but next year the Russian accounting authority will likely include Crimean emissions in Russia’s official UN greenhouse gas inventory — as will their Ukrainian counterparts.

Overall, Russia seems to have put any proactive climate policy it may have hinted at before on the back burner. It is slowly drifting towards carbon regulation through technical standards and reporting as opposed to market mechanisms.

The country recently adopted its first set of emissions accounting rules — a law that introduces mandatory reporting for all large emitters from 2017 is still in the works and not expected before the Paris summit.

Earlier this year, the government also pulled funding from a proposed pilot scheme to support emissions reductions and pushed the rollout of a national system of sectoral caps further into 2016.

The vibe, then, is certainly different from that of 2009, when in a single year Russia appointed its first climate change envoy, adopted a climate change doctrine and then sent its president to Copenhagen. It is too early to guess who might lead the delegation this time.

So far this year, the highlight of the national climate policy debate occurred at the Saint Petersburg Economic Forum in June. Environment minister Sergey Donskoy told a panel that by 2030 Russia could be losing 1-2% of its GDP annually due to climate change impacts.

For example, in 2012 catastrophic flooding in the southern town of Krymsk claimed 170 lives and caused some 20 billion rubles (back then around $650 million) in damage.

Latest research by Russian scientists suggests that unprecedented torrential rains which caused the flooding were made possible by rising sea surface temperatures of the nearby Black Sea, at least partially attributed to human activities.

And yet with Russia’s INDC effectively allowing for emissions growth and no mention of adaptation, right now, as the world is approaching peak public attention on climate, it doesn’t seem like Moscow is poised to do anything about it.