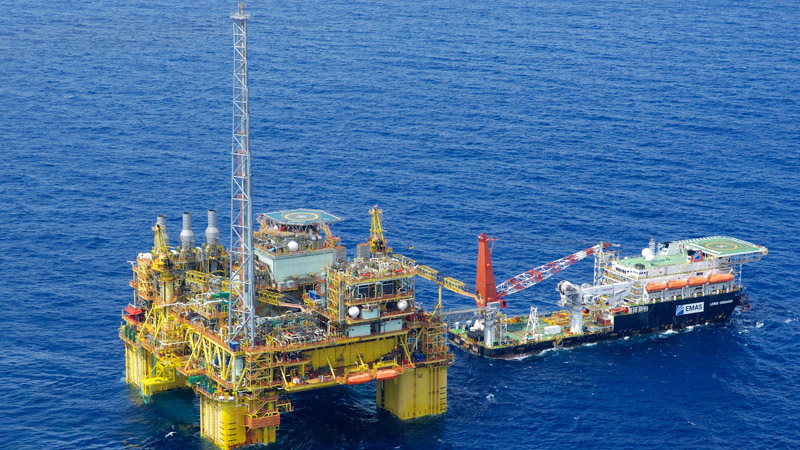 OIL MAJOR CUTS: The world’s top hydrocarbon producers have postponed investments worth $200 billion due to low oil prices, reports the FT. “The plunge in crude prices since last summer has resulted in the deferral of 46 big oil and gas projects with 20bn barrels of oil equivalent in reserves — more than Mexico’s entire proven holdings,” it says.

Those shelving projects include BP, Shell, Statoil and Chevron. Areas set to see developments halted include the Gulf of Mexico, Africa and Canada, where 5.6 billion barrels of oil from the tar sands was due to be processed.

NEW PARIS TEXT: As RTCC reported late Friday, the new negotiating text (or tool as the UN is calling it) is out. It’s 83 pages with a note from the co-chairs explaining how they pulled it together, 76 without. Highlights? It’s a lot more colourful, with a red, green and black colour coding marking out possible pathways forward and difficult words (shall, should and may can cause real headaches at UN talks).

Envoys have around a month to read through this on the summer holidays before meeting in Bonn at the end of August and signalling whether they think the document offers a path forward. Earlier signs seem positive.

“This streamlined agreement text gives delegates a strong foundation to advance the climate negotiations. The co-chairs have cut through the clutter to make the text more coherent, clarifying the key choices to be made. Coming shortly after a positive ministerial meeting, negotiators should use this text to keep the momentum going ahead of the climate summit in Paris.

HFC PROGRESS: Talks on slashing emissions of a potent set of greenhouse gases used in air conditioning and fridges will reconvene in Dubai this November, after a week of discussions ended in stalemate. The UN’s Montreal Protocol is the official forum for HFC discussions, deemed a small but critical piece of December’s proposed Paris climate pact.

US environmental campaign group EIA blamed Pakistan for blocking more substantial progress. Along with Saudi Arabia, India and China it has been concerned about the costs new cooling gases would impose on its economy. Others struck a more positive tone.

Durwood Zaelke from the Institute of Governance & Sustainable Development, who was participating in the Paris meeting that concluded a few minutes before midnight Friday night, said there were signs of “light” at the end of the tunnel.

“This is the breakthrough we’ve been waiting for, and opens the way to concluding the HFC amendment at the November Meeting of the Parties in Dubai, which will provide climate mitigation  equivalent of 100 (87-146) billion tonnes of CO2 by mid-century, and avoid up to 0.5C of warming by the end of the century.”

HOLIDAYS: That’s right. It’s holiday time for lawmakers in the EU for the next month. The US house of representatives knocks off on August 3, the Senate a week later.

OBAMA IN KENYA: Wondered why Kenya was so quick off the mark with its UN climate plan last week? That’s right… US president Barack Obama is in town. The country says it needs $40 billion to hit all its low carbon goals, which are targetting 30% cuts from business as usual by 2020. Obama offered warm words of support for the announcement. “I… want to commend Kenya, a leader in clean energy, for announcing its post-2020 target to limit carbon emissions as part of our fight against climate change.”

And the good news for Kenya is that the US wants to invest in its electricity grid, according to Obama. “Our Power Africa initiative is supporting Kenya’s goal of achieving its national energy needs — electricity for Kenyans — by 2030.  And this includes innovations that bring power to rural Kenyans who are off the grid, as I saw earlier today at the Global Entrepreneurship Summit.”

Paris tracker: Who has pledged what for the 2015 pact?

CLINTON PLEDGE: Presidential candidate Hillary Clinton says she would oversee the installation of half a billion solar panels if elected to the White House in 2016. In a video posted on her twitter feed she criticised leading Republicans who say global warming either isn’t happening or is nothing to worry about. “Future generations will look back and wonder, ‘What were we thinking? How could we possibly be so irresponsible’?” she said.

You don’t have to be a scientist to accept scientific evidence. Climate change is real and we must act. -H https://t.co/jV0k5v5P4I

AUSTRALIA ELECTION: With a general election looming next year, the Labor opposition seems keen to make climate change a key issue for voters. “Climate change is not absolute crap. It is an inescapable fact,” said opposition leader Bill Shorten, daring PM Tony Abbott to “bring it on” over the toxic issue of global warming. Labor would set goals for the country to be 50% reliant on renewables in 15 years and revive the scrapped carbon tax, Shorten added.

CLIMATE MURDERS: Are scientists investigating Arctic melt being deliberately killed? That’s the astonishing claim from Cambridge ice expert Peter Wadhams, made in an interview with the Daily Telegraph. Three scientists – Seymour Laxon and Katherine Giles from UCL and Tim Boyd of the Scottish Association for marine Science died in early 2013.

None of the circumstances were deemed unusual at the time. Wadhams told the paper: “Yes. I do believe assassins possibly murdered them but I can see that I would be thought of as a looney for believing this. But it’s just very odd coincidence that something like that should happen in such a brief period of time.” Family and friends of the dead scientists rejected Wadhams’ theory, the Telegraph adds.

Missed anything? Email me: [email protected]