Brazil mega-dam ‘disaster’ for tribes as it nears completion 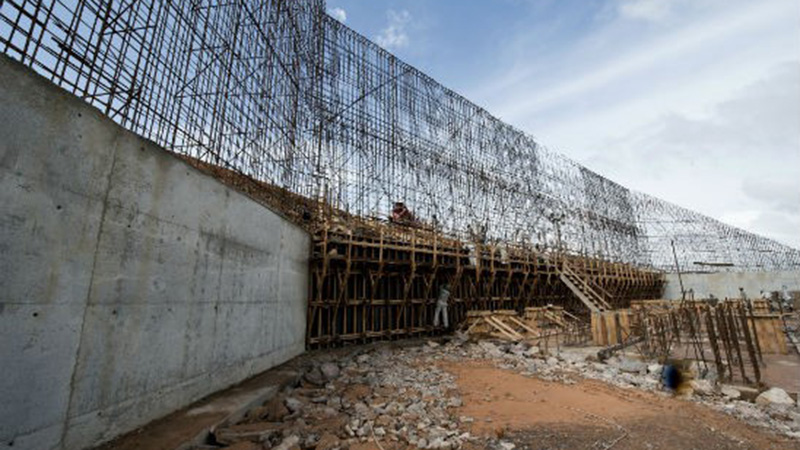 The US$11 billion dam on an Amazonian tributary – set to be the third-largest producer of hydropower globally – has met just 30% of the social and environmental conditions set by government, said AIDA Americas.

“It is clear that the conditions necessary for Norte Energia, the consortium in charge of the project, to receive the licence are not in place,” said a statement on Monday. The dam is 70% built.

Brazil’s largest infrastructure work will divert the Xingu River, forcing the relocation of 2,000 families as pristine rainforest is flooded. Federal prosecutors have recommended the relocation be suspended.

Environmental groups have petitioned the Inter-American Commission on Human Rights to oppose the government’s granting of a license, on the basis it could destroy tribes’ means of survival.

“Giving free rein of operation to the dam at this time would mean completely shutting down the options available to avoid major social and humanitarian disasters in the region,” said Sandy Faidherb of SDDH, a local activist group which filed on behalf of the affected communities.

The government has said Belo Monte will supply Brazilians with clean energy and develop the country’s economy.

The dam has been designed to minimise damage, and will flood less than half – 478 sq km in 28-mini reservoirs – of the area affected by the Brazil’s largest Itaipu hydroplant, the Guardian reported.

That comes at a cost to power output, as not shutting off entirely the river means the plant will work on average at barely 40% of its 11,200 MW capacity.

The Xingu River basin in Para state is a “living symbol of Brazil’s cultural and biological diversity,” home to 25,000 indigenous people from 40 ethnic groups, according to Amazon Watch.

Wildlife populations have drastically declined at another dam, Balbina, built in the 1980s, after a 3,500-island archipelago slashed habitat to roam and exposed the likes of tortoises and gamebirds to wind and wildfires.