Brazil may be too reliant on hydropower as it builds world’s 3rd biggest dam, according to US Department of Energy 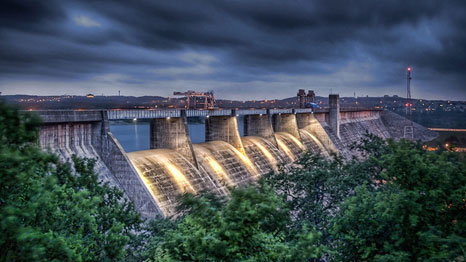 While rainfall has recently doused World Cup football pitches in southern and eastern Brazil, persistent drought elsewhere poses a challenge for the country’s hydropower, the US Department of Energy said on Tuesday.

“Brazil is currently experiencing its worst drought in 40 years, which has contributed to electricity blackouts in many Brazilian regions,” the Energy Information Administration (EIA) said.

“The south has been inundated with rainfall that has affected some World Cup matches, including those held in Natal, the site of team USA’s victory over Ghana last night,” it added.

“(But) the drought has persisted in northern Brazil. Much of Brazil’s hydroelectric potential lies in the country’s Amazon River basin. This reliance on one resource for most of the country’s electricity generation, combined with the distant and disparate locations of its population centers, has presented electricity reliability challenges.”

Hydropower is responsible for more than three quarters of Brazil’s electricity generation, making the present drought a topic of energy security.

Analysts expect that the country can cope with extra electricity demand during the World Cup, in the worst case limiting supply in regions not participating in the tournament, and stepping up gas-fired power.

Hydropower consumption last year fell by 6.8 million tonnes of oil equivalent (MTOE), while natural gas consumption almost made up the difference, growing by 5.4 MTOE, according to the BP data.

Notwithstanding the energy security risks, Brazil is in the process of building the world’s third biggest dam, on a tributary of the Amazon.

The country already has the world’s second biggest dam, by generating capacity, shared with Paraguay on the Parana River in the south west of the country. At around 14,000 megawatts (MW), it is second only to the China Three Gorges’ 22,500 MW.

And it is expected to commission an equally enormous dam within two years.

“The 14,000-megawatt Belo Monte dam along the Xingu River, expected to be completed in 2016, will become the second-largest dam in Brazil—and the third-largest dam in the world—at a projected cost of $13 billion,” the EIA said.