Southeast Asian country eyes up to 25% cut in carbon emissions by 2030, depending on international cash 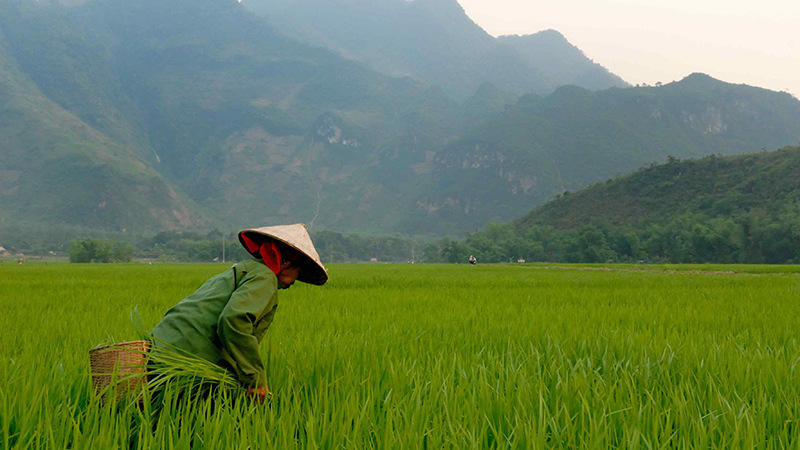 Vietnam, Asia’s eighth most populous country, will target at least a 12.5% reduction in greenhouse gas emissions by 2030, according to a draft government document.

The self-declared socialist republic could cut carbon by up to 25% on business-as-usual levels, its department of meteorology, hydrology and climate change said on Thursday.

The government can afford a third of what’s required to adapt to climate impacts over the 15 years, and “will seek support from the international community for the rest,” a translation of the document showed.

Countries are delivering national plans to the UN, which will form the basis of a global climate pact to be signed off in December. To date, 45 including the world’s leading carbon polluters – China, the US and EU – have posted so-called “intended nationally determined contributions”.

Vietnam is vulnerable to increased droughts and floods which could affect its agriculture-based economy, while sea-level rises might shrink mangrove forests, according to a 2009 report by the United Nations Environment Programme.

Its climate plan came out of a workshop and must be signed off by the prime minister before submission to a portal. The UN has set an October deadline.

Details of how rich countries will finance developing countries to climate-proof their economies remains to be ironed out at the December summit in Paris.

China, South Korea and Singapore have so far submitted INDCs in Asia. Vietnam, a country of about 90 million, made up 0.6% of global emissions in 2010.